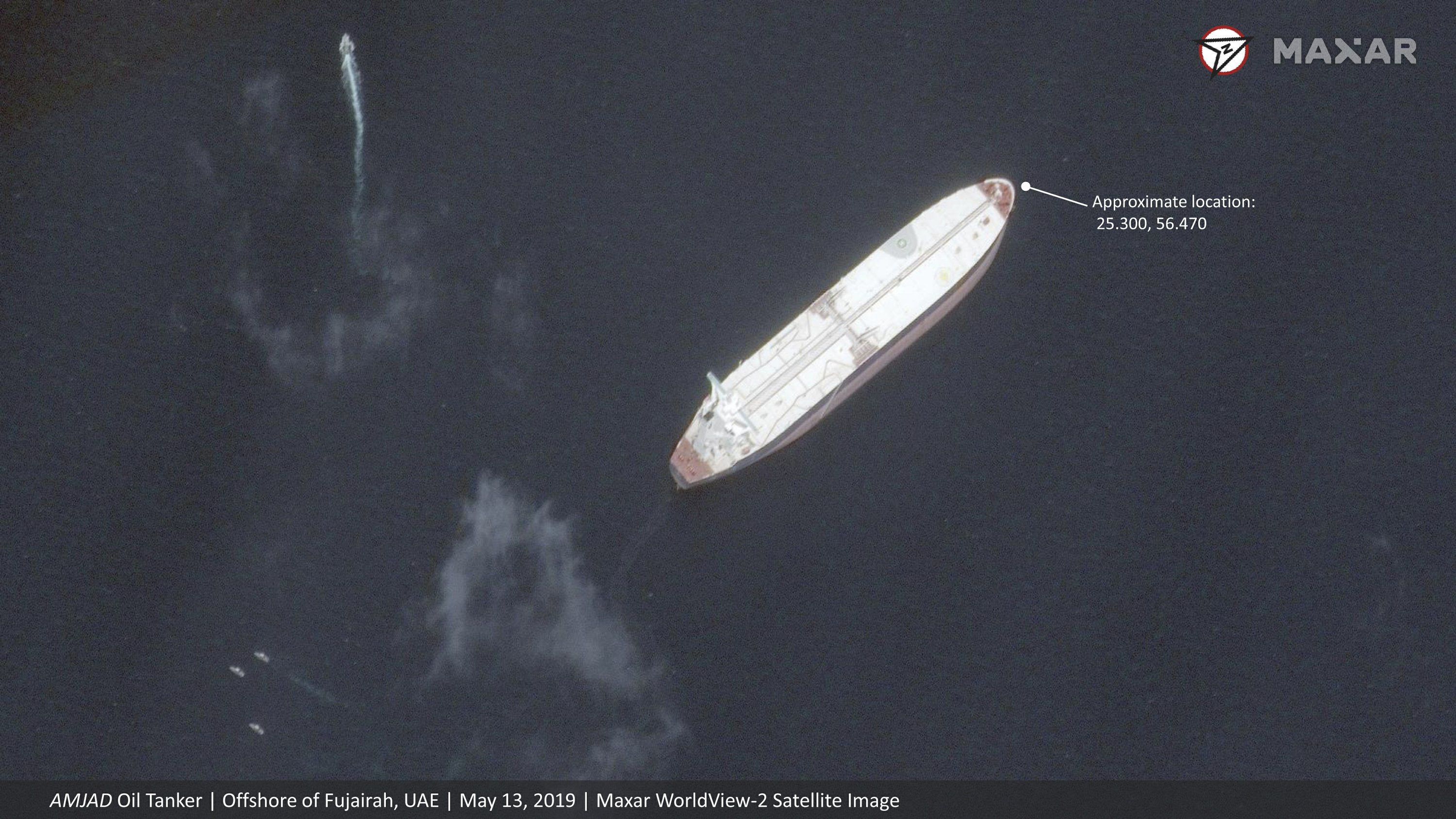 The images, provided Tuesday by Colorado-based Maxar Technologies, show the oil tankers. Two are from Saudi Arabia, one is Norwegian and the other is Emirati.

A boom surrounds the Emirati oil tanker, suggesting officials worry about an oil leak from the vessel.

Otherwise, the vessels do not show signs of massive damage. The Norwegian ship sustained a hole just above its hull in the incident.

A U.S. official, who spoke to the AP on condition of anonymity to discuss the ongoing investigation, said all the ships sustained similar damage.