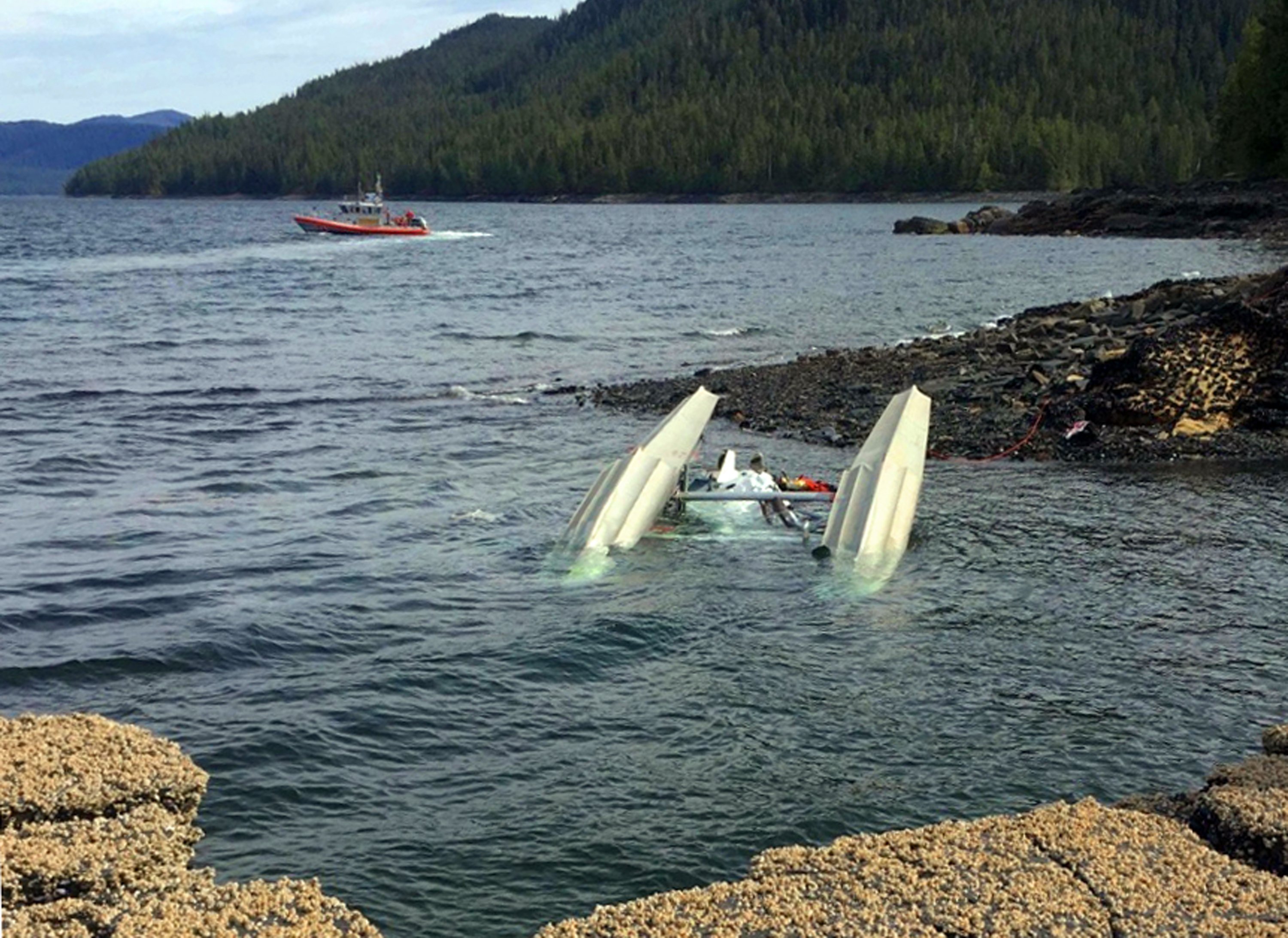 ANCHORAGE, Alaska — Two sightseeing planes that crashed in Alaska collided at about the 3,300-foot (1,006-meter) level, the National Transportation Safety Board announced shortly after an elite team arrived Tuesday from Washington, D.C., to investigate the crash.

The larger plane, a de Havilland Otter DHC-3 with 10 passengers and the pilot, had descended from 3,800 feet (1158 meters) feet and collided with a smaller de Havilland DHC-2 Beaver, carrying four passengers from the same cruise ship, the Royal Princess, and the pilot.

The federal investigation into the cause of the crash could take months, but a preliminary report is expected to be released within two weeks, said Peter Knudson, a spokesman for the NTSB.

Names have not been released for those killed or injured. However, Princess Cruises said all were Americans except for two passengers who had been missing and were from Canada and Australia.

The planes came down about a mile and a half apart, with some of the debris field on land, about 8 miles (13 kilometers) from Ketchikan, near George Inlet.

The Beaver, the smaller plane, appears to have broken apart in midair, according to Jerry Kiffer, duty incident commander of the Ketchikan Volunteer Rescue Squad. He said the plane’s tail and section of the fuselage were 900 feet (275 meters) from the aircraft’s floats, which landed near shore.

The smaller plane was partially submerged in the shore of George Inlet after the single-engine plane overturned and hit some trees before crashing, according to Coast Guard Lt. Brian Dykens. The larger Otter landed in water and sank, he said.

One passenger on the larger plane died, as did two passengers and the pilot on the smaller plane, Princess Cruises said in a release.

Canadian officials said Tuesday that one of its citizens was among the dead. Global Affairs Canada expressed condolences but did not identify the person because of privacy reasons.

After the crash, the 10 injured people were initially taken to a hospital in Ketchikan. Four patients with broken bones were later transferred to Harborview Medical Center in Seattle, spokeswoman Susan Gregg said.

The Royal Princess left Vancouver, British Columbia, on May 11 and was scheduled to arrive in Anchorage on Saturday.