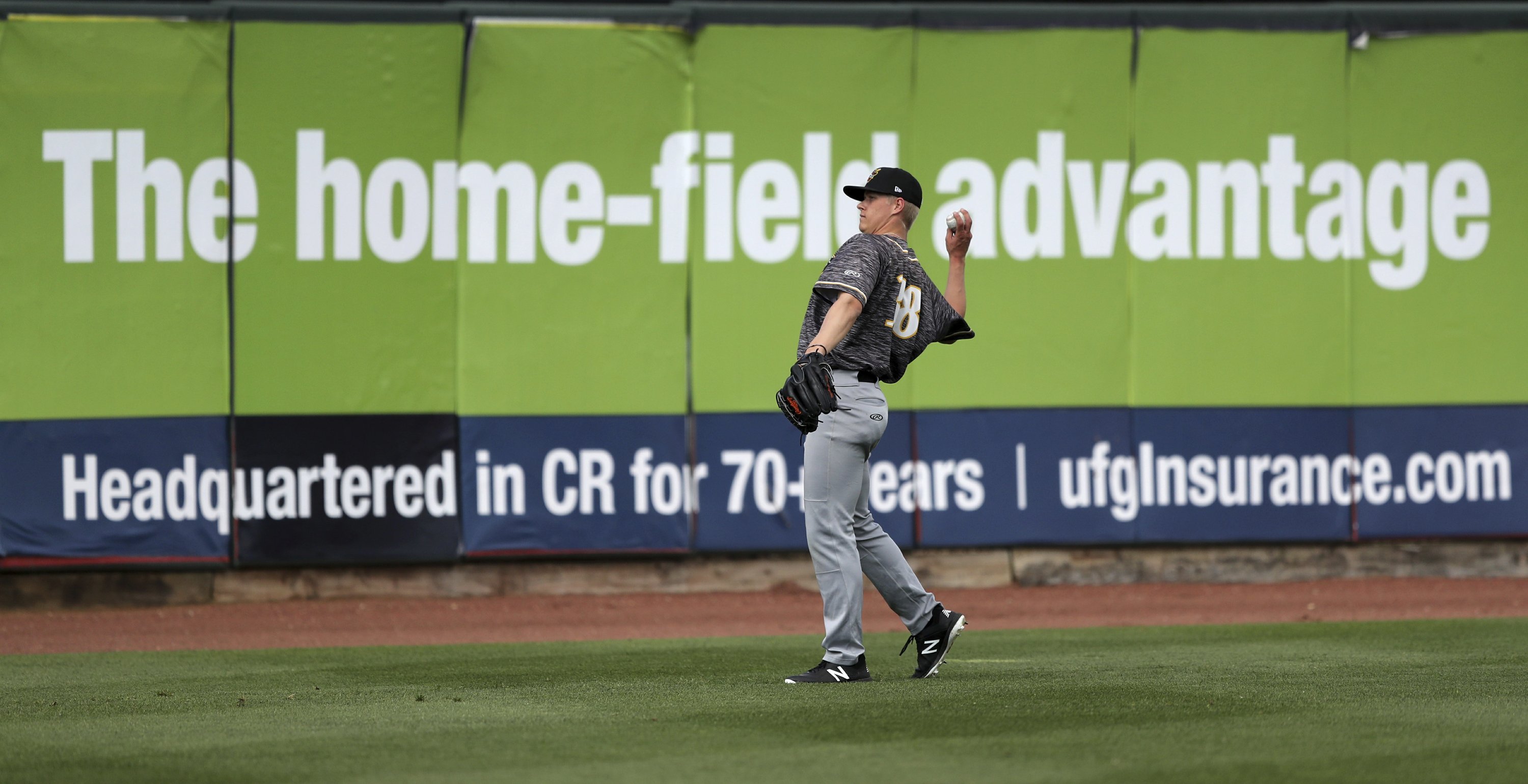 CEDAR RAPIDS, Iowa — For a minor league team that plays its home games in flood-ravaged Iowa on the swollen banks of the Mississippi River, the season so far has presented some unusual challenges.

The Quad Cities River Bandits are dragging their equipment everywhere they go because there’s no point in using their lockers. Worse than that, the players — all of whom are 23 are younger — sometimes don’t even know where they’ll be playing the next day.

The team named for its proximity to the Mississippi has been spending most of its time on a bus, baseball nomads on an unscheduled two-month road trip. The River Bandits will play 40 of their first 43 games away from their home in Davenport, a stretch capped with their most recent 12-day trip starting in nearby Cedar Rapids.

Quad Cities, the Houston Astros’ affiliate in the Class-A Midwest League, aims to be back at Modern Woodmen Park — a gem of a stadium flanked by a Ferris wheel and the 78-year-old Centennial Bridge, which connects Davenport with Rock Island, Illinois — for the team’s scheduled return on May 24.

Until then, the club will continue to be a visitor every time it plays.

“Every day it’s like, ‘Wow. What are we doing?’” rookie manager Ray Hernandez said. “We’re on the bus every day.”

Like many Midwestern cities, riverfront areas of Davenport have been inundated with floodwaters in the wake of a warm and wet spring that followed a miserable winter. But the park itself has largely escaped damage because of measures taken to mitigate flood damage during a renovation 15 years ago.

In early April, Canadian Pacific raised a stretch of railroad track just outside the park to protect against the rising waters, choking off a crucial bridge that provides access to the stadium.

The River Bandits resolved that issue in time to play three home games before a breached levee on April 30 left the area outside the stadium surrounded with water. When the floodwaters receded, they left rancid muck behind.

Back on the road the River Bandits went.

“I don’t know if we have figured it out,” Hernandez said. “It hasn’t been easy. But we’ve done our best to make it as normal as possible.”

The club has dealt with flooding in the past, most recently in 2008, 2011 and 2013. But the stadium is so beloved — it was voted the top minor league stadium in the country in a USA Today poll of its readers six years ago — that club officials have decided to coexist with the mighty Mississippi instead of moving to higher ground.

“The beauty of the park speaks to the fact that we want to keep it where it is. Moving it is not really an option, obviously,” Quad Cities general manager Jacqueline Holm said.

As a consequence, this year’s River Bandits have been left scrambling for homes away from home.

Quad Cities benefited from an early schedule front-loaded with road games. Still, a home series against Cedar Rapids instead became a road one, and a set with Kane County (Illinois) was moved to Peoria.

Hansen, a 22-year-old former Oklahoma Sooner who grew up in Kansas City, Kansas, said his parents were planning to make the five-hour drive to see him pitch before the Kane County series was relocated.

“We’re all just laughing at it like, ‘Is this really real?’ Because never knew where we were playing,” Hansen said. “Everybody’s families were trying to come in, and we’re trying to make plans for that.”

The River Bandits hosted the Lansing Lugnuts for a three-game series at the University of Iowa’s Banks Field, a sparse facility hardly suitable for pro ball about an hour’s drive from Davenport. But their subsequent weekend series with the Great Lakes Loons was canceled because Iowa was hosting Michigan State.

“It was challenging, as one can imagine, because no one is obligated to help us,” Holm said. “It’s just basically cashing in some favors.”

Through all of it, one constant has emerged for the weary River Bandits.

Quad Cities entered Wednesday’s action in first place at 23-11. Hernandez believes the River Bandits might be succeeding in part because they’re too young to be fazed by the disruption to their routine.

“It’s a baseball field. They know that,” the manager said. “It really hasn’t affected them.”