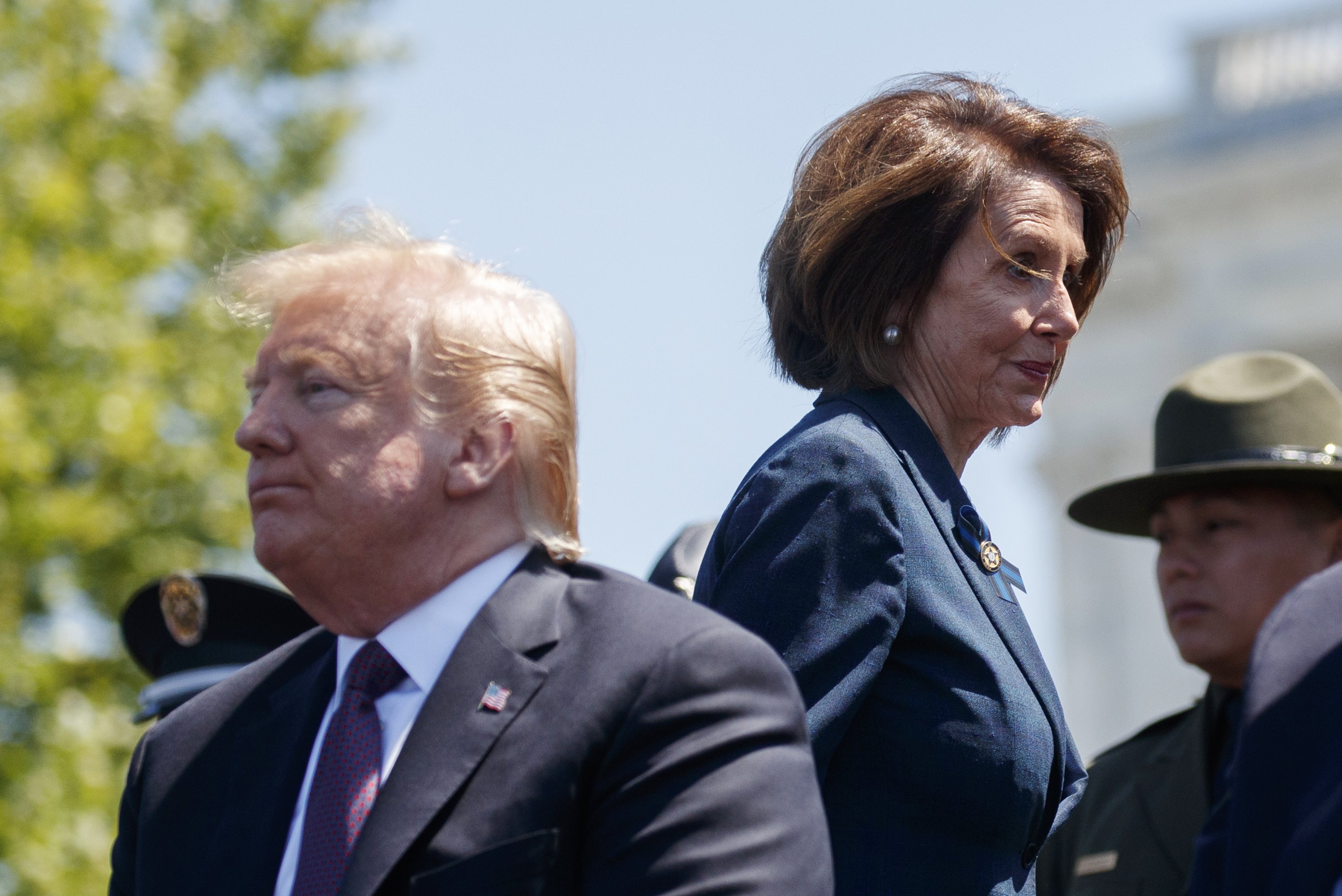 WASHINGTON — Sudden White House moves in the Mideast sparked alarm in Congress on Wednesday as House Speaker Nancy Pelosi warned President Donald Trump away from war with Iran and lawmakers in both parties demanded more information on his thinking.

The top leaders in Congress — the so-called Gang of Eight— are to receive a classified briefing from the administration on Thursday. But Pelosi said the White House has resisted a wider presentation for all lawmakers, part of what Democrats say is a pattern of stonewalling. Some Republicans, including Utah Sen. Mitt Romney, sought out their own briefings as the administration called U.S. personnel home from Iraq and sent military might to the Persian Gulf, claiming unspecified threats linked to Iran.

Pelosi said Trump has “no business” moving toward a Middle East confrontation without approval from Congress.

“We have to avoid any war with Iran,” she told fellow Democrats in a private meeting, according to a person in the room who was granted anonymity to discuss it.

On Wednesday, the U.S. ordered all non-essential personnel to leave Iraq, and last week an aircraft carrier group and other resources were shifted to the Persian Gulf region. In public and in private, officials are sticking by the administration’s warnings of serious threats from Iranian-backed forces in the region, yet they reject the idea that the U.S. moves are a prelude to war. Trump himself denied a report Tuesday that the administration had reviewed a plan to send 120,000 troops. 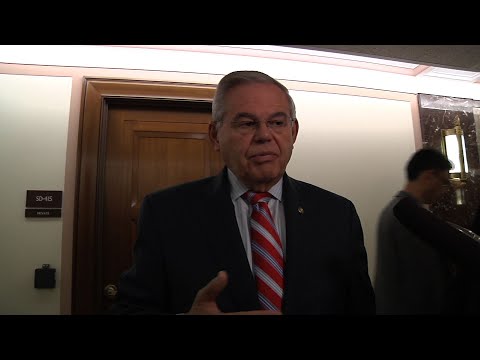 Still, the actions are exposing skepticism in the U.S. and among foreign allies, a legacy of the 2003 invasion of Iraq that was based on false intelligence. U.S. officials have not publicly provided any evidence to back up claims of an increased Iranian threat.

“Congress has not authorized war with Iran, and the administration, if it were contemplating military action with Iran, must come to Congress to seek approval,” said Sen. Bob Menendez of New Jersey, top Democrat on the Senate Foreign Relations Committee. He said he had never seen anything like the “non-answers” coming from the administration.

Republicans who have been briefed said the threats are real.

The chairman of Foreign Relations Committee, Jim Risch of Idaho, said that based on the information he received he supports the administration actions, including the repositioning of the USS Abraham Lincoln aircraft carrier to the Gulf.

And Republican Marco Rubio of Florida said the information he’s seen shows “by far the single most imminent potential conflict of this significance” in his eight years in Congress. He said, “The intelligence is unmistakable and clear and it’s backed by observable movement on the ground.”

Still, Romney expressed support for the Senate Democrats’ request for more information in a classified briefing, and Risch said a broader briefing for senators, perhaps next week, was “in the works.”

State Department officials said threats in the region were credible and based on intelligence showing Iranian-backed militias had been moving personnel and weaponry as well as stepping up surveillance of U.S. and U.S.-affiliated facilities in Iraq and other parts of the Middle East. The officials were not authorized to comment publicly by name and spoke only on condition of anonymity.

They pushed back against speculation that the decision to bring nonessential personnel home from Iraq was a prelude to military conflict. There is no U.S. desire for war, said one official, who had returned earlier Wednesday from Europe with Secretary of State Mike Pompeo.

Several Democrats pinned the sudden moves in part on National Security Adviser John Bolton, known for his hawkish views. Some have suggested Pompeo and Bolton don’t see eye-to-eye on the U.S. strategy, and Trump found it necessary to comment on that.

“There is no infighting whatsoever,” he tweeted on Wednesday. “All sides, views, and policies are covered,” and he reserves the “decisive and final decision,” he said.

“I’m sure that Iran will want to talk soon,” he said, without elaboration.

Earlier this year, Congress forced Trump into the first veto of his administration over a resolution that passed the House and Senate to halt U.S. involvement in the Saudi-led war against Iranian backed Houthi rebels in Yemen.

Rep. Jim Himes, D-Conn., a senior member of the Intelligence Committee said, “The people inside the administration who are trying to start a war know that if they have this conversation in an open and transparent way, there will be very substantial pushback from both parties and both houses of Congress.”

Republican Rep. Will Hurd of Texas, who is a former CIA officer, said the administration’s information on Iran is highly sensitive and by nature cannot be shared with a wide audience.

“When you get such credible intelligence that leads to major decisions like rerouting aircraft carriers, it’s important that the way the information is collected is not damaged,” Hurd said. “You need to protect sources and methods.”

Pelosi warned that the administration cannot rely on the most recent use-of-force authorization approved by Congress nearly 20 years ago for the wars in Iraq and Afghanistan.

“They have no business declaring a war without the consent of Congress,” she said.

The administration canceled a separate briefing on Iran that had been scheduled for Wednesday with the House Intelligence Committee, according to people familiar with the situation.

Since last week, House leaders have been asking for a classified session for lawmakers on the situation with Iran, but Pelosi said the administration indicated it couldn’t come together “that fast.”

An administration official said they have no plans for a wider briefing at this point.

“The bigger problem is, so what if you get a briefing,” said Rep. Karen Bass, D-Calif., a member of the House Foreign Affairs Committee who raised broader questions of Trump’s foreign policy. “What does my briefing mean if he comes out and tweets something?”