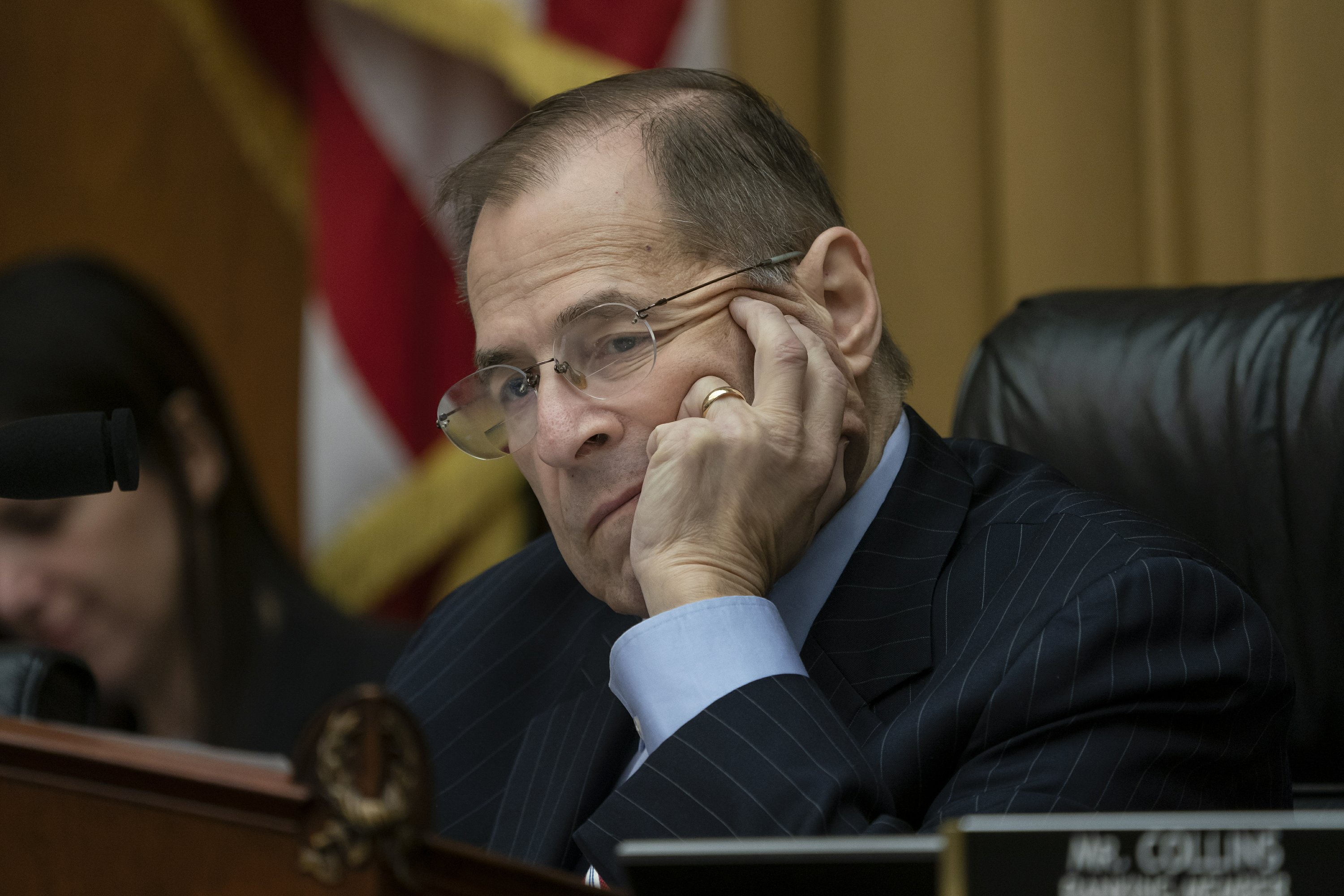 WASHINGTON — The White House sharply escalated its resistance to congressional attempts to investigate President Donald Trump, notifying the House Judiciary panel Wednesday that it would refuse to comply with sweeping requests for documents and witness testimony while declaring that the legislative branch had no right to a “do-over” of the special counsel’s Russia probe.

White House counsel Pat Cipollone sent a 12-page letter to the committee chairman, Rep. Jerrold Nadler, D-N.Y., labeling congressional investigations as efforts to “harass” Trump in the wake of special counsel Robert Mueller’s probe into Russian election interference. Current and former administration officials will not be permitted to testify, according to the White House, and the administration will fight subpoenas as Congress moves to step up investigations into Trump’s presidency and finances.

Cipollone offered what has become a new favored talking point among Trump’s allies: that Congress is a legislative, not law enforcement, body and does not have a right to pursue most investigations.

“Congressional investigations are intended to obtain information to aid in evaluating potential legislation, not to harass political opponents or to pursue an unauthorized ‘do-over’ of exhaustive law enforcement investigations conducted by the Department of Justice,” Cipollone wrote.

The White House counsel stopped short of invoking blanket executive privilege, but he said the White House would only cooperate with narrow requests from Nadler if Congress explained the legislative purposes behind them.

Nadler said the White House’s arguments were “ridiculous” and “un-American” and would hold the president above the law. He added, for the first time, that the committee was seriously considering “very large” fines for witnesses who do not comply.

“Of course we will totally reject it,” Nadler said.

White House officials said the release of a redacted version of Mueller’s 448-page report last month made the congressional probes unnecessary and gratuitous. Though Trump and his allies routinely attacked Mueller’s integrity, the White House has found fit to praise the special counsel when it suits them: Officials on Wednesday declared Mueller’s team to be “professional” and “hard-charging” and insisted that Mueller’s conclusions be honored.

Mueller did not conclude that the Trump campaign conspired with Russia. He did not rule on whether Trump obstructed justice, although Attorney General William Barr said the report shows that the president did not.

“The appropriate course is for the committee to discontinue the inquiry,” the White House counsel wrote. “Unfortunately, it appears that you have already decided to press ahead with a duplicative investigation, including by issuing subpoenas, to replow the same ground the special counsel has already covered.”

Democrats are clashing with the administration on myriad fronts, including over access to Mueller’s full report. Trump for the first time earlier this month invoked the principle of executive privilege, claiming the right to block lawmakers from the unredacted document about Russian interference to help Trump in the 2016 election.

The Judiciary panel voted to hold Barr in contempt of Congress after he defied its subpoena for the unredacted report. Another contempt resolution could be coming soon if Barr defies a separate subpoena from the House Intelligence Committee, also for the unredacted version. The deadline for the Justice Department to comply was Wednesday.

Judiciary panel voted to hold Barr in contempt of Congress after he defied the committee’s subpoena for the unredacted report.

Trump told his staff and political advisers in recent weeks to refuse to cooperate with Democrats, declaring the party’s goal was simply to damage him politically as he goes into his reelection campaign. The coming legal battle could stretch to 2020, and the White House is aiming to tie up congressional probes until Election Day.

Democrats, while debating whether to proceed down a path toward impeachment, have ratcheted up their probes. Earlier this spring, Nadler requested documents from 81 Trump allies or Trump-related entities as part of an extensive investigation into whether Trump abused his power, engaged in corruption or obstructed justice. The letters went to Trump’s family, aides and employees, including former White House counsel Donald McGahn, former communications director Hope Hicks, former adviser Stephen Bannon and current adviser Jared Kushner, Trump’s son-in-law.

Trump and his advisers have painted the investigations as partisan overreach by Democrats disappointed by Mueller’s findings. The White House has moved to block the Democrats at every turn, laying the groundwork for what could be months of legal and political battles over the president’s tax returns, his business’s financial records and the testimony of his current and former aides.

The president’s eldest son, Donald Trump Jr, agreed Tuesday to a limited interview next month with the Republican-led Senate Intelligence Committee. Democrats are also seeking Mueller’s testimony, though a date has not been set.

Though Barr has indicated he would not block the special counsel from appearing, Trump has told confidants that he was fearful of the media spectacle that testimony from Mueller — who has not spoken publicly in two years — would create.