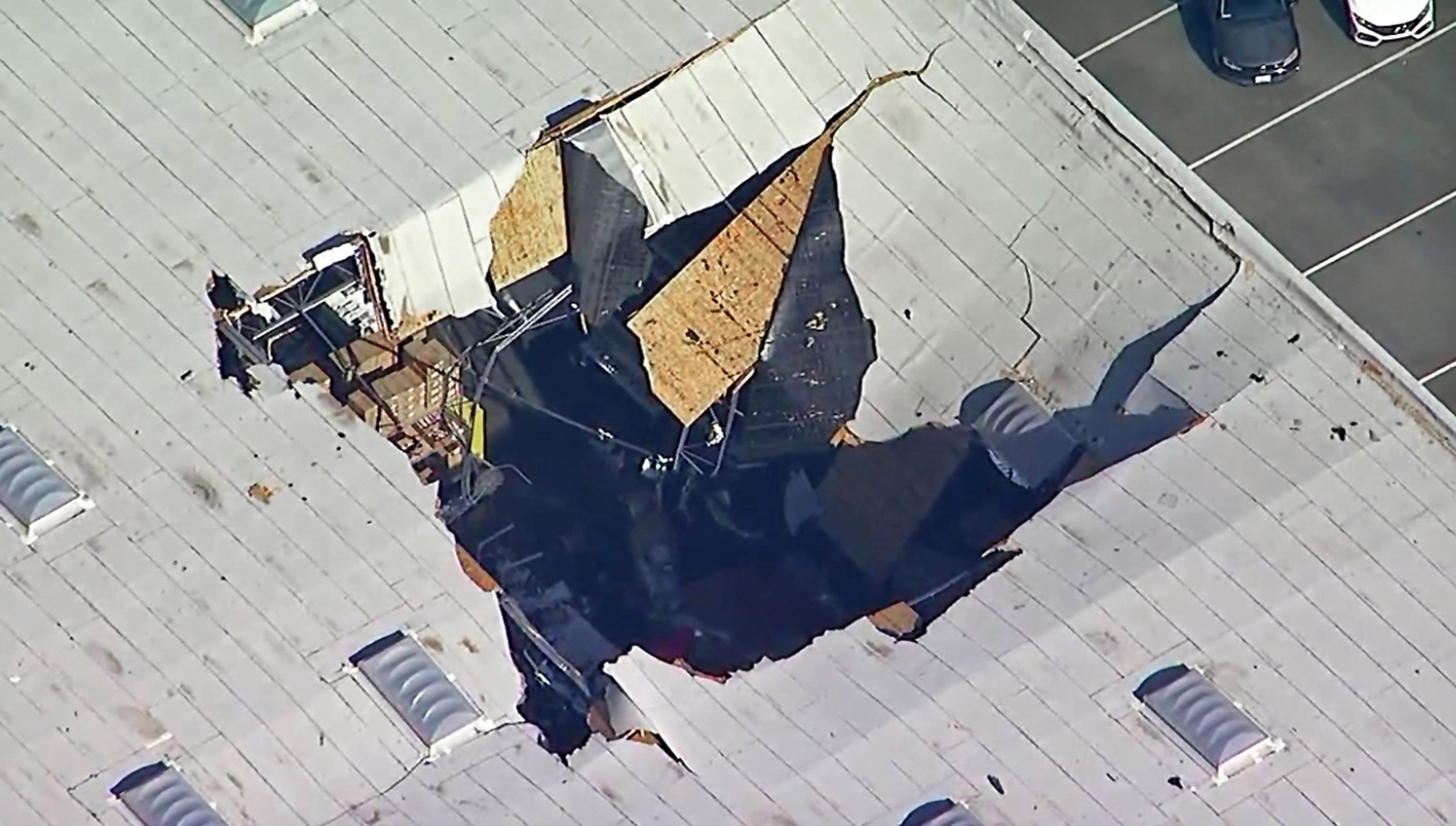 RIVERSIDE, Calif. — A warehouse worker said he heard the deafening noise of an F-16 jet moments before it smashed through the roof of the building near a Southern California air base.

“Next thing I know I just hear this explosion and turn around to the back of the building, and I just seen a burst of flames and just the ceiling started falling through every part of the building,” Daniel Gallegos told KABC-TV. “I turned around, and my co-worker just told me to get out, so I just made a run for it.”

The pilot ejected and parachuted to safety before the Air National Guard fighter plane hit the warehouse in an industrial area across the freeway from March Reserve Air Base on Thursday afternoon.

He was taken to a hospital for evaluation. In total, a dozen people were hosed off for exposure to debris before being taken to hospitals for evaluation and treatment of minor injuries, state fire Capt. Fernando Herrera said.

The crash started a small fire that was quickly doused by the building’s sprinklers, Herrera said.

Gallegos said he believed a co-worker was struck by something, possibly a falling sprinkler. Herrera said there were no major injuries.

Television news showed a large hole in the roof and sprinklers on inside the building about 65 miles (105 kilometers) east of Los Angeles. 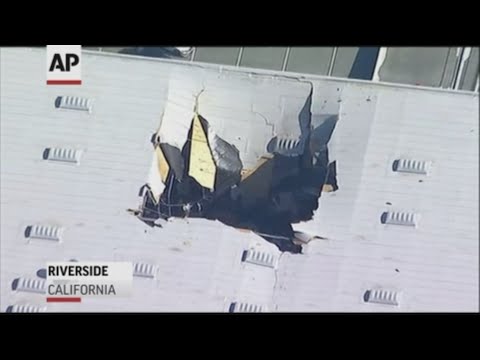 Cellphone photos and video from inside showed what appeared to be the tail of the plane buried in twisted metal and piles of cardboard boxes.

A large area around the warehouse was evacuated and nearby Interstate 215, which runs between the base and warehouse, was shut down until crews could render the jet’s weaponry and ordnance safe.

“As long as the aircraft is here, we are considering it a viable and dangerous area and we’re taking the precautions necessary,” Herrera said late Thursday night.

The air base commander, Col. Melissa Coburn, declined to describe the aircraft’s armament.

“The pilot was having hydraulic problems,” Holliday said. “He started losing control of the aircraft.”

The jet’s cockpit canopy was on a runway, and a parachute had settled in a nearby field.

The jet didn’t cause a major fire or explosion, which was “a miracle,” Holliday said.

The F-16 was on a training mission under the direction of the North American Aerospace Defense Command. The pilot is from the 144th Fighter Wing, an Air National Guard unit based in Fresno, and the F-16 belongs to the South Dakota Air National Guard in Sioux Falls.