Back to the drawing board: UK Brexit compromise talks fail 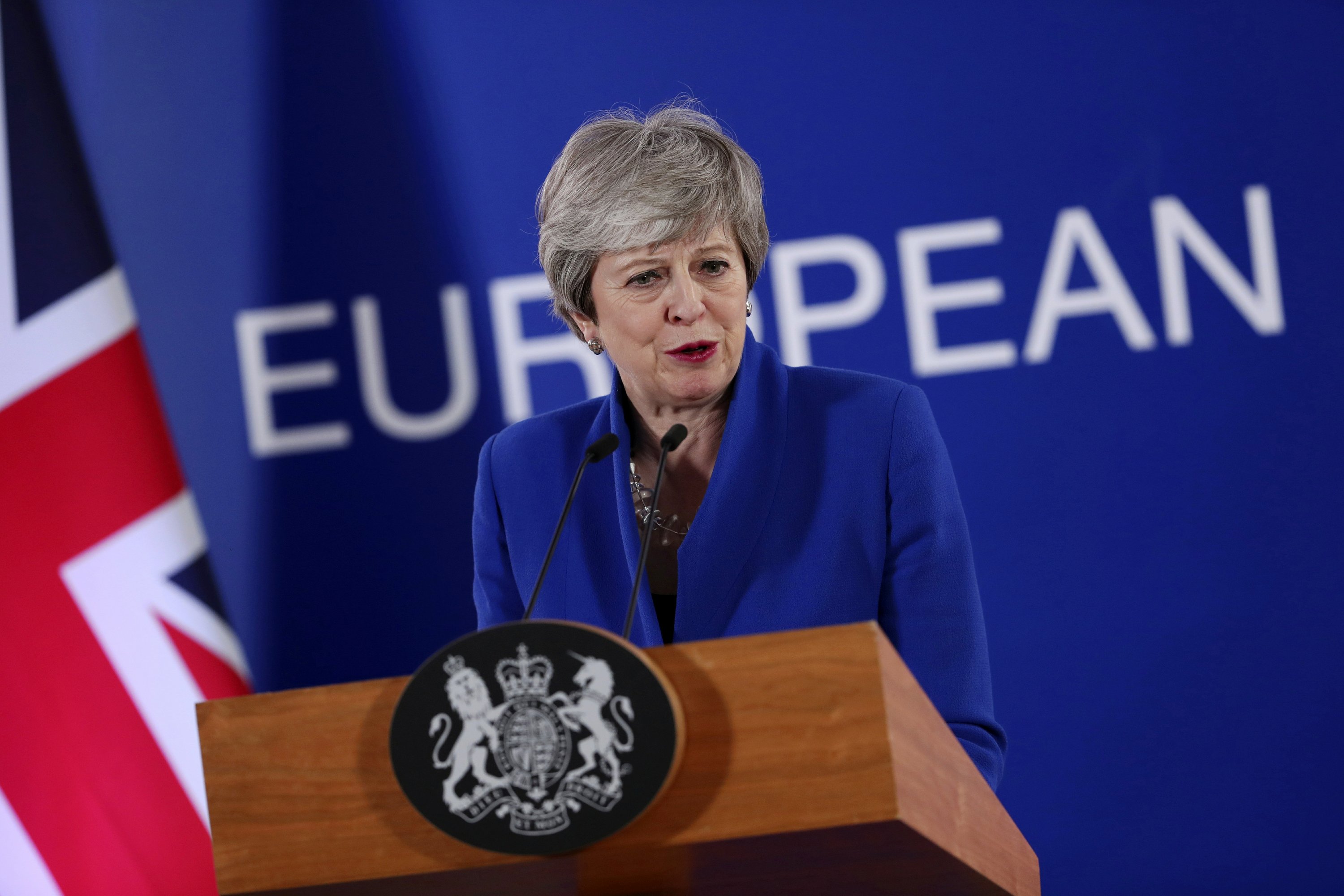 LONDON — Talks between Britain’s government and opposition aimed at striking a compromise Brexit deal broke down without agreement Friday, plunging the country back into a morass of uncertainty over its departure from the European Union.

Opposition Labour Party leader Jeremy Corbyn said the talks with Prime Minister Theresa May’s Conservative government had “gone as far as they can.”

In a letter to May released by Labour, Corbyn said “we have been unable to bridge important policy gaps between us.”

And with May set to announce within weeks that she plans to step down, Corbyn said the “increasing weakness and instability” of the government made striking a lasting agreement impossible.

Speaking Friday, Corbyn said “divisions within the Conservative Party mean it’s a government that is negotiating with no authority and no ability, that I can see, to actually deliver anything.”

May’s spokesman, James Slack, confirmed that no further talks were planned with Labour.

“We have made real progress on some issues such as workers’ rights and environmental protections, but it is clear that we are not going to be able to reach a complete agreement,” he said.

The two sides have held weeks of negotiations to try to agree on terms for Brexit that can win support in Parliament. The talks began after lawmakers rejected May’s divorce deal with the EU three times.

But the Conservatives and left-of-center Labour differ on how close an economic relationship to seek with the bloc after the U.K. leaves. Labour wants to stick close to EU rules in order to guarantee seamless trade, while the government wants a looser relationship that would leave Britain freer to strike new trade deals around the world.

Britain was due to leave the EU on March 29, but the bloc has extended the Brexit deadline until Oct. 31 amid the political impasse in the U.K.

That deadlock has deepened this week with the breakdown of the cross-party talks and intensifying pressure on May from within the Conservative Party to quit.

Pro-Brexit Conservatives are furious that Britain hasn’t yet left the EU, almost three years after voters backed Brexit in a referendum. Many blame May and want her replaced with a more staunchly pro-Brexit leader such as former Foreign Secretary Boris Johnson.

On Thursday, May agreed to set out a timetable for her departure early next month, raising the prospect that Britain will get a new prime minister before it leaves the EU.

Her resignation, when it comes, will trigger a party leadership contest in which any Conservative lawmaker can run. The winner will become party leader and prime minister without the need for a general election.

Several members of May’s Cabinet have already started unofficial leadership campaigns, including Johnson, who told a business event Thursday that “of course I’m going to go for it.”

May plans to make a fourth attempt to get lawmakers’ backing for Brexit terms by putting a withdrawal agreement bill to a vote during the week of June 3.

She says that if it passes, Britain could leave the EU in July, well before the October deadline set by the bloc.

But it’s unclear how the government plans to persuade a majority of lawmakers to back May’s EU divorce terms, since few on either side of the Brexit divide seem prepared to change their positions.

Pro-Brexit politicians think the withdrawal agreement keeps Britain bound too closely to the EU’s rules, while pro-Europeans think it relinquishes many of the benefits of EU membership.

Corbyn said Friday that “without significant changes, we will continue to oppose the government’s deal as we do not believe it safeguards jobs, living standards and manufacturing industry in Britain.”