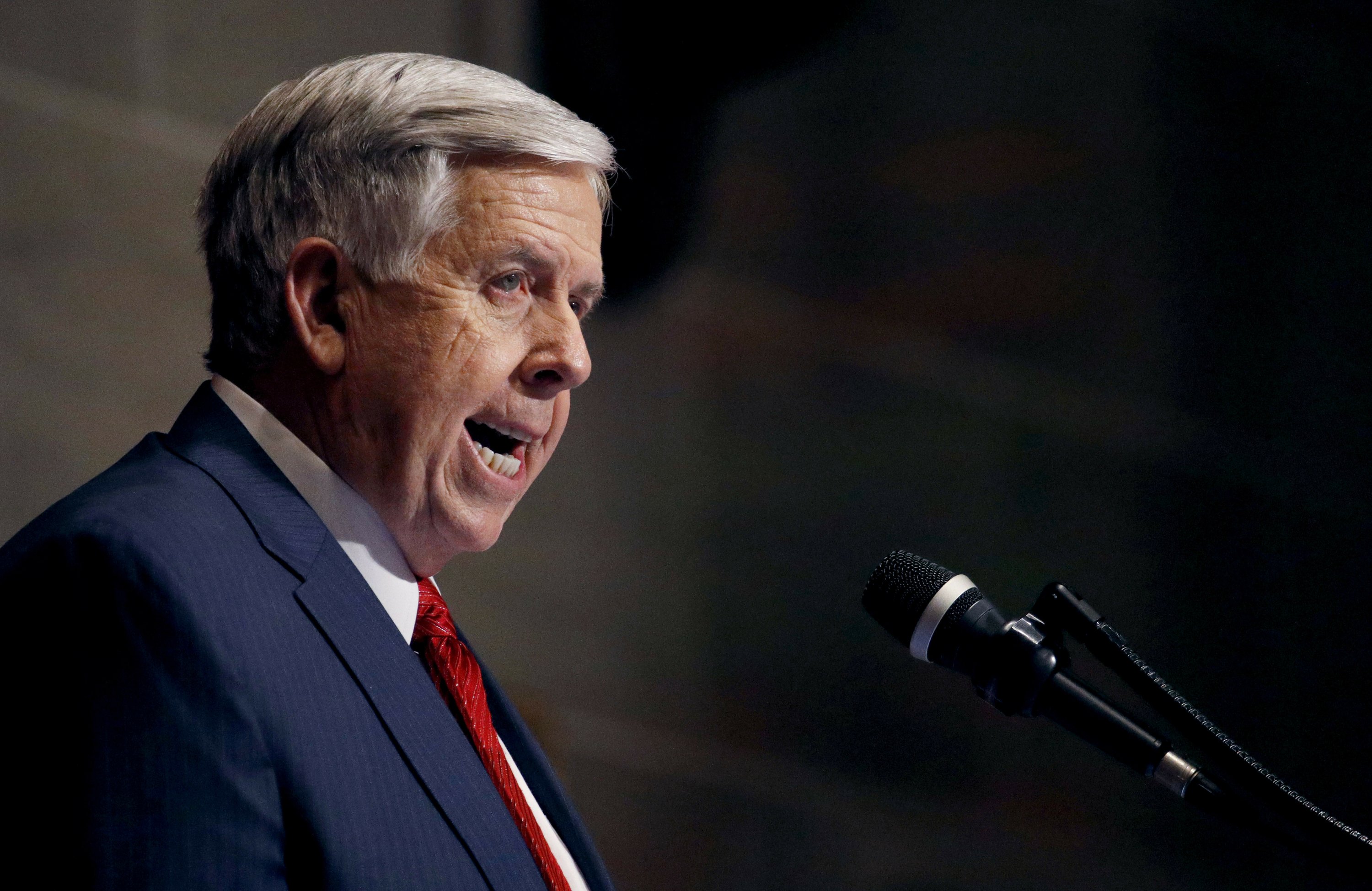 JEFFERSON CITY, Mo. — Missouri’s Republican-led House is expected to pass a sweeping bill to ban abortions at eight weeks of pregnancy on lawmakers’ final day in session Friday, joining Alabama and several other states that have moved recently to severely restrict the procedure..

If enacted, the ban would be among the most restrictive in the U.S. It would include exceptions for medical emergencies, but not for pregnancies caused by rape or incest. Doctors would face five to 15 years in prison for violating the eight-week cutoff. Women who receive abortions wouldn’t be prosecuted.

Republican Gov. Mike Parson is likely to sign the bill.

“Until the day that we no longer have abortions in this country, I will never waiver in the fight for life,” Parson said during a Wednesday rally with supporters of the legislation.

Planned Parenthood Action Fund President Leana Wen said in a statement that enacting the measure would be “disastrous.”

“Missouri Gov. Parson should be ashamed of riding the disgraceful coattails of 25 white men in Alabama who just voted to ban safe, legal abortion,” Wen said.

The Missouri legislation comes after Alabama’s governor signed a bill Wednesday making performing an abortion a felony in nearly all cases.

Supporters say the Alabama bill is meant to conflict with the 1973 Roe v. Wade decision that legalized abortion nationally in hopes of sparking a court case that might prompt the current panel of more conservative justices to revisit abortion rights.

Kentucky, Mississippi, Ohio and Georgia also have approved bans on abortion once fetal cardiac activity can be detected, which can occur in about the sixth week of pregnancy. Some of those laws already have been challenged in court, and similar restrictions in North Dakota and Iowa previously were struck down by judges.

Missouri’s bill also includes an outright ban on abortions except in cases of medical emergencies. But unlike Alabama’s, it would kick in only if Roe v. Wade is overturned.

If courts don’t allow Missouri’s proposed eight-week ban to take effect, the bill includes a ladder of less-restrictive time limits that would prohibit abortions at 14, 18 or 20 weeks or pregnancy. Republican House Speaker Elijah Haahr has said the goal is for the legislation to withstand court challenges.

A total of 3,903 abortions occurred in Missouri in 2017, the last full year for which the state Department of Health and Senior Services has statistics online. Of those, 1,673 occurred at under nine weeks and 119 occurred at 20 weeks or later in a pregnancy.

Missouri lawmakers have until 6 p.m. Friday to pass bills. Other pending measures include a $300 million bonding plan to pay for bridge repairs across the state.