Trump, de Blasio: Both look in mirror and see a president 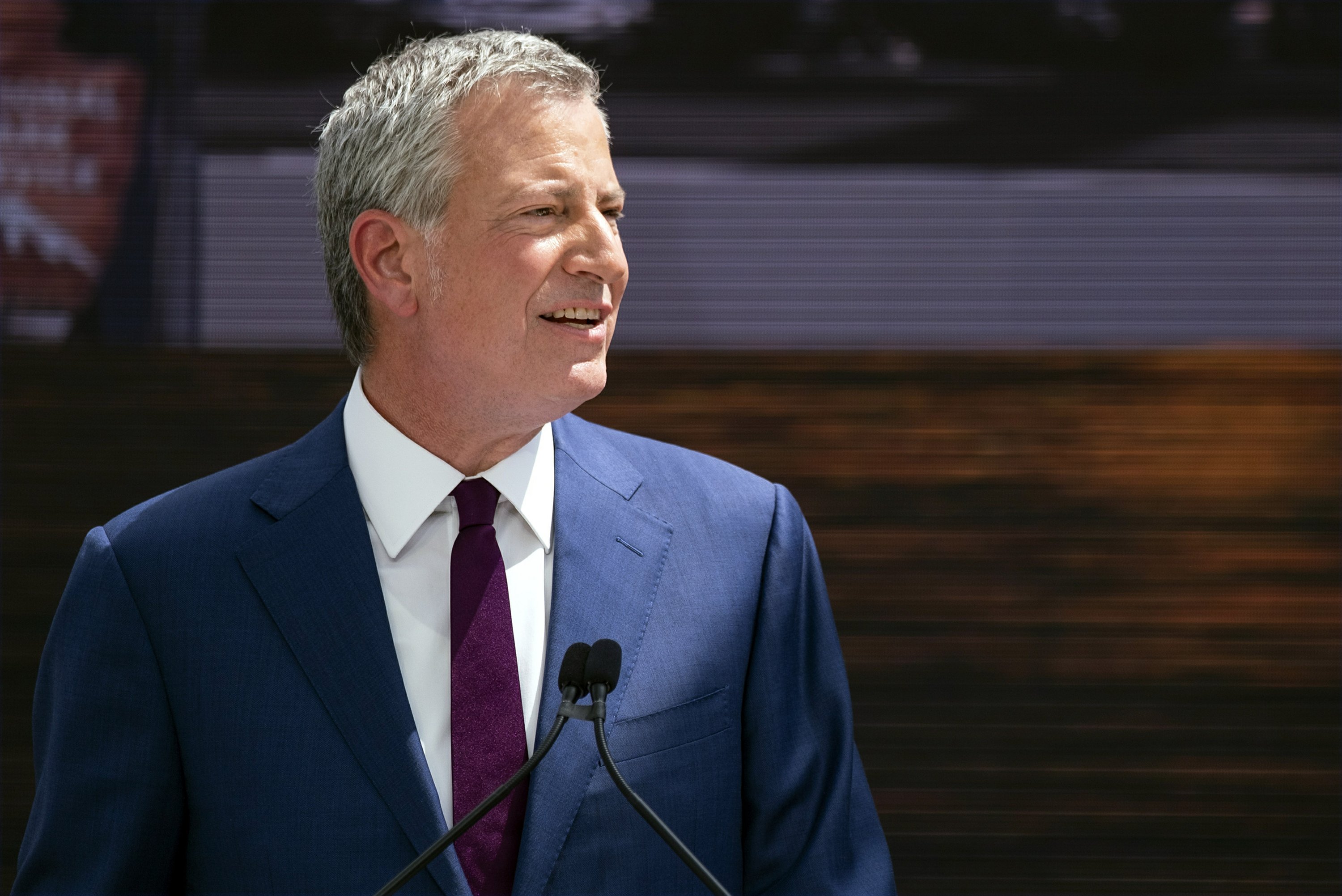 NEW YORK — He’s deeply unpopular among fellow New Yorkers, often savaged by the city’s tabloids and fights with the media that cover him. He also believes he can be elected president in 2020.

On the day when de Blasio, New York City’s Democratic mayor, announced his unlikely candidacy for president, the current occupant of the White House was headed back to his hometown of New York to raise campaign cash.

“The Dems are getting another beauty to join their group. Bill de Blasio of NYC, considered the worst mayor in the U.S., will supposedly be making an announcement for president today,” Trump tweeted early Thursday. “He is a JOKE, but if you like high taxes & crime, he’s your man. NYC HATES HIM!”

De Blasio dished out his own gibes.

“I’m going to keep calling him ‘Con Don’ because that’s what he deserves to be called,” de Blasio said after declaring his candidacy. “He’s a con man, and we New Yorkers know a con man when we see one.”

There are significant limits to any comparison between the two men: They are on opposite ends of the political spectrum and have wildly different family and economic backgrounds. And while Trump is the most polarizing and talked-about politician on the planet, de Blasio suffers from low national name-recognition and is often greeted with shrugs even across the five boroughs he governs. 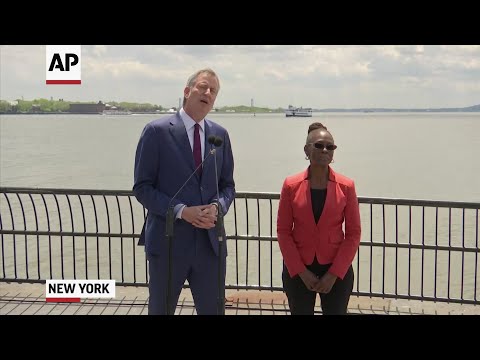 But they are also deeply intertwined, their political pasts — and perhaps futures — connected to the city they call home.

The president’s shadow looms large over New York, buildings that bear his name filling the skyline. On Thursday, he was set to attend a fundraiser on Manhattan’s Upper East Side — not far from the mayoral residence, Gracie Mansion.

Trump, who is wildly unpopular in the city, was greeted by a small group of protesters, chanting, “Hey hey, ho ho, Donald Trump has got to go.” Trump has largely avoided visiting the city, saying he doesn’t want to snarl traffic, as he did during Thursday’s evening rush hour.

After arriving in New York, Trump tweeted a video of himself aboard Air Force One predicting that the mayor won’t last long in the 2020 race and saying that de Blasio, who was traveling to Iowa on Thursday to campaign, should go home.

“I wish him luck. But really, it’d be better off if you got back to New York City and did your job for the little time you have left,” Trump said.

De Blasio, who was reelected in 2017 to a second term governing the nation’s largest city, has spent years defining himself as the anti-Trump.

Earlier this week, de Blasio held a rally outside Trump Tower, threatening its owner with hundreds of thousands of dollars in environmental fines. He feuded on Twitter with the president’s two adult sons over his mayoral record. And when announcing his presidential bid on Thursday, he made the case that he was the ideal candidate to take on Trump.

“I know how to challenge this guy,” he said.

De Blasio, a liberal former political operative, is far more representative of his hometown’s politics than Trump, who received just 18 percent of the city’s vote in 2016. But for a mayor who was reelected with 66 percent of the vote only a year and a half ago, de Blasio’s presidential candidacy has been met with derision and mockery at home.

Only 21 percent of New York City Democrats wanted de Blasio to run for president, according to one recent poll, while 73 percent did not.

By nearly any measure, and contrary to Trump’s morning broadside, New York has continued to prosper under de Blasio’s watch: Crime is at a record low, the economy is booming, tourists are coming and his signature plan to institute free prekindergarten is being copied across the nation.

But de Blasio, who has long offered himself as a champion for working-class New Yorkers, has consistently produced eye rolls among the city’s chattering class with a number of memorable gaffes. He dropped a groundhog that died soon afterward. Most days he is driven in a city-owned SUV the 12 miles (19 kilometers) to his gym. He ate pizza with a knife and fork. He has feuded with the state’s Democratic governor, Andrew Cuomo. And he, to be kind, has struggled with punctuality.

More substantively, the city has grappled on his watch with a crumbling subway system, a rising homeless population and growing income inequality. Few in de Blasio’s political circle urged him to launch his campaign, one that many ex-aides feel is fueled by boredom with his current job, a lack of bold ideas in the aftermath of a near police mutiny and frustration that he has been eclipsed by other progressives, like Elizabeth Warren and Bernie Sanders.

Trump, meanwhile, had lived his entire life in New York before becoming president but has only made a handful of return trips since taking office. His visits are greeted with scorn, with New Yorkers angry at the traffic he generates and the “Make America Great Again”-colored stain they believe he has spilled on their deep blue city. Though the president’s political base lives in the red states of the Midwest and South, many of his core beliefs, and ability to generate attention, were shaped by his decades contending with New York’s real estate market and gossip pages.

And his ties to the city remain: His two adult sons, Don Jr. and Eric, still live there. His business remains based there. And the investigators at the Southern District of New York, still probing the innerworkings of his company and campaign, operate there.

De Blasio, though a 2020 longshot, made clear on Thursday that he’d keep returning Trump’s fire, promising: “I’m going to be very aggressive with this guy ’cause that’s the only way to deal with him.”