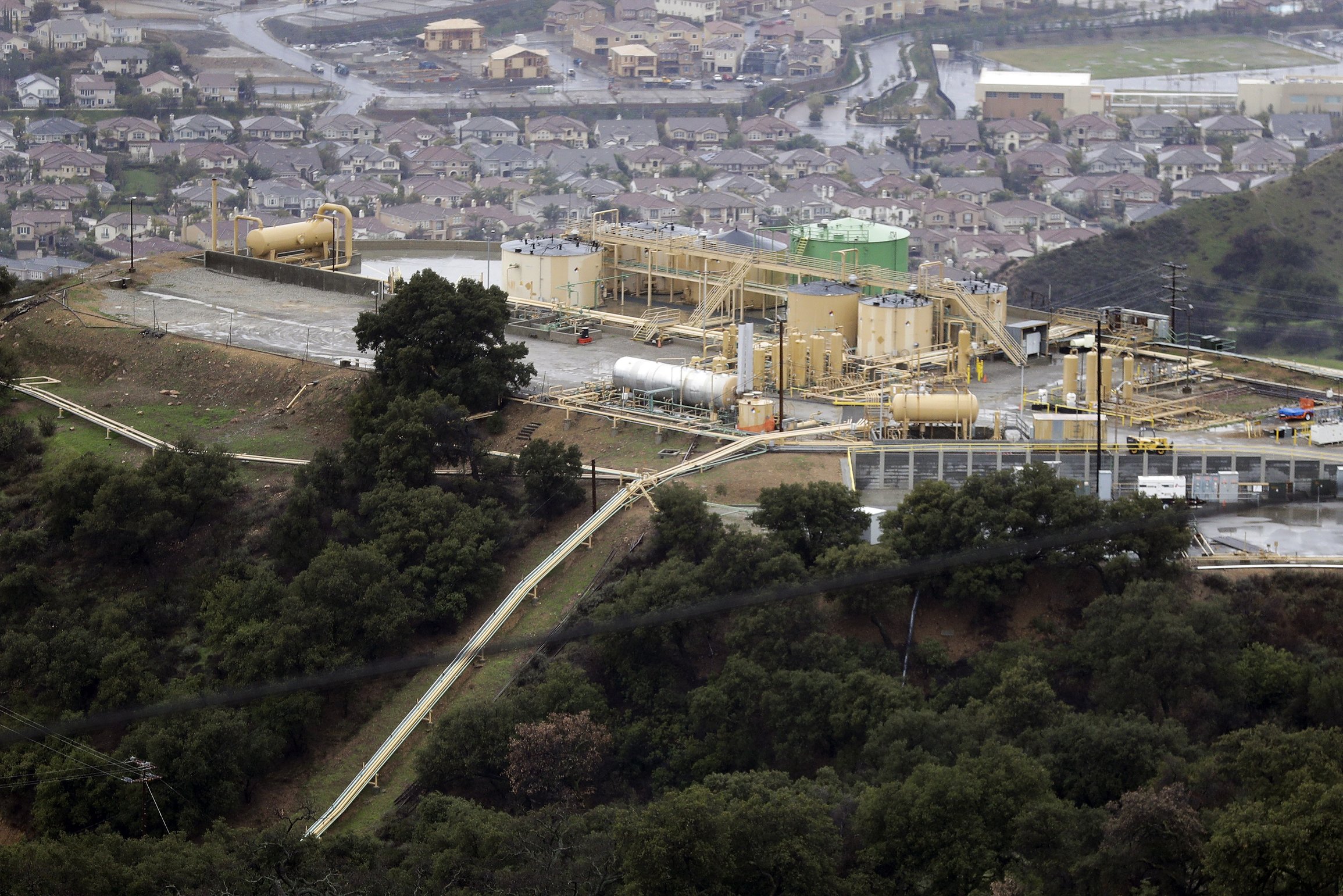 LOS ANGELES — A blowout at a Los Angeles natural gas well in 2015 that led to the largest-known release of methane in U.S. history was the result of a corroded pipe casing and safety failures by a utility, according to an investigation report released Friday.

The blowout lasted nearly four months and was blamed for sickening thousands of Los Angeles residents, who moved out of their Porter Ranch homes to escape a sulfurous stench and a medley of maladies including headaches, nausea and nose bleeds.

Blade Energy Partners, which conducted the yearslong investigation, said the company should have been able to plug the leak sooner.

SoCalGas has spent more than $1 billion related to the blowout with the majority of that going to temporarily relocate 8,000 families, according to filings with the U.S. Securities and Exchange Commission. The utility still faces more than 385 lawsuits on behalf of 48,000 people.

Residents who live nearby the gas storage field continue to complain about health problems and many, along with some environmental groups, want the facility shut down.

The field — the largest of its kind in the West at the time of the blowout — stores natural gas in retired oil wells, some dating to the 1950s. It injects gas more than a mile underground into the porous reservoir where crude was once found.

The report criticized inadequate regulations at the time, which allowed the company to inject and withdraw gas into the field through an internal pipe and the casing that surrounded it.

The casing was originally designed as a safety barrier for oil production, but was being used to pump greater volumes of gas in and out of the field under high pressure.

It was that type of casing that ultimately ruptured due to corrosion from water and microbes. Gas seeped up through the earth and eventually blew a hole around the well.

Seven attempts to plug the well were tried over weeks, but none worked. The report said the company hired to stop the leak failed to conduct proper modeling tests in advance of the so-called kill attempts and didn’t use dense enough fluid and at a high enough rate to accomplish the task.

Regulations also failed to require inspections of the thickness of casing walls and those tests were not routinely conducted.

Investigators found there had been 60 casing leaks before the incident but investigations into their causes were never conducted.

“Furthermore, external corrosion on production casing had been identified in several wells,” the report said. “Based on the data reviewed by Blade, no investigation of the causes was performed, and, therefore, the extent and consequences of the corrosion in the other wells was not understood.”

SoCalGas in a press release highlighted a report finding that said new state regulations and practices by the company address most of the causes of the leak.

“Aliso Canyon is safe to operate and Blade’s report indicates the industry leading safety enhancements and new regulations put in place after the leak should prevent this type of incident from occurring again,” the company said.

New requirements put into place by state regulators after the blowout led to many of the wells being overhauled and updated and many being sealed. The field is also not allowed to operate at full capacity.