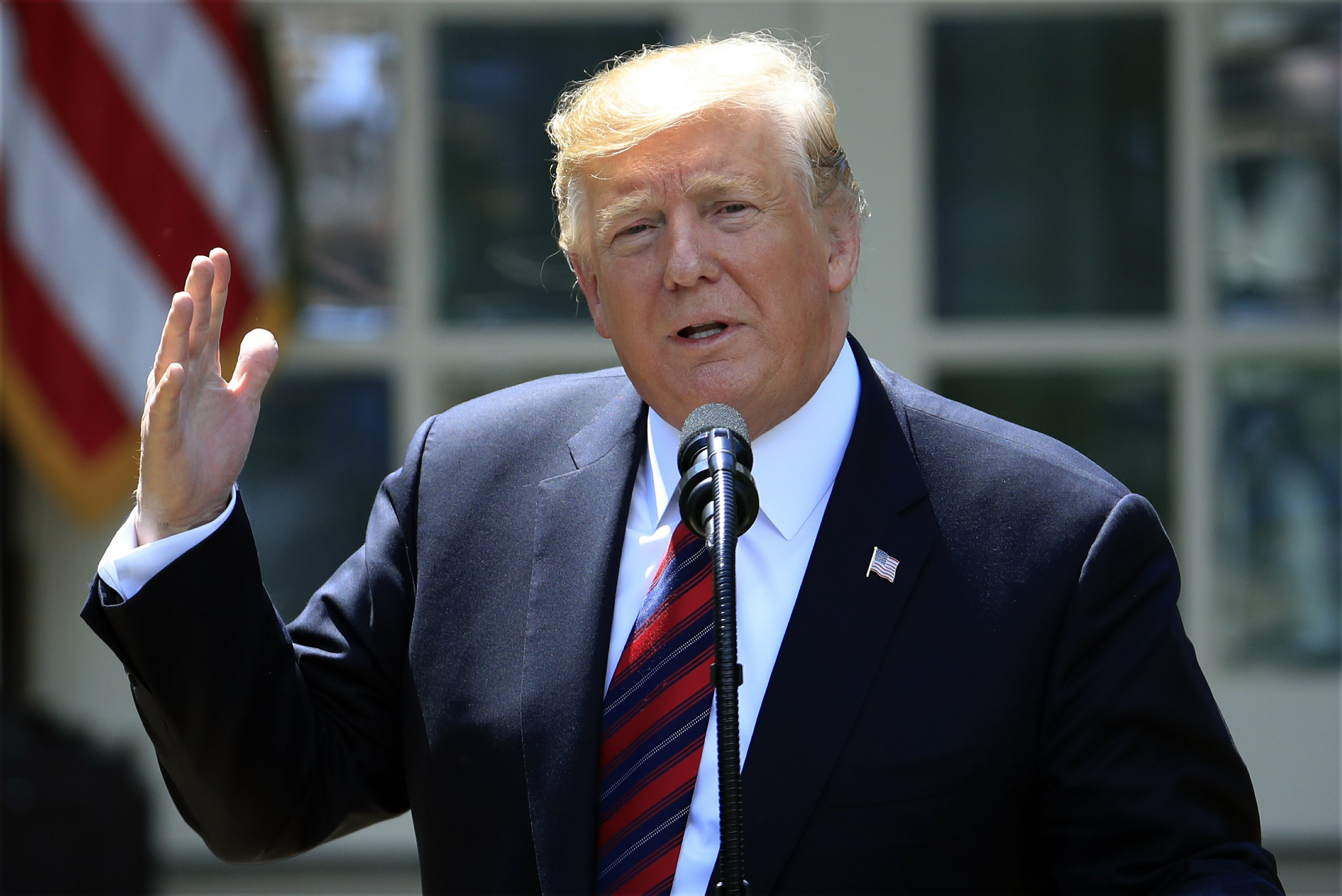 WASHINGTON — For all President Donald Trump’s talk of winning, his lawyers are using a legal argument that many scholars say is a pretty sure loser to try to defy congressional attempts to investigate him. Yet Trump’s lawyers may end up delaying the probes with their argument, and that could be a win in itself.

In courts in New York and Washington, Trump is attempting to beat back subpoenas by Congress to get financial records from accountants and banks Trump and his family do business with. His argument is that congressional Democrats are out to get him and that they have no “legitimate legislative purpose” in seeking his personal records.

Congressional investigations are legitimate only if there is legislation that might result from them, the lawsuits say in identical terms. “There is no possible legislation at the end of this tunnel,” both suits claim.

So far a federal judge in Washington has seemed unimpressed with Trump’s attempt to prevent Mazars USA, an accountant for the president and Trump Organization, from turning over subpoenaed records to Congress. U.S. District Judge Amit Mehta held a hearing in the case Tuesday and could rule anytime on Trump’s request.

Separately, a hearing is set for Wednesday in federal court in New York in a lawsuit Trump, his business and family have filed against Deutsche Bank and Capital One to prevent them from complying with subpoenas from the House Financial Services and intelligence panels for banking and financial records.

On Friday, Treasury Secretary Steven Mnuchin said he won’t comply with a congressional subpoena for six years of Trump’s tax returns. He cited the absence of a “legitimate legislative purpose” as his reason.

The White House approach finds little support among scholars who say Congress’ authority to investigate is broad and that in the past century the Supreme Court has never found a problem with a congressional investigation for lack of legislative purpose. A 2017 report from Congress’ policy research arm found that “courts today generally will presume that there is a legislative purpose for an investigation.”

Charles Tiefer, who served as a lawyer for Congress for 15 years, said lawyers have given up on making the kind of argument Trump’s lawyers are making. Tiefer, now a University of Baltimore School of Law professor, described the argument as “one of those medieval notions that are not taken very seriously now.”

But even if judges in both cases rule against Trump, he won’t go down without a fight that might take months or even years of appeals to resolve. Ohio State law professor Peter M. Shane, who studies the separation of powers, described it as Trump’s lawyers “trying to run out the clock until the election.”

Other legal fights over Congress’ attempts to obtain unredacted copies of Mueller’s report and have administration officials testify also could get hung up in the courts long enough to spill over into the next presidential administration, whether it’s Trump’s second term or his successor’s first. Past impasses between Congress and the executive branch that led to lawsuits that lasted for years.

Trump’s defenders say his legal arguments are genuine and should be taken seriously. They chastise Congress for what they see as politically motivated investigations. Hans von Spakovsky of the conservative Heritage Foundation think tank likened the actions of House Democrats to hearings held by the notorious House Un-American Activities Committee in the 1950s that targeted people suspected of being Communists.

He pointed out that the Supreme Court has recognized limits on Congress’ investigative power. The high court held in a 1957 case that Congress “doesn’t have the constitutional power to expose for the sake of exposure,” von Spakovsky said. The case, Watkins v. U.S., was a criminal appeal in which the justices threw out a conviction against labor organizer John Watkins for refusing identify Communist Party members to lawmakers.

Elaine Kamarck, a scholar at the liberal Brookings Institution who worked in the Clinton White House, said the House subpoenas of Trump’s banks and accountants are a world away from the McCarthy era’s hunt for Communists.

Congress “is seeking information from a private party about the president of the United States and the possibility of some form of conflict of interest, to say it mildly, or corruption,” Kamarck said.