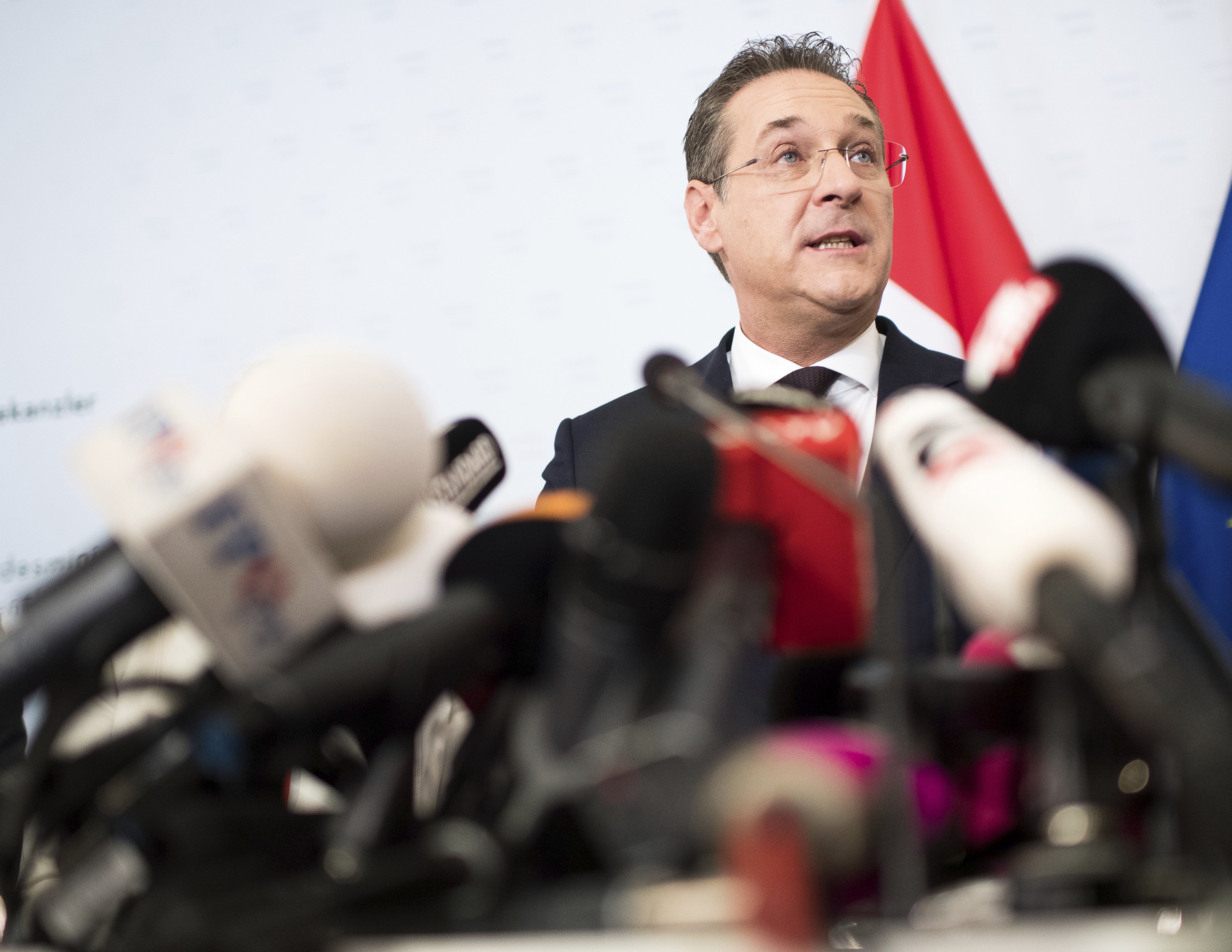 The resignation was a black eye for populist and nationalist forces who favor tighter European immigration policies and comes only a few days before the May 23-26 elections in 28 European Union nations to fill the European parliament.

Standing before journalists and TV cameras, Strache announced his resignation without taking questions. He said he was set up in a “political assassination” but added that his behavior in the video was “stupid, irresponsible and a mistake.”

The 49-year-old politician said had been in a state of “increasing alcohol intoxication” and had “behaved like a teenager” in an attempt to “impress the attractive host” at an Ibiza villa.

He said he had had no further contact with the woman and she gave no contributions to his party. He claimed to be a victim of the illegal use of surveillance equipment. 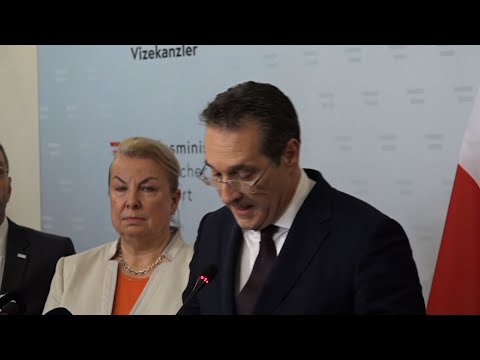 The scandal set off speculation about the future of Austria’s governing coalition between Strache’s far-right, anti-immigration Freedom Party and Chancellor Sebastian Kurz’s center-right People’s Party. Kurz was reportedly planning to issue a statement later. He could replace Strache in his cabinet with another party member or end the coalition and call a new election.

Several thousand opposition protesters whistled and chanted Saturday for a new election in front of Kurz’s office in Vienna.

In his resignation statement, Strache said he was quitting so the coalition could continue its work. The Freedom Party says, in its platform, that “Austria is not a country of immigration” and cites “cultural Christianity” as one of the country’s social pillars.

In the video, the source of which the newspapers declined to reveal, Strache and party colleague Johann Gudenus are heard telling the unnamed woman she could expect lucrative construction contracts if she buys an Austrian newspaper and supports the Freedom Party.

Sueddeutsche Zeitung and Der Spiegel said the footage was authenticated by a forensic video expert. It couldn’t be immediately independently verified by The Associated Press.

According to the two newspapers, the video spanned six hours of drink-fueled conversation in a villa on the Spanish island of Ibiza between the Austrian politicians and the woman, who claimed to be the niece of a prominent Russian businessman.

Aside from discussing possible investments in Austria, including the purchase of influential tabloid Kronen Zeitung, Strache also appears to suggest ways of funneling money to his party via an unconnected foundation to circumvent Austrian rules on political donations.

The justice spokesman for the opposition Social Democratic Party, Hannes Jarolim, has asked prosecutors to look into the matter, the APA news agency reported. Jarolim reportedly claimed the statements in the video could constitute offenses or attempted offenses such as misuse of office, bribery and money laundering.

The EU elections are focusing Europe’s broad debate over immigration and democracy in the wake of the 2015 influx of migrants and asylum-seekers from war-torn areas in the Mideast and Asia.

On one side are nationalist, anti-immigrant movements critical of the EU such as Germany’s Alternative for Germany and France’s far-right National Rally led by Marine Le Pen. They want to halt most immigration into Europe, especially from Muslim areas, and give more control back to national governments from EU headquarters in Brussels.

Pro-European movements such as mainstream center-right and center-left parties see the EU parliament vote as a chance to reject populism and support European cooperation and integration.