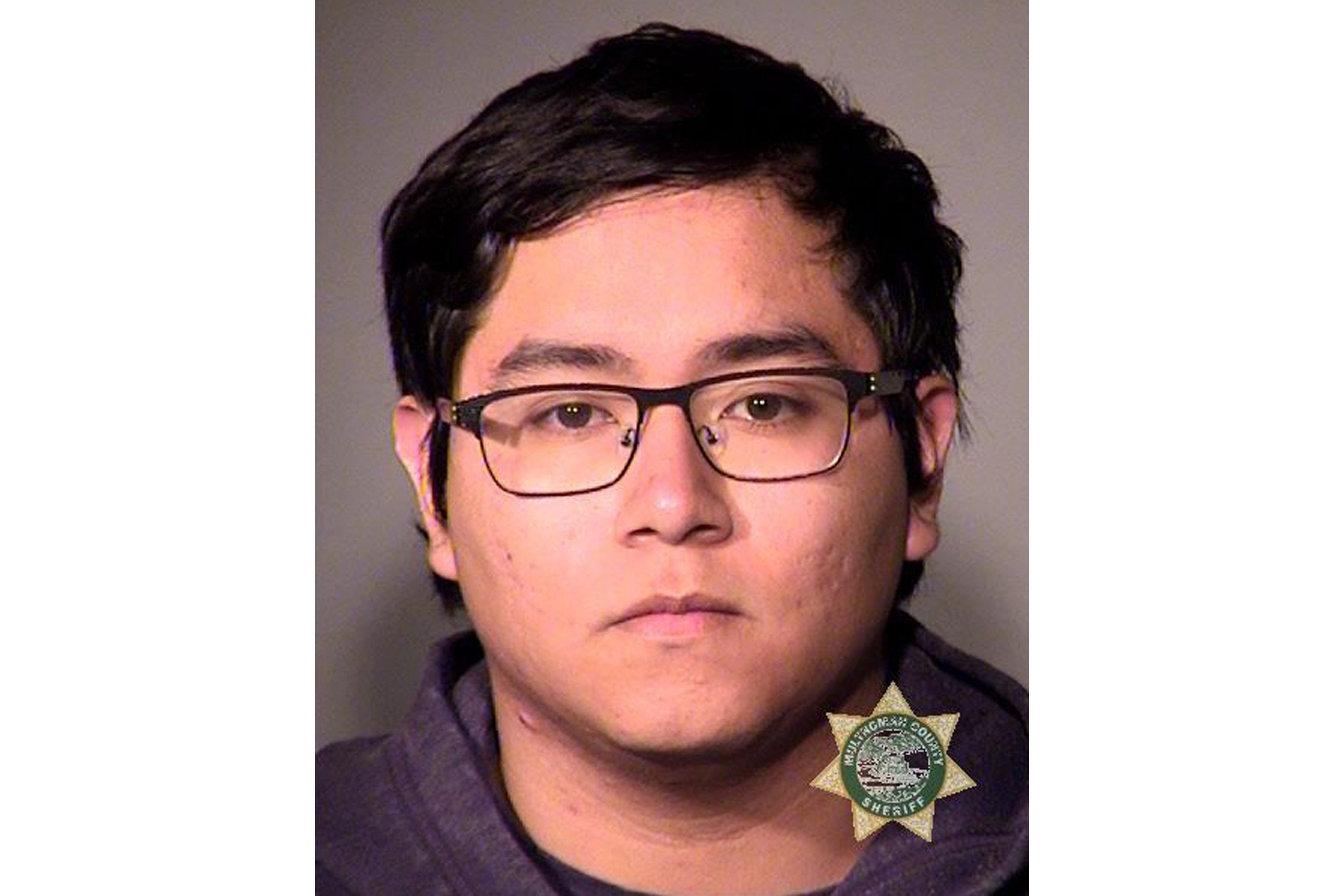 PORTLAND, Ore. — Police released the identity Saturday of an 18-year-old student who was tackled after reportedly bringing a gun into classroom at an Oregon high school.

The Portland Police Bureau said Angel Granados Dias had been booked into the Multnomah County Detention Center on suspicion of possessing a firearm in a public building, attempting to shoot a gun at a school and reckless endangerment.

Authorities say he is a student at Parkrose High School, where he brought the shotgun Friday. Witnesses told The Oregonian/OregonLive that he appeared distraught when he appeared at the door to their government class and pulled the weapon from beneath a long black trench coat, and that a football and track coach who also works security at the school, Keanon Lowe, tackled him before anyone got hurt. Lowe is a former football standout at the University of Oregon.

It wasn’t immediately clear if Granados Dias had a lawyer. He was being held on $500,000 bail and was scheduled to appear in Multnomah County Circuit Court on Monday. There were no other suspects.

In a letter to families Friday evening, Parkrose School District Superintendent Michael Lopes Serrao said two students had informed a staff member of “concerning behavior” by the student who brought the gun. Security staff then responded, found him and quickly disarmed him, he said.

“Thanks to their heroic efforts all students and staff are safe,” Lopes Serrao wrote.

Lowe told reporters as he was leaving a police interview Friday he was tired but relieved at the outcome, The Oregonian/OregonLive reported.

“I’m just happy everyone was OK,” Lowe said. “I’m happy I was able to be there for the kids and for the community.”

Lowe didn’t reply to messages sent on Twitter or LinkedIn.

Yakots said the first responding officers found the gunman being detained by the staff member in the hallway. A firearm was recovered at the school, he added.

Parkrose was evacuated and a nearby middle school was on lockdown for several hours as the investigation unfolded. The high school students were bused to a nearby parking lot where they were reunited with their parents.

The outcome was “the best-case scenario, absolutely,” Yakots said. “The staff member did an excellent job by all accounts, (and) our officers arrived within minutes and went right in.”

Students recounted how the student entered their government class in the school’s fine arts building — separate from the main building — just before noon. Lowe had been in the classroom earlier looking for the student.

About 10 minutes before the end of class, the student appeared in the doorway in a black trench coat and pulled out a long gun from beneath his coat, senior Justyn Wilcox, who also was in the room, told The Oregonian/OregonLive.

The student didn’t point the gun at anyone, senior Alexa Pope said.

Students fled out the back door because the gunman was blocking the main doorway.

“As I was running, I was just like, ‘Lord don’t let this be it,’” Pope told the newspaper.

In college, Lowe was a star wide receiver at the University of Oregon, playing from 2011 to 2014. He caught 10 touchdown passes in his college career and had nearly 900 receiving yards. He also saw playing time on special teams.

Lowe began working at Parkrose last year as the school’s head football and track and field coach, according to his LinkedIn profile. Before that, he worked for his high school alma mater, Jesuit High, where he earned state defensive player of the year as a defensive back and was a standout sprinter.

Students, parents and co-workers lauded Lowe’s actions on Twitter. Several also noted that the school’s prom, scheduled for Saturday, was still on.

Olivia Katbi Smith wrote on Twitter that she coaches track with Lowe at Parkrose and wasn’t surprised to learn what he did.

“As soon as I heard what happened I knew it was him because he would do anything for these kids. It was surreal to be waiting for my athletes behind caution tape today, but might have been much worse if not for Keanon,” she wrote.

Lopes Serrao said the student with the gun will not be returning to school and that school will resume on Monday as usual with an enhanced security presence.