Is that Dad? 75 years on, D-Day history still being written 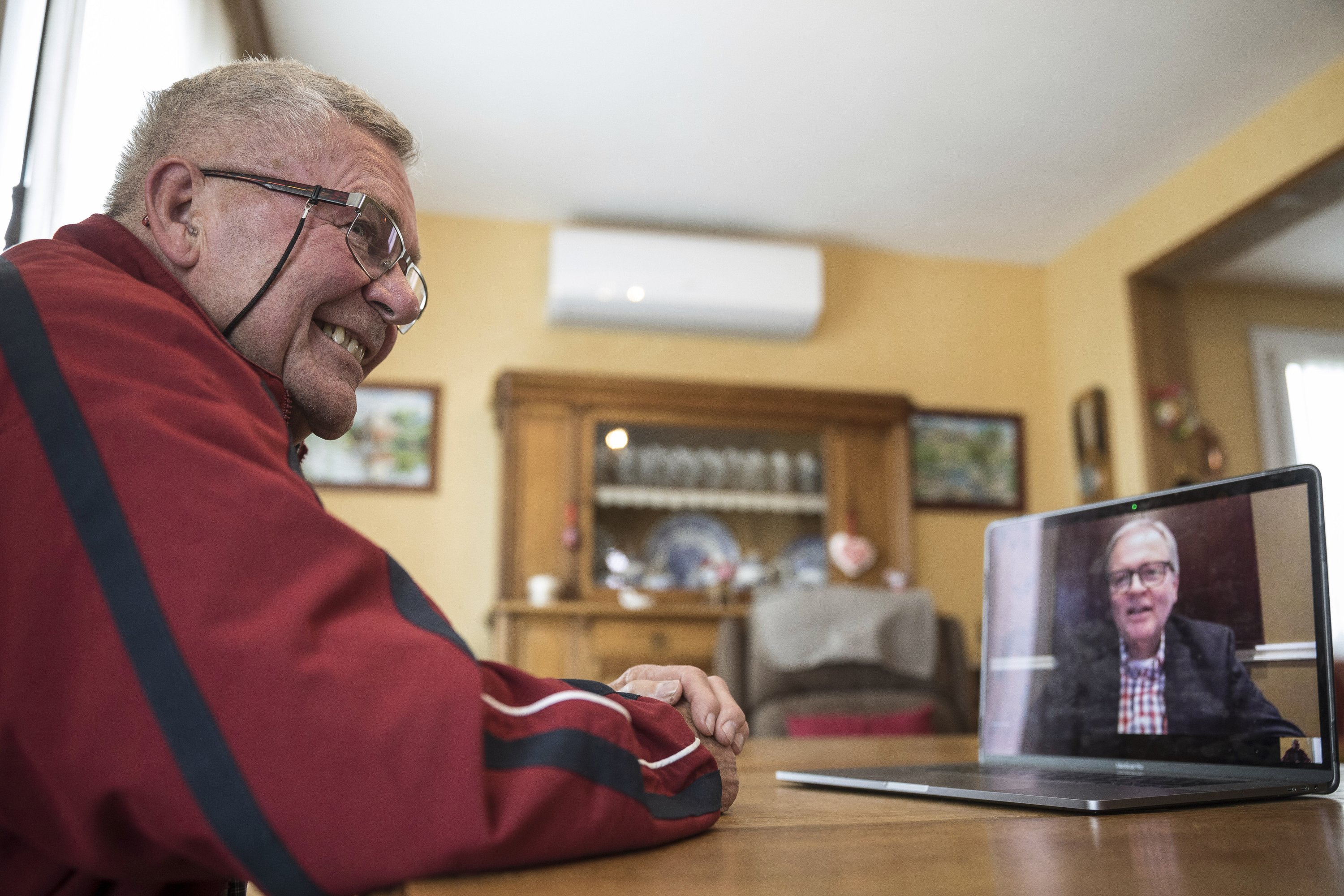 The retired French postal worker figured he’d likely go to his grave without ever knowing who his father was, unable to identify the U.S. serviceman who had fought his way across France after the D-Day landings, taken a bullet to the skull and been nursed back to health in a military hospital by Gantois’ mother.

Into his seventies, Gantois still had no clues to pursue, no name to work with, no paper trail to follow.

As a consequence, he also had no peace.

“Throughout my life, I lived with this open wound,” he says. “I never accepted my situation, of not knowing my father and, most of all, knowing that he didn’t know about me, didn’t know of my existence.”

Even as Europe, the United States and their allies mark 75 years since 160,000 Allied troops stormed a heavily-fortified 50-mile (80-kilometer) stretch of Nazi-occupied coastline in Normandy, the history of D-Day and its aftermath is still being written.

The big picture, of course, is well known, meticulously documented and preciously conserved to be told and retold for generations to come. The greatest-ever amphibious landing, a triumph of soldiering and seafaring, of industry, ingenuity and logistics, and upon which a new world order was built, will again be commemorated June 6 with respect for the ever-smaller group of surviving veterans and awe for their heroics on the landing beaches: Omaha, Utah, Juno, Sword and Gold.

Yet all these years later, there are enduring holes in the narrative, too.

Among the thick Normandy hedgerows where German troops dug in and the Allied advance bogged down, soldiers’ bones are still regularly disinterred. So brutal and chaotic was the fighting in France that thousands went missing or couldn’t be identified before they were buried in graves still marked, “A comrade in arms known but to God.”

Soldiers on all sides also fathered tens of thousands of children, some of them unable to ever answer that most existential of questions: Where did I come from?

Until a few months ago, when what he calls an unexpected “miracle” changed his life and filled in one of these missing pieces of wartime history, Gantois was among them.

Growing up as a post-war kid in eastern France, he would simply draw a line on forms at school that asked pupils for their fathers’ names and other family details.

His mother and grandmother told him his father was killed in France’s war in Vietnam that broke out in 1946, the year Gantois was born. The grandmother said his father’s name was Jack. A trusting child, Gantois couldn’t know these were lies. He didn’t pay much heed to elderly neighbors who called him “the young American” or “the American’s kid.”

Only at age 15, when Gantois was mourning the death of his mother, taken by tuberculosis at age 37, did he get the truth.

″‘Listen, Andre, I have to tell you,’” the 73-year-old Gantois recalls his grandmother confessing to him. ”‘Your dad was an American, in the war.’”

At first, Gantois was lost.

Later, in his twenties, he became determined to find out more.

Having married and with plans to start a family of his own, Gantois felt compelled to put a name, a face, to the patchy story and to fill what his wife, Rosine, now says was “a huge hole” in his life.

Visits to U.S. offices in France produced only frustration. Gantois recalls that an embassy official told him: ”‘A lot of people are looking for their fathers, because they want money, they want to be compensated by the U.S. government. But you have to have proof.’ I had no proof.”

Other avenues also proved to be dead ends.

Urged on by his daughter-in-law, Gantois took a DNA test.

Weeks later, in the middle of the night, she called him with the earthshaking results.

″‘You have an American brother, a sister, a whole family,’” Gantois recalls her telling him. “I didn’t know what to say.”

His dad, the test helped reveal, had been Wilburn ‘Bill’ Henderson. From Essex, Missouri, the infantryman landed on Omaha beach seemingly just after D-Day, fought through Normandy, suffered a head wound in the closing months of the war and met Irene Gantois at a hospital in occupied Germany.

After Germany’s surrender in May 1945, when the soldier came to visit her at home in eastern France, she apparently didn’t tell him that she was carrying his child. He returned to the United States, started a family and never spoke to his children about her before his death in 1997.

The trail would have ended there for Andre Gantois had his American half brother not also taken a DNA test. By chance, they both picked the same testing company, enabling it to put them together. The two men and Gantois’ half sister, Judy, met for the first time last September in France.

Allen Henderson took the test on a whim, because the company had a special offer on its prices and, he says, because “I thought, well, that would be interesting.”

Both Gantois and Henderson acknowledge how lucky they are not only to have found each other but also that their father survived Normandy and its aftermath.

“When I was little, he was always telling me stories about being in France and he’d speak a little French and kind of talk about how it was like to lay in a foxhole and guns, bullets flying over your head and guys dying all around you,” says the 65-year-old Henderson, who lives in Greenville, South Carolina. “Amazing that he survived.”

Henderson says he knew straight away when he saw Gantois that they were brothers because the resemblance is so striking.

“You know, Andre actually looks more like my dad than I do,” Henderson says. “Your mannerisms, your smile, your face, I feel almost like I’m talking to my dad.”

Other wartime families’ histories remain unresolved. They’re only more likely to stay that way with each passing year.

Posting on a French electronic bulletin board in 2016, for example, Jeannine Clement appealed for information about her biological father, a German soldier who was stationed in France before being sent to the Russian front in 1942.

Her mother waved goodbye to him at a train station, “in tears and pregnant,” Clement wrote. “She never heard from him again.”

Now at 76 and in poor health, Clement is still waiting.

Andre Gantois says he feels sorry for those without answers.