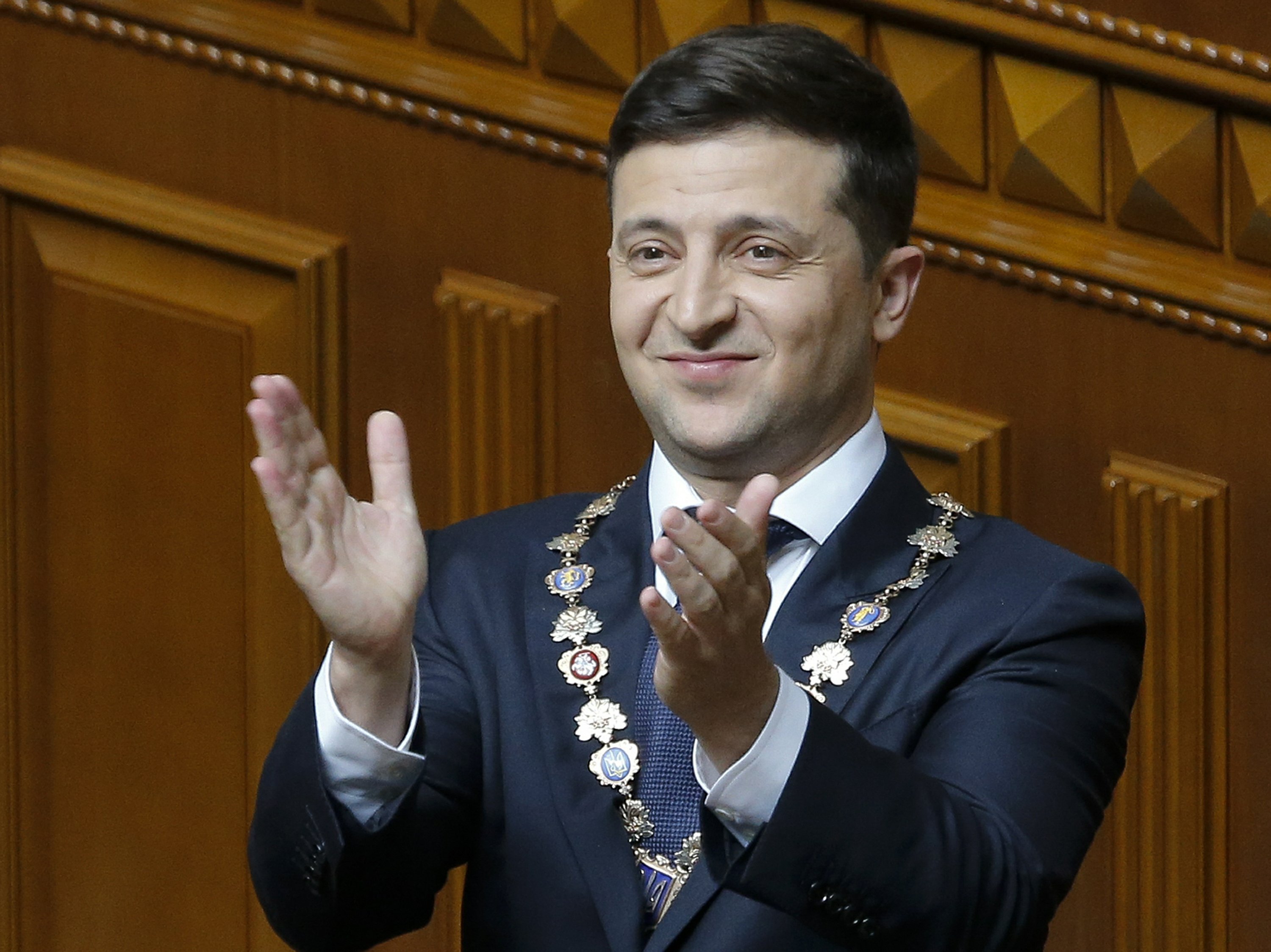 KIEV, Ukraine — Ukrainian TV star Volodymyr Zelenskiy was sworn in Monday as the country’s new president, promised to stop the war in the east against Russian-backed separatists and immediately dissolved parliament, which he has branded as a group only interested in self-enrichment.

Zelenskiy won 73% of the vote last month in a landslide victory that reflected Ukrainians’ exhaustion with widespread corruption and the country’s political elite. Even before he disbanded the Supreme Rada, which had been one of his campaign promises, the 41-year-old Zelenskiy upended other Ukrainian political traditions Monday.

He ditched the idea of a traditional motorcade to his inauguration, walking to parliament in the capital of Kiev through a park packed with people. Flanked by four bodyguards, the beaming president-elect gave high-fives to some spectators, even stopping to take a selfie with one of them.

After he was sworn in but before he moved to dissolve parliament, Zelenskiy asked the Supreme Rada to adopt a bill against illegal enrichment and support his motions to fire the country’s defense minister, the head of the Ukrainian Security Service and the Prosecutor General. All of them are allies of former President Petro Poroshenko, who lost the election to the comedian with no previous political experience but who played the Ukrainian president on a popular TV show for years.

In a feisty speech after his inauguration, Zelenskiy told the Rada that his main goal for the presidency is to bring peace to eastern Ukraine, where government troops have been fighting Russia-backed separatists for five years in a conflict that has left at least 13,000 dead.

“I’m ready to do everything so that our heroes don’t die there,” he said. “It wasn’t us who started that war. But we need to be the one to finish it.”

As ministers and lawmakers listened with dismay, Zelenskiy urged everyone in the cabinet to resign, asking them to “free the spot for people who will think about the future generations, not about the future elections.”

Many lawmakers had already viewed Zelenskiy’s inauguration with apprehension, and it was not clear if the new president could legally dissolve the sitting parliament. Political factions have been maneuvering for weeks trying to avoid such a situation.

Zelenskiy is hoping to ride the wave of his electoral success to get his supporters into parliament. Ukraine’s parliamentary election was scheduled for Oct. 27, and the current legislature’s authority expires in late November. The Ukrainian law allows the president to disband the parliament no later than six months before its power expires.

In a bid to deprive Zelenskiy of the opportunity to call an early election, a faction in the Rada had announced its departure from the ruling coalition, technically collapsing Poroshenko’s government. The parliament’s rules envisage that it cannot be disbanded within 30 days following the announcement of a collapse of the ruling coalition.

Zelenskiy’s supports argued, however, that the motion was legally void because the coalition had long ceased to exist.

The new president wrapped up his speech at parliament by referring to his career as a comedian.

“Throughout all of my life, I tried to do everything to make Ukrainians laugh,” he said with a smile. “In the next five years I will do everything, Ukrainians, so that you don’t cry.”