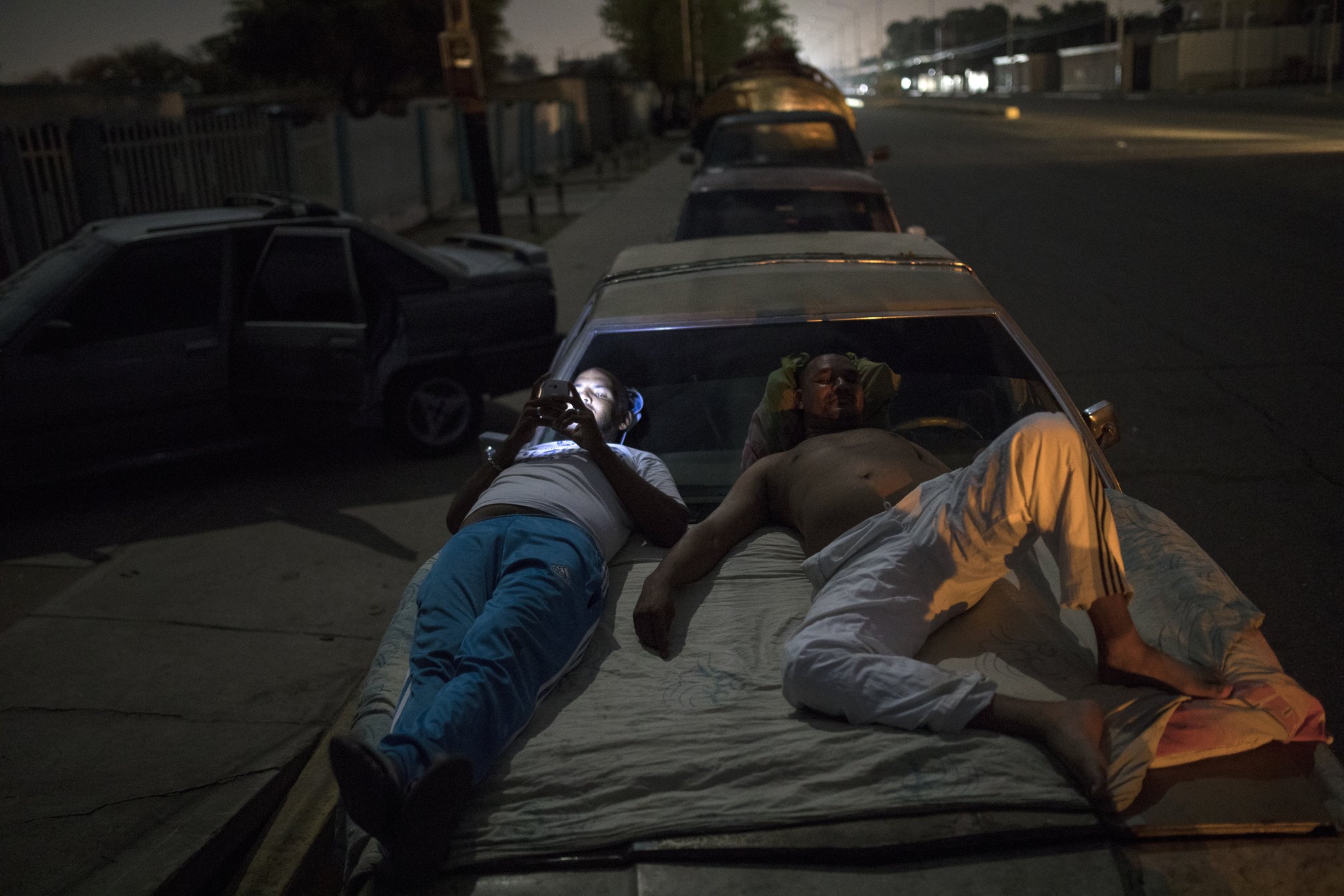 Some drivers said they’d had to wait almost 24 hours to fuel up, and people have been grabbing catnaps on the hoods of cars or in truck beds.

“I’ve spent four days trying to get gasoline,” Urdaneta said. “But I couldn’t.”

A satellite cruising over Maracaibo on Thursday captured pictures of cars lined up for a mile (1.6 kilometers) through the city to the pumps, according to by Maxar Technologies, a U.S.-based space technology company.

Venezuela doesn’t have the cash to import key ingredients to keep up production in a country with the world’s largest oil reserves, said Dallen, who estimated that the state run oil-firm PDVSA is producing 10 to 15% of its capacity.

“It’s all coming together in a toxic brew,” Dallen said. “That is really having a devastating effect.”

The Trump administration this year sanctioned PDVSA in an effort aimed at driving President Nicolás Maduro from office, while throwing its support behind opposition leader Juan Guadó.

The U.S. sanctions essentially cut off Maduro’s government from its Houston-based subsidiary Citgo, depriving officials of an estimated $11 billion in hard currency from exports this year. U.S. officials say this cash flow long bankrolled what they call Maduro’s “dictatorship.”

Sanctions also put the squeeze on Venezuela access to diluents needed to thin its tar-like heavy crude so it can be piped over 100 miles (160 kilometers) from the field to be turned into gasoline.

And the political stalemate shows few signs of drawing near its end.

At about the same time, Maduro’s government and the opposition sent representatives to talks in Norway. Officials engaged in both efforts reported no breakthroughs.

The panic over shortages has crept into the capital, Caracas, leading to moderately long lines for the last three days at many stations.

Across the country in Maracaibo, angry drivers lined up complaining that police were profiting off their frustrations. Drivers said officers overseeing the lines allowed some to pay the equivalent of $3.60 — more than half of the monthly minimum wage — to cut into a shorter line while others waited to fill up their tank with subsidized fuel that costs less than a penny.