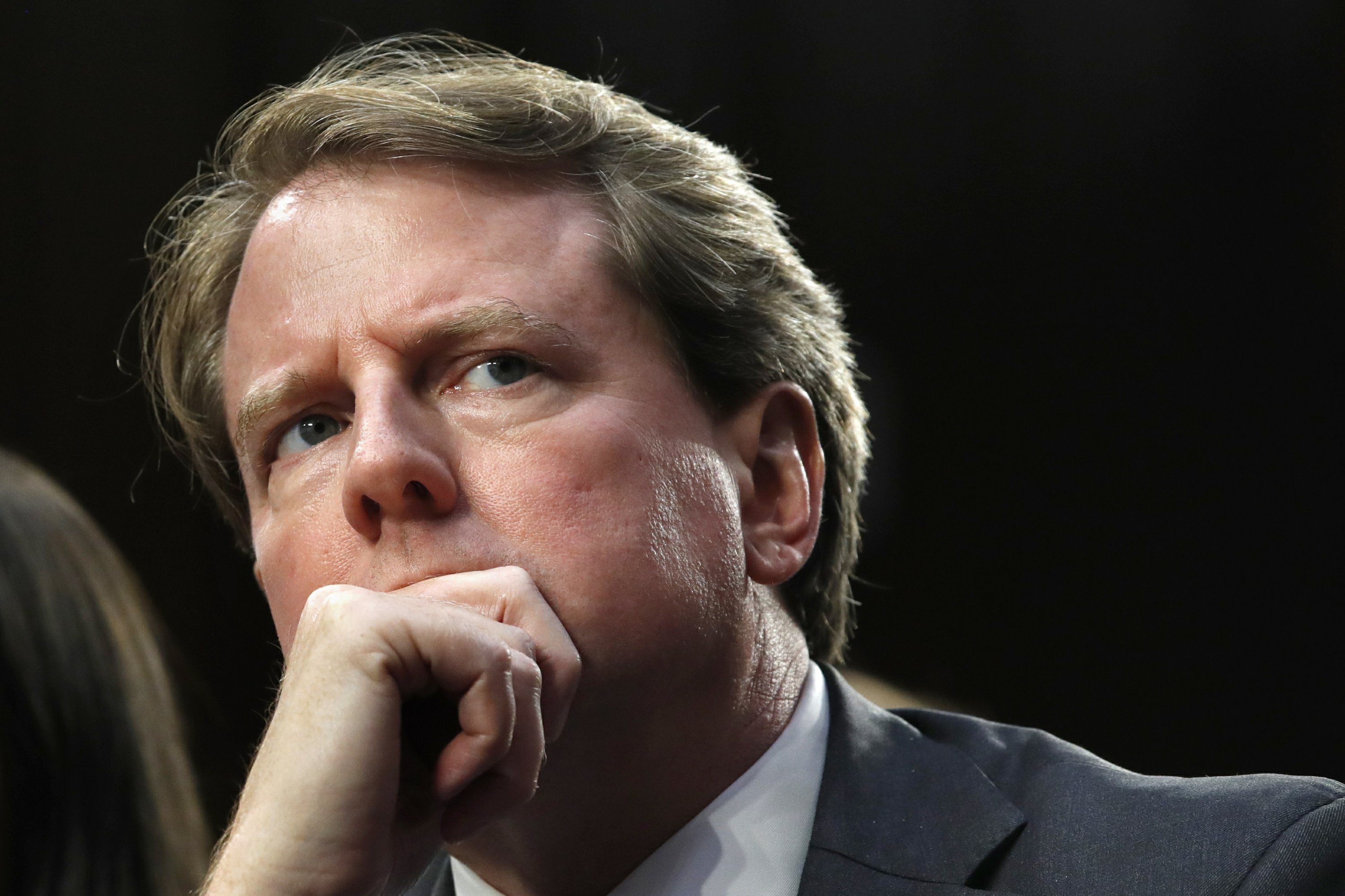 WASHINGTON — President Donald Trump directed former White House counsel Don McGahn to defy a congressional subpoena, citing a Justice Department legal opinion that McGahn would have immunity from testifying before Congress about his work as a close Trump adviser.

The decision is certain to deepen tensions between congressional Democrats and the Trump administration. They’ve accused Trump and Attorney General William Barr of trying to stonewall and block Congress from carrying out its oversight duties.

Democrats have been eager to hear from McGahn, a key figure in special counsel Robert Mueller’s investigation who described ways in which the president sought to curtail the probe.

The House Judiciary Committee had issued a subpoena to compel McGahn to testify by Tuesday, and the committee’s chairman, Rep. Jerrold Nadler, D-N.Y., has threatened to hold McGahn in contempt of Congress if he doesn’t testify.

The White House instructed McGahn not to comply with the subpoena to further its strategy of trying to block every congressional probe into Trump and his administration.

Officials mulled various legal options before settling on providing McGahn with a legal opinion from the Department of Justice that justifies him defying the subpoena.

“The immunity of the President’s immediate advisers from compelled congressional testimony on matters related to their official responsibilities has long been recognized and arises from the fundamental workings of the separation of powers,” the Justice Department’s opinion reads. “Accordingly, Mr. McGahn is not legally required to appear and testify about matters related to his official duties as Counsel to the President.”

The Judiciary committee still plans on meeting even if McGahn doesn’t show up.

If McGahn were to defy the White House, it could endanger his own career in Republican politics but also puts his law firm, Jones Day, in the president’s crosshairs. Trump has mused about instructing Republicans to cease dealing with the firm, which is deeply intertwined in Washington with the GOP, according to one White House official and a Republican close to the White House not authorized to speak publicly about private conversations.

Trump has fumed about McGahn for months, after it became clear that much of Mueller’s report was based on his testimony. He has bashed the former White House counsel on Twitter and has insisted to advisers that the attorney not be allowed to humiliate him in front of Congress, much like his former fixer Michael Cohen did, according to the official and Republican.

The Justice Department has long held the opinion that close presidential advisers have “absolute immunity” from being compelled to testify before Congress about their work for the president.

A similar legal opinion issued in 2014, under the Obama administration, argued that if Congress could force the president’s closest advisers to testify about matters that happened during their tenure, it would “threaten executive branch confidentiality, which is necessary (among other things) to ensure that the President can obtain the type of sound and candid advice that is essential to the effective discharge of his constitutional duties.”

The House Judiciary Committee voted earlier this month to hold Attorney General William Barr in contempt after he defied a subpoena for an unredacted version of Mueller’s report.