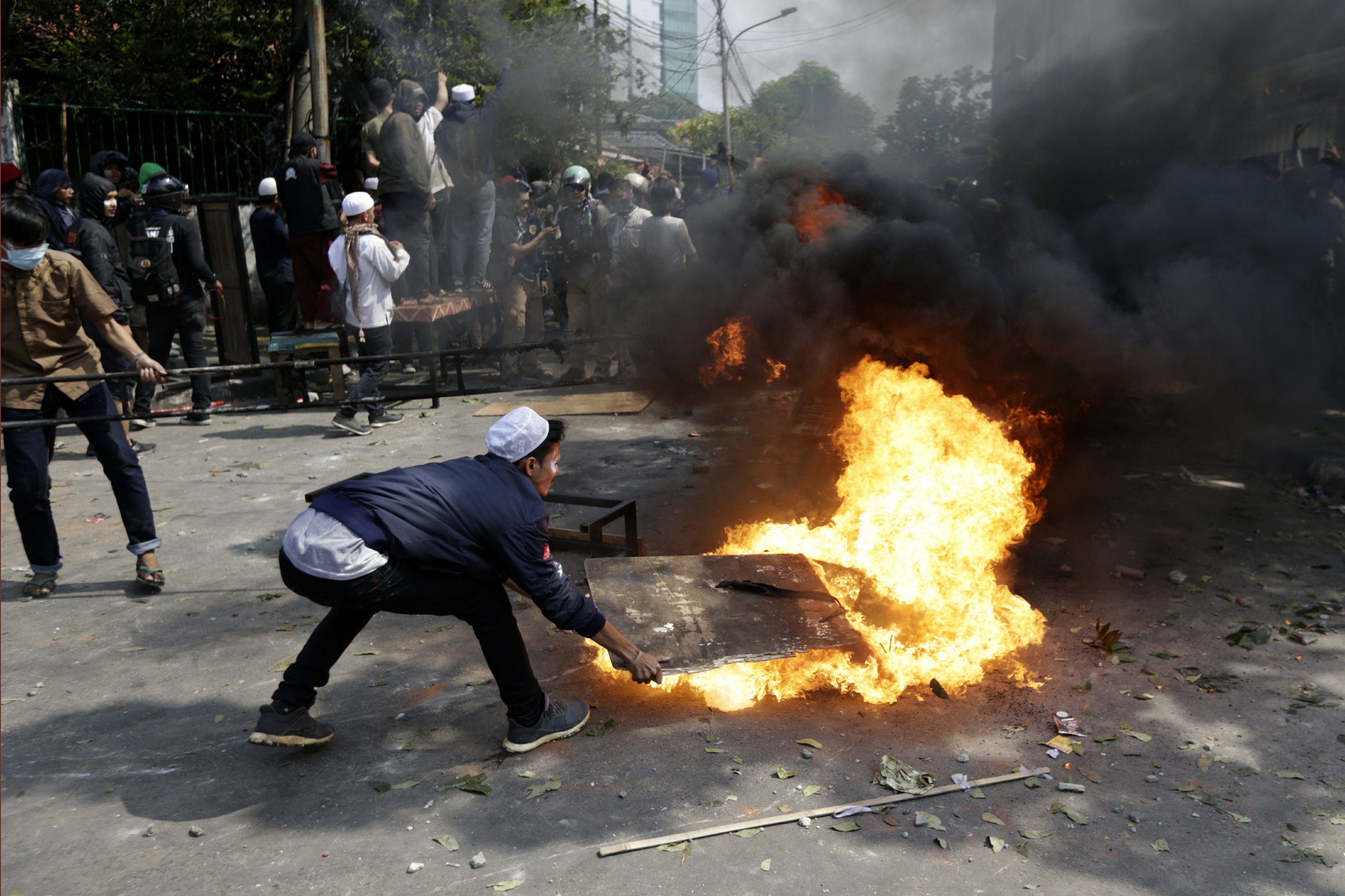 JAKARTA, Indonesia — Supporters of an unsuccessful presidential candidate clashed with security forces in the Indonesian capital on Wednesday, burning vehicles and throwing rocks at police, which responded with tear gas and rubber bullets.

The protesters tried to force their way into the downtown offices of the election supervisory agency late Tuesday and clashes have continued since then. National Police spokesman Muhammad Iqbal said the majority of protesters had come from outside Jakarta and nearly 60 suspected provocateurs had been arrested.

Local media reported several deaths and dozens of injured among protesters. The governor of Jakarta, Anies Baswedan, who is aligned with losing presidential candidate Prabowo Subianto, said there were six deaths though there has been no official confirmation.

White-robed men blocked streets in one central Jakarta neighborhood and in another, rioters fought running battles with police, throwing rocks and setting fires.

Indonesia’s Election Commission on Tuesday said President Joko Widodo had won a second term with 55.5% of the vote in the April 17 election.

Subianto, an ultra-nationalist former special forces general, has refused to accept the results and declared himself the winner. His campaign plans to challenge the election in the Constitutional Court. They allege massive fraud in the world’s third-largest democracy but have provided no credible evidence.

The government had deployed some 50,000 police and soldiers in Jakarta in anticipation of protests, said Jakarta police spokesman Argo Yuwono. Many residents have left the city and parts of the downtown are closed to traffic with the election supervisory agency and Election Commission barricaded with razor wire.

In the past week, authorities have arrested three pro-Subianto activists on suspicion of treason, said a national police spokesman Dedi Prasety. They included Sunarko, a retired general and former commander of Indonesia’s special forces who uses a single name. Police allege there was a plot to seize crucial government buildings in Jakarta.

Subianto and members of his campaign team had said they would mobilize “people power” during days of street protests. The former general has also called on supporters to refrain from violence.

Subianto, who also lost to Widodo in 2014, ran a fear-based campaign, emphasizing what he sees as Indonesia’s weakness and the risk of exploitation by foreign powers or disintegration. He aligned himself with hard-line Muslim groups and won massive majorities in conservative provinces such as Aceh, which follows Shariah law, but was defeated by Widodo in the president’s populous East Java and Central Java strongholds.