The Latest: Social media blocked due to Indonesia protests 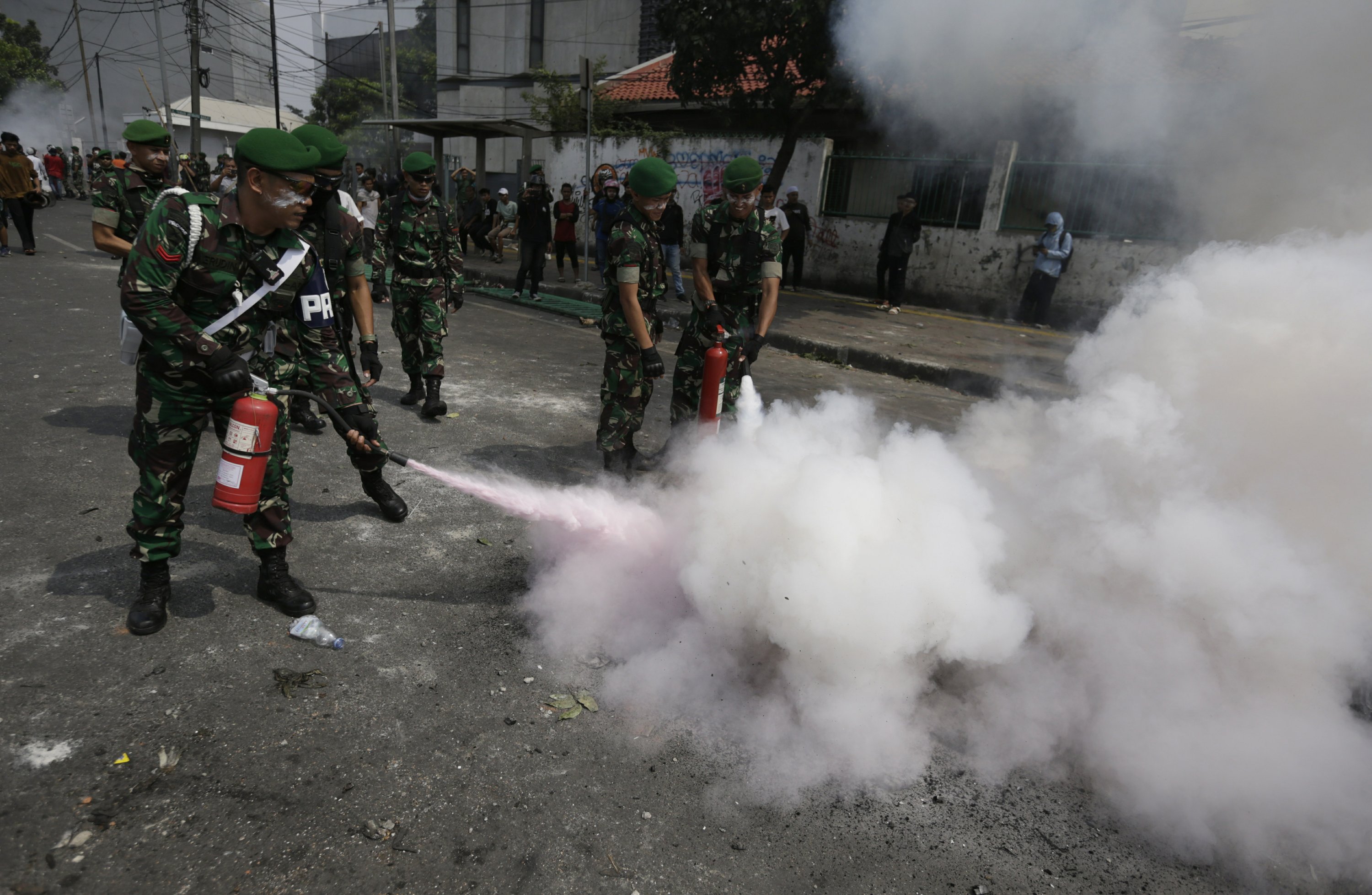 JAKARTA, Indonesia — The Latest on post-election protests in Indonesia (all times local):

Indonesia’s top security minister says authorities will block access to social media in certain areas amid violent protests in the capital Jakarta by supporters of the losing presidential candidate.

Wiranto, who uses a single name, didn’t specify which areas would be subject to the restrictions in the televised news conference.

Supporters of Prabowo Subianto, who was defeated by President Joko Widodo in the April 17 election, clashed with security forces in Jakarta on Wednesday, burning vehicles and throwing rocks at police, who responded with tear gas and rubber bullets.

Police have said the rioting was planned rather than a spontaneous outburst. The official election results were announced on Tuesday and Subianto, a former general, has refused to concede defeat, instead declaring himself the winner and planning a court challenge.

Supporters of an unsuccessful presidential candidate clashed with security forces and set fire to a police dormitory in the Indonesian capital after the release of official election results.

KompasTV showed protesters throwing rocks, a paramilitary police dormitory on fire, and hundreds of riot police in a central neighborhood of the city.

Indonesia’s Election Commission on Tuesday said President Joko Widodo had won a second term with 55.5% of the vote in the April 17 election. His opponent, former general Prabowo Subianto, has refused to accept the results and declared himself the winner.