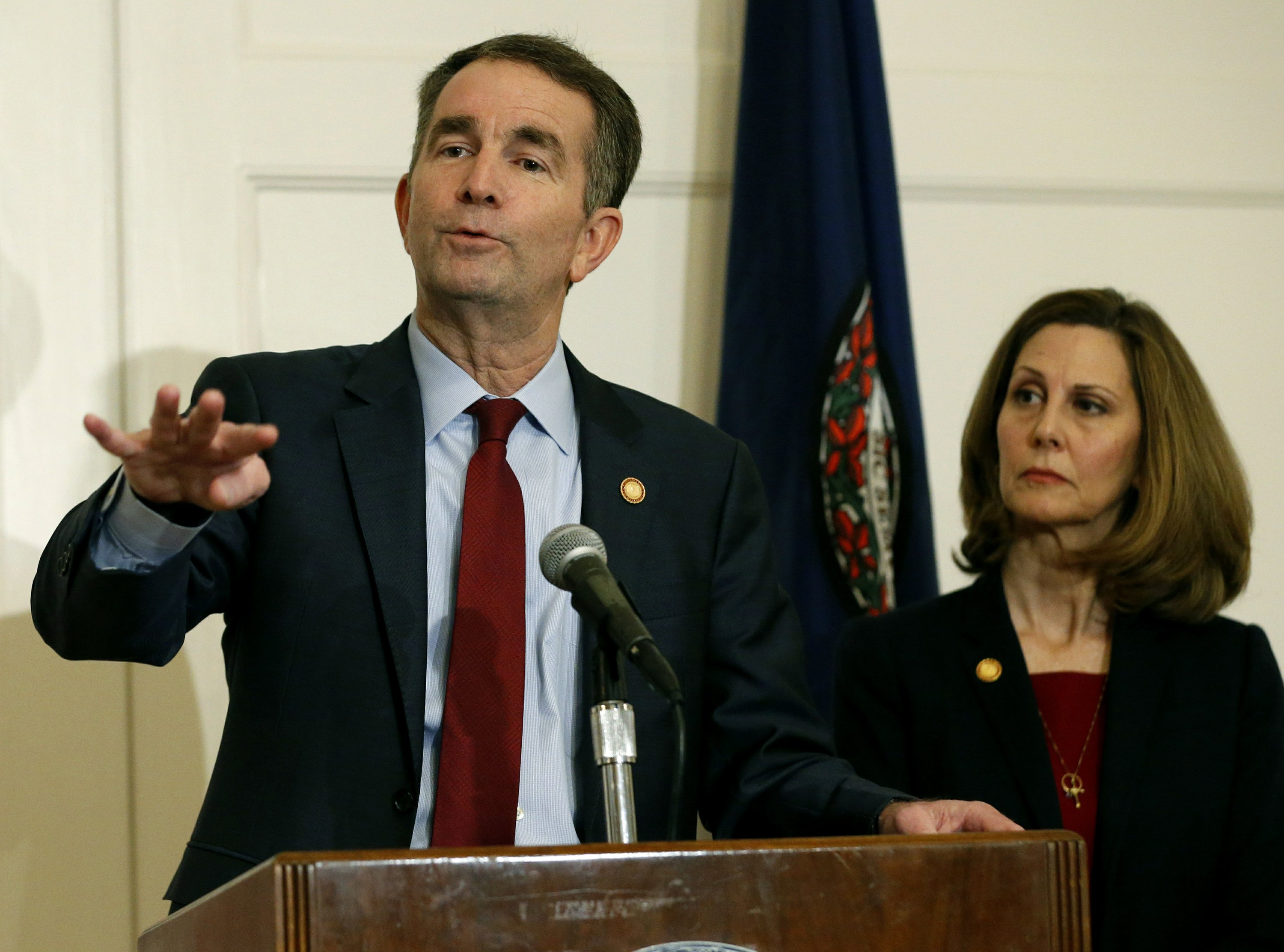 NORFOLK, Va. — An investigation ordered up by a Virginia medical school failed to determine whether Gov. Ralph Northam is in a 1984 yearbook photo of a man in blackface next to someone in a Ku Klux Klan hood.

Investigators with a law firm hired by Eastern Virginia Medical School said Wednesday they couldn’t “conclusively determine” the identities of either person in the 35-year-old photo.

They also said they couldn’t discern how the picture was placed on Northam’s yearbook page, but found no evidence it was placed there by mistake or as a prank.

The findings are unlikely to have a major effect on state politics or Northam, who has been trying to regain his footing for several months.

Virginia politics was turned upside down in a matter of hours in early February after a conservative website posted a picture of Northam’s medical school yearbook page. The Democratic governor issued two apologies within hours, initially indicating that he was one of the people in the picture. By midnight it appeared his entire political base was gone, with the Virginia Legislative Black Caucus, other key Democratic groups and top allies calling on him to resign.

Northam reversed course at a news conference the next day, saying he was convinced it was not him in the picture, while revealing that he did in fact wear blackface once decades ago, to look like Michael Jackson for a dance contest. Defying calls to resign, he said he wanted to focus his remaining three years in office on addressing longstanding racial inequities.

While he was all but invisible in February and much of March, the governor is making routine public appearances again.

And he’s won praise from black lawmakers and others for several recent policy moves. Those include ending the suspension of driver’s licenses for motorists with unpaid court fines and costs, and a review into how public schools teach the nation’s racial history.

The heat for Northam to resign significantly lessened after scandal enveloped his potential successors. Two women publicly accused Lt. Gov. Justin Fairfax of sexual assault, which he denies. And Attorney General Mark Herring announced he’d also worn blackface in college, just days after he too called on Northam to resign. Both Fairfax and Herring also resisted calls to resign. And other politicians around the South soon had their own explaining to do over yearbook images taken long ago.

But the incident will forever mark Northam’s time in office, and opponents still use it against him. House Majority Leader Del. Todd Gilbert recently said Northam had chosen to “repair his own racist legacy,” rather than protect victims of domestic abuse after the governor vetoed a bill requiring a mandatory jail term for repeat domestic abusers.