Far from border, US cities feel effect of migrant releases 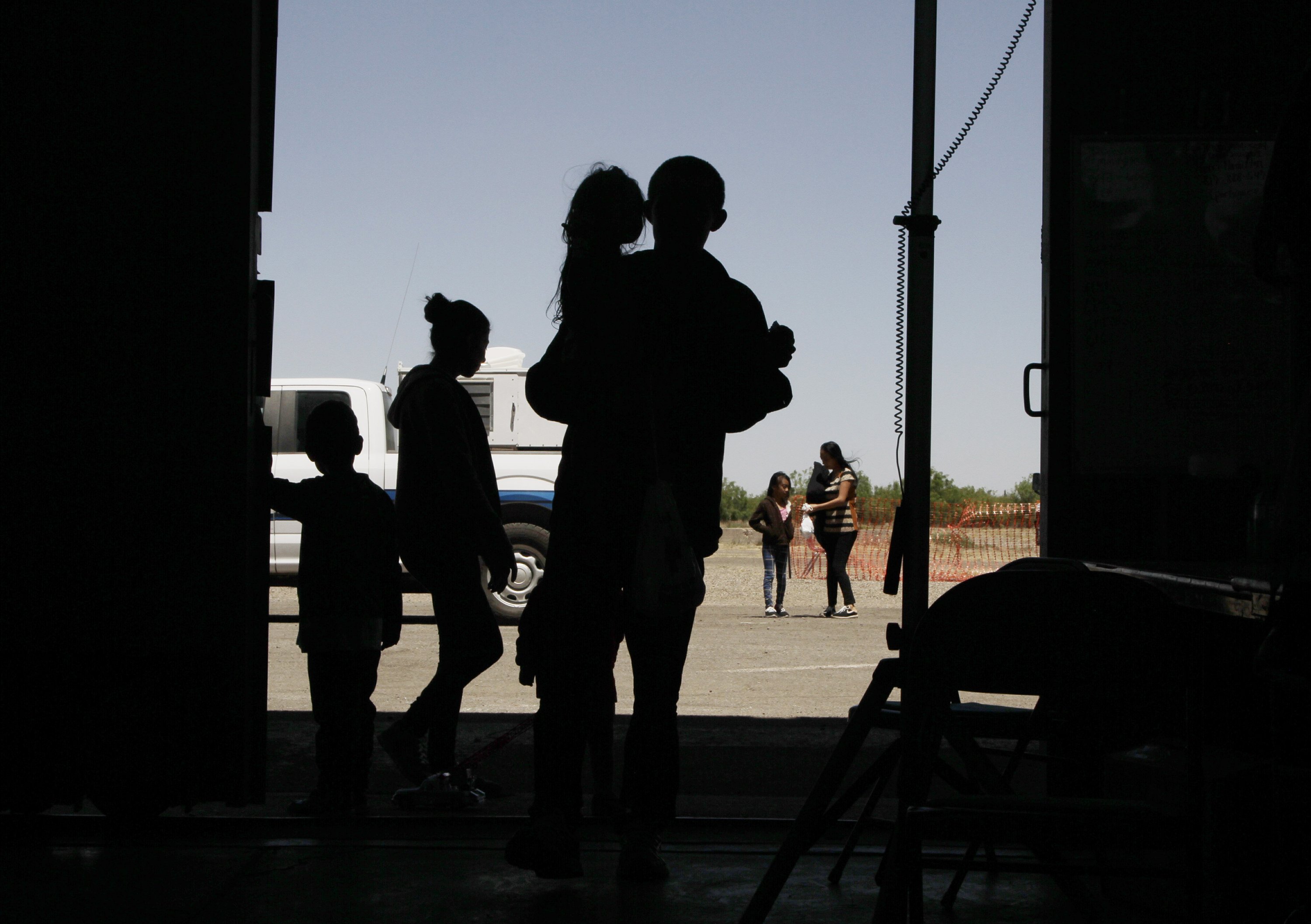 MIAMI — A surge of asylum-seeking families has been straining cities along the southern U.S. border for months, but now the issue is flowing into cities far from Mexico, where immigrants are being housed in an airplane hangar and rodeo fairgrounds and local authorities are struggling to keep up with the influx.

U.S. immigration officials have eyed spots in states like Florida, Michigan and New York, to help process the migrants before they move on to their destination, which could be anywhere in the U.S.

And in border states, cities that are several hours’ drive from Mexico are already seeing sometimes hundreds of migrants a day.

The situation is leaving local authorities and nonprofits with the task of providing shelter for a night or two, a few meals and travel assistance to help migrants reach their final destinations across the U.S.

The issue erupted in political intrigue last week when Democratic strongholds in Florida balked at plans to send migrants to their counties, conjuring images of homeless migrants on the streets.

But elsewhere, cities and states are quietly making arrangements. New Mexico and Colorado reached agreement to drop off some migrants in Denver. A remote desert town in California has helped hundreds reach shelters for short-term stays.

U.S. Immigration and Customs Enforcement has historically ensured that families had travel plans before releasing them, but last year it shortened custody stays in response to the growing numbers of arrivals from Mexico. They began dropping migrants off in cities along the border at burgeoning shelters and bus stations.

At the same time, U.S. Customs and Border Protection, which turns over border crossers to ICE after arresting them, has begun flying migrants to other cities for processing and is releasing them directly into communities without going through ICE, saying their own facilities are at capacity.

As numbers have swelled in border cities, authorities have begun looking farther inland.

In Florida, reports of asylum-seeking migrants detained at the U.S.-Mexico border in tents or makeshift areas under bridges seemed a distant matter until last week. Officials warned the public of plans federal officials gave to fly 1,000 border crossers from El Paso, Texas, to two Florida counties per month to be processed and released into the community, calling it a “humanitarian crisis” that could create a “homeless encampment.”

“I was scared they were going to come here and live in tents,” says Mark Bogen, mayor of Broward Counties, among the first to publicly oppose the plan. “It’s not that we are not welcoming. We are welcoming, we are inclusive, but we don’t have resources for these people at this point.”

Florida’s Republican Gov. Ron DeSantis got on the phone on Saturday with President Donald Trump, who assured him that would not happen. Detroit and Buffalo, New York, were also considered as places to send migrants, but acting Homeland Security Secretary Kevin McAleenan quashed the idea on Sunday.

In New Mexico, the cities of Las Cruces, Deming and Albuquerque have embraced relief efforts. But the board of commissioners of sparsely populated Sierra County, in the same state, approved a resolution Tuesday that opposes the relocation of migrants there, citing the area’s impoverishment and lack of transportation.

“It is our duty as a state, in the absence of a comprehensive shift in strategy and personnel deployment on the part of the federal government, to accommodate and facilitate the needs of both these asylum seekers and the local communities where they are being released,” she wrote in a letter sent Tuesday to Republican state lawmakers.

In San Diego, officials recently opened a shuttered downtown courthouse slated for demolition in a joint effort with a coalition of religious and nonprofit groups that has served more than 14,000 members of asylum-seeking families since October. San Diego County sued the Trump administration for a change in policy that it says forced the county to spend resources it wouldn’t normally have to.

The Border Patrol has also been releasing daily about 65 migrants in the highly remote desert town of Blythe in California. Riverside County spokeswoman Brooke Federico says more than 1,800 asylum seekers have arrived to the town of 20,000 since late March.

About 250 migrants have been arriving each day in Deming, a city of 14,000 people. Half of them are spending a night or two at the fairgrounds, normally used for rodeos, and the rest go to an abandoned World War II airplane hangar.

On Wednesday, children played soccer in a dusty field by a picnic area. A few feet away, migrants took cold showers in stalls made of plywood. Others washed their clothes at a water tank with a pressure hose. Their clothes dry in minutes in the desert sun.

“The most important thing is that we don’t have a thousand migrants walking through the city of Deming,” said city manager Aaron Sera.