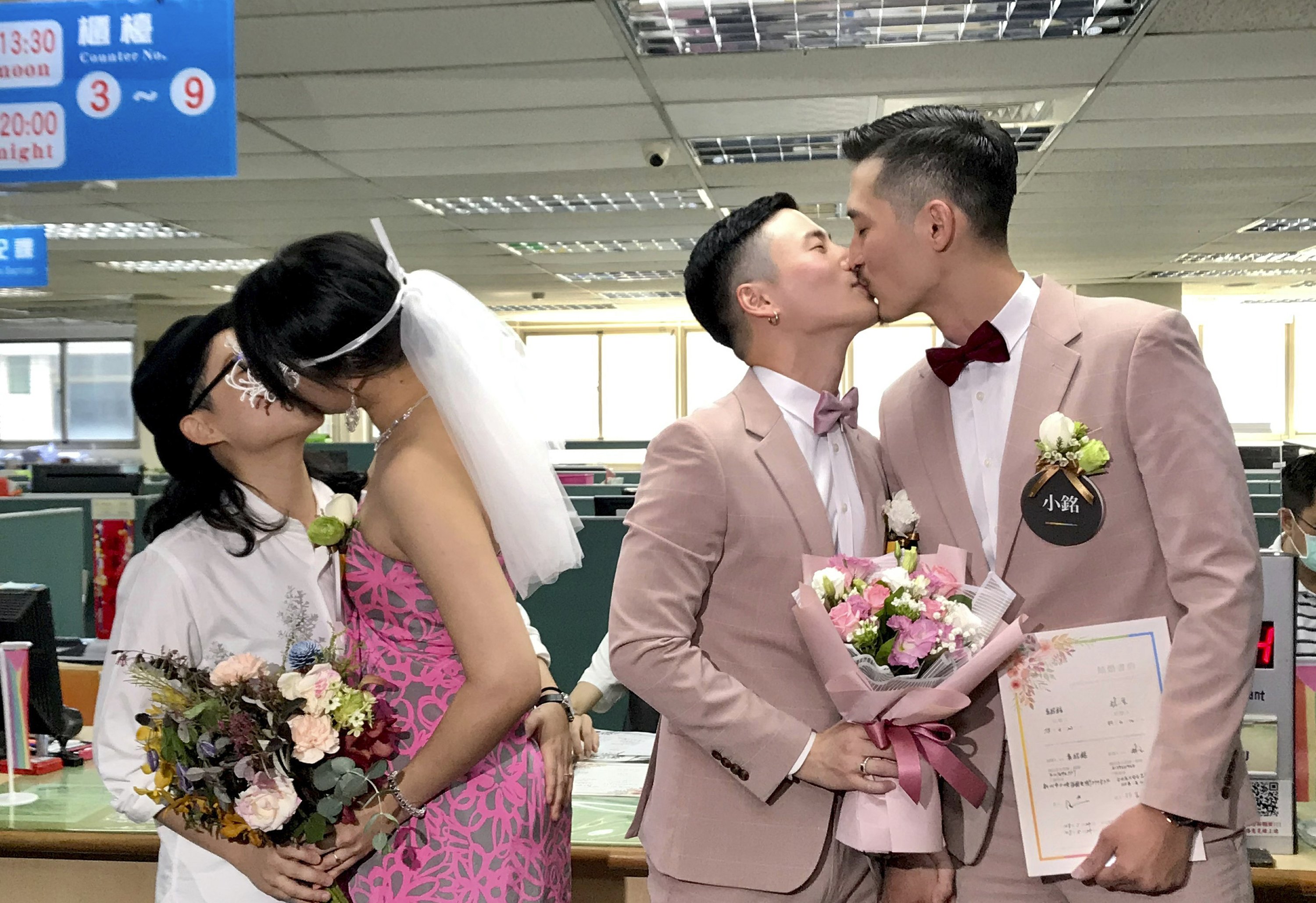 TAIPEI, Taiwan — Hundreds of same-sex couples in Taiwan are rushing to get married on the first day a landmark decision to legalize same-sex marriage takes effect.

One household registration office in Taipei was packed Friday as couples seized the earliest opportunity to tie the knot.

Taiwan became the first place in Asia to allow same-sex marriage last week in a legislative vote on a cause that LGBT rights activists on the island have championed for two decades.

A Taipei resident who identified himself only by a nickname said he and his partner feel lucky that they are able to tell everyone that they have gotten married.

Taiwan’s Ministry of the Interior said about 300 same-sex couples are expected to register Friday.