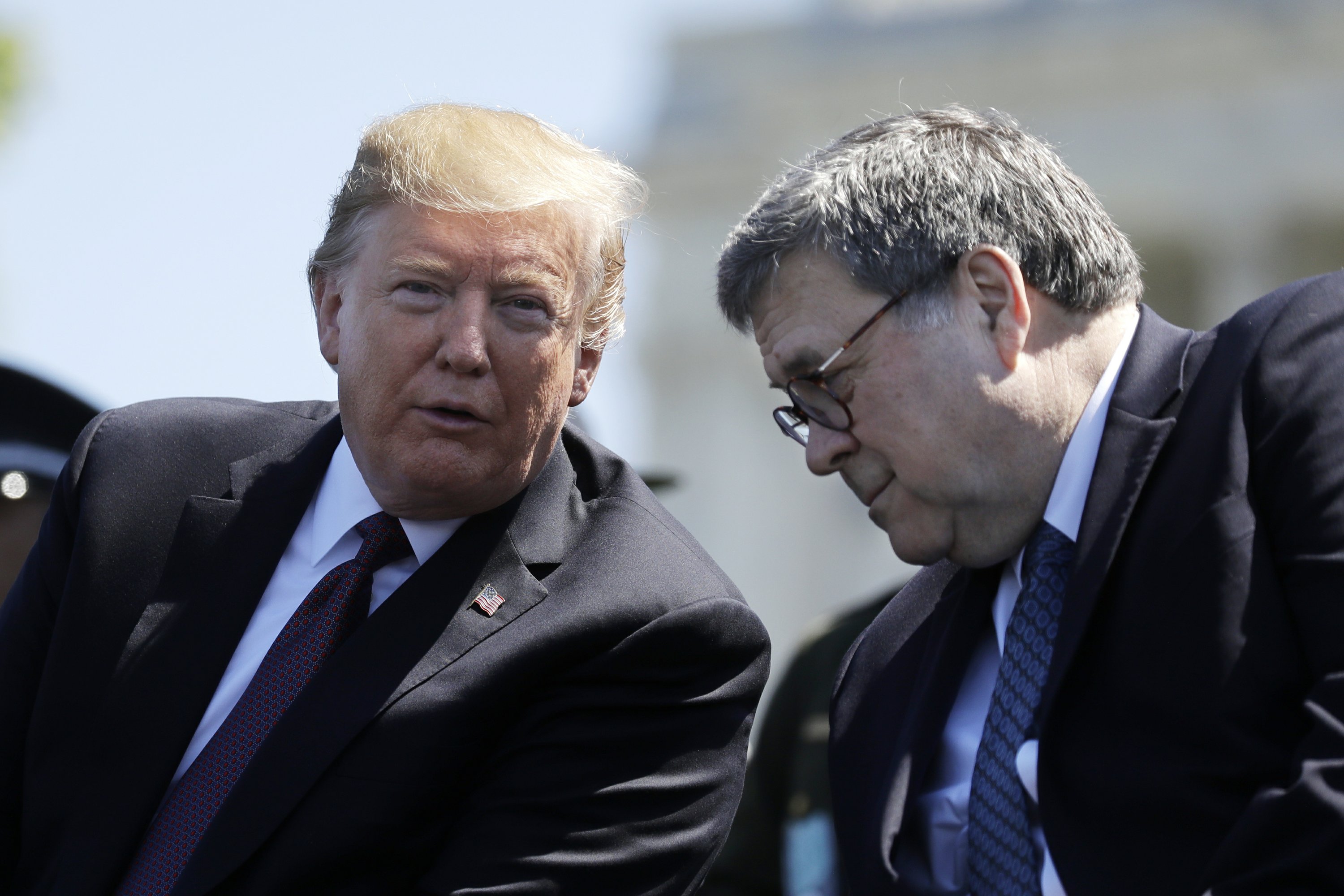 WASHINGTON — President Donald Trump directed the U.S. intelligence community on Thursday to “quickly and fully cooperate” with Attorney General William Barr’s investigation of the origins of the multi-year probe of whether his 2016 campaign colluded with Russia.

The move marked an escalation in Trump’s efforts to “investigate the investigators,” as he continues to try to undermine the findings of special counsel Robert Mueller’s probe amid mounting Democratic calls to bring impeachment proceedings against Trump.

Press secretary Sarah Sanders said in a statement that Trump is delegating to Barr the “full and complete authority” to declassify documents relating to the probe, which would ease his efforts to review the sensitive intelligence underpinnings of the investigation. Such a move could create fresh tensions within the FBI and other intelligence agencies, which have historically resisted such demands.

Barr has already asked John Durham, the U.S. attorney in Connecticut, to examine the origins of the Russia investigation to determine whether intelligence and surveillance methods used during the probe were lawful and appropriate. Still, Barr has been directly involved, according to a person familiar with the matter who was not authorized to discuss it publicly, and is also working with CIA Director Gina Haspel, Director of National Intelligence Dan Coats and FBI Director Christopher Wray.

Trump has frequently claimed his campaign was the victim of “spying,” though the intelligence community has insisted it acted lawfully in following leads in the Russia investigation and conducted surveillance under court order.

Wray vocally opposed the release by Congress last year of details from a secret surveillance warrant obtained by the bureau on a former campaign adviser, Carter Page. The White House had eagerly encouraged Republicans on the House intelligence committee to disclose that classified information, believing it could help undermine the Russia investigation.

Wray, though cooperating with Barr in a review of the origins of the Russia probe, would presumably balk at declassifying classified information that could reveal sensitive sources or methods of investigators.

Despite Mueller finding no evidence to support criminal charges against Americans related to Russia’s actions, his report documented extensive Russian efforts to interfere in the 2016 campaign and willingness on the part of some in Trump’s orbit to accept their aid.

Thursday’s move further solidifies Barr’s position in Trump’s eyes as a legal warrior on fighting on his behalf.

After Mueller submitted his report to Barr in March, the attorney general released a four-page summary to Congress. Barr’s letter framed the debate about the probe over the next few weeks and, White House officials believe, allowed Trump to declare victory before the release of the full report, the contents of which are far more ambiguous.

Trump also appreciated Barr’s combative stance with lawmakers and reporters as he defended the Justice Department’s handling of the report, and again when he declined to appear before Congress and defied a subpoena, drawing a possible contempt charge. Trump has told close confidants that he “finally” had “my attorney general,” according to two Republicans close to the White House who were not authorized to speak publicly about private conversations.

“Today’s action will help ensure that all Americans learn the truth about the events that occurred, and the actions that were taken, during the last Presidential election and will restore confidence in our public institutions,” Sanders said.