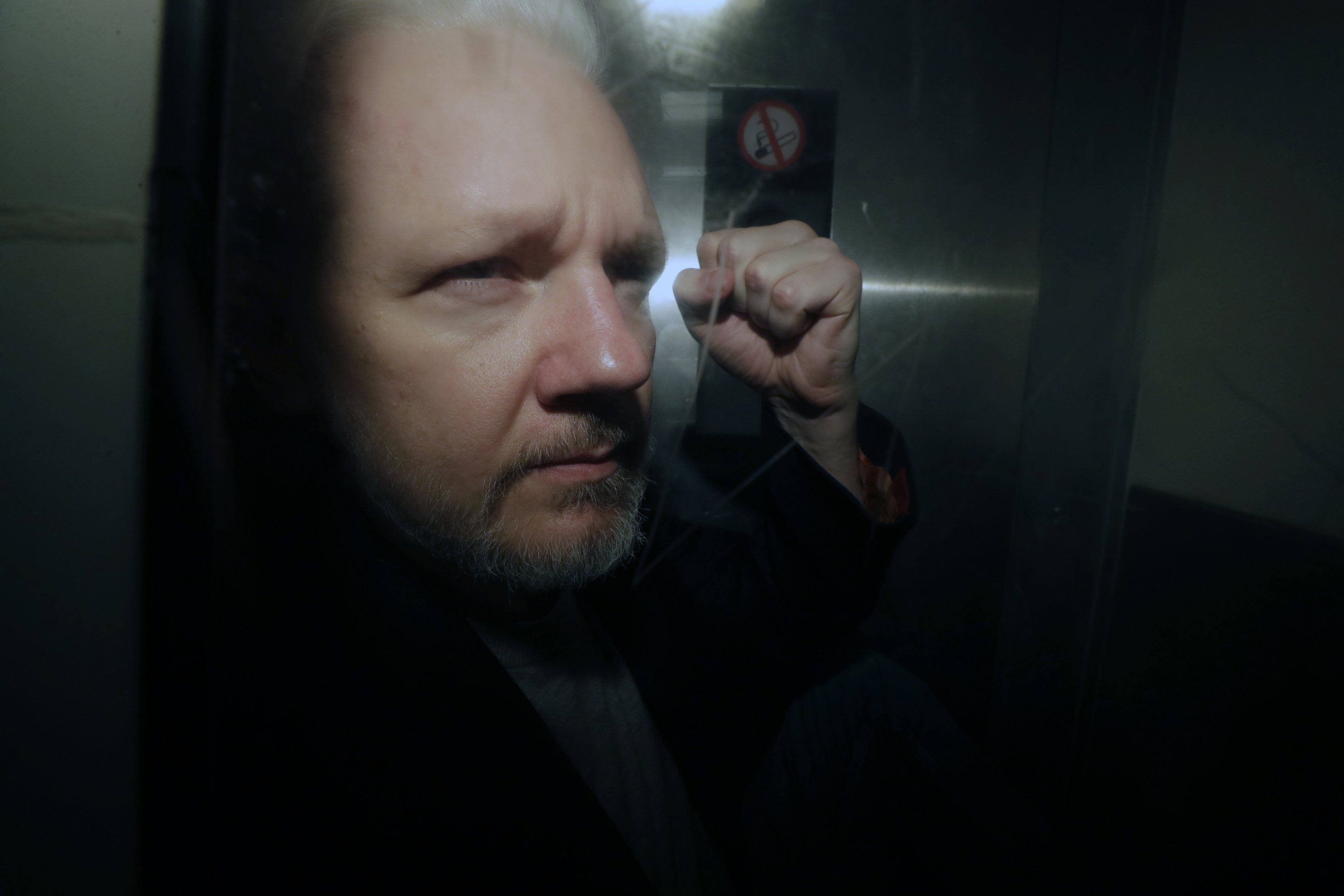 WASHINGTON — The U.S. filed new charges Thursday against Wikileaks founder Julian Assange, accusing him of placing the United States at risk of serious harm by publishing thousands of secret and classified documents, including the names of confidential sources for American armed forces.

In an 18-count, superseding indictment, Justice Department prosecutors allege that Assange directed former Army intelligence analyst Chelsea Manning in one of the largest compromises of classified information in U.S. history.

The case presents immediate questions about media freedom, including whether the Justice Department is charging Assange for actions — such as soliciting and publishing classified information — that journalists do as a matter of course. Department officials said Thursday they believe Assange strayed far outside First Amendment protections.

“Julian Assange is no journalist,” said Assistant Attorney General John Demers, the Justice Department’s top national security official. “No responsible actor, journalist or otherwise, would purposely publish the names of individuals he or she knew to be confidential sources, exposing them to the gravest of dangers.”

A lawyer for Assange did not immediately return an email seeking comment.

The new Espionage Act charges go far beyond an initial indictment against Assange made public last month that accused him of conspiring with Manning to crack a defense computer password.

Wikileaks caused particular harm by publishing the names of people who helped American forces in Iraq and Afghanistan and U.S. diplomats around the world.

The new indictment says Assange conspired with Manning to obtain and disclose classified national defense documents, including State Department cables and reports on the wars in Iraq and Afghanistan. Prosecutors say his actions “risked serious harm” to the United States.

Assange, 47, is in custody in London after being evicted from the Ecuadorian Embassy in April. The U.S. is seeking his extradition.

Manning, who was convicted in military court for providing a trove of classified documents to Wikileaks, is currently in a northern Virginia jail on a civil contempt charge.

Manning spent two months in the Alexandria Detention Center beginning in March after she refused to testify to a grand jury investigating Wikileaks. That grand jury is sitting in Alexandria, where Assange is charged. She could remain in jail for up to 18 months, the length of the current grand jury’s term.

Manning has said she believes prosecutors want to question her about the same conduct for which she was convicted at her court-martial. She served seven years of a 35-year military sentence before receiving a commutation from then-President Barack Obama.