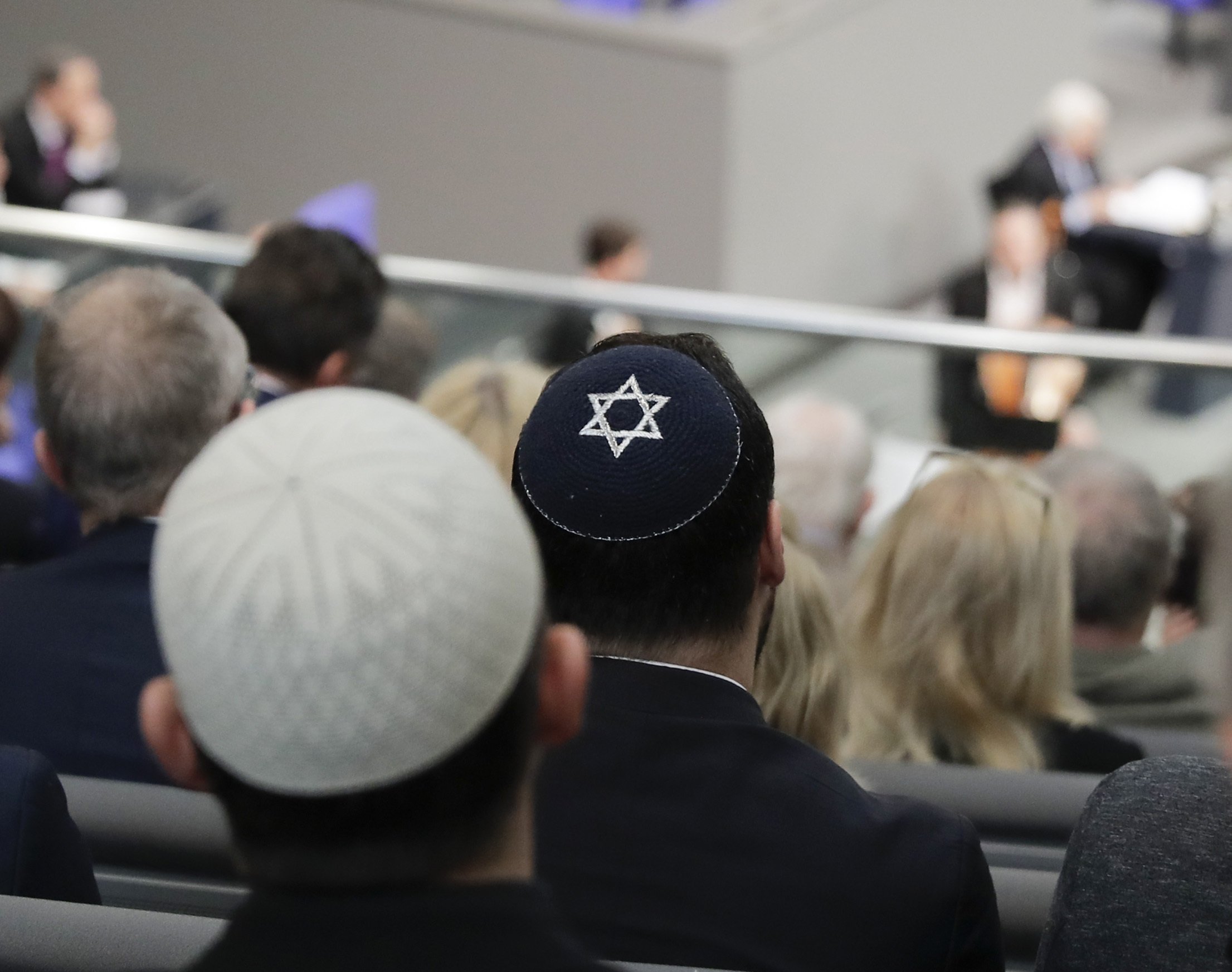 BERLIN — Israel’s president said Sunday he is shocked by a German official’s comment that he wouldn’t advise Jews to wear skullcaps in parts of the country, which is drawing mixed reactions at home.

Felix Klein, the government’s anti-Semitism commissioner, was quoted Saturday as saying: “I cannot recommend to Jews that they wear the skullcap at all times everywhere in Germany.” He didn’t elaborate on what places and times might be risky.

“The statement of the German government’s anti-Semitism commissioner that it would be preferable for Jews not wear a kippa in Germany out of fear for their safety, shocked me deeply,” Israeli President Reuven Rivlin said in a statement.

He added that “we will never submit, will never lower our gaze and will never react to anti-Semitism with defeatism — and expect and demand our allies act in the same way.”

Government statistics released earlier this month showed that the number of anti-Semitic and anti-foreigner incidents rose in Germany last year, despite an overall drop in politically motivated crimes.

Germany’s main Jewish leader, Josef Schuster, told news agency dpa “it has long been a fact that Jews are potentially exposed to danger in some big cities if they can be recognized as Jews.” He added that he pointed that out two years ago, “so it is to be welcomed if this situation gets more attention at the highest political level.”

Others were sharply critical of Klein’s comment. Michel Friedman, a former deputy leader of Germany’s main Jewish group, said it was an admission of failure and that “the state must ensure that Jews can show themselves everywhere without fear.”

Bavaria’s state interior minister, Joachim Herrmann, said that wearing a skullcap is part of religious freedom. “Everyone can and should wear his skullcap wherever and whenever he wants,” he said.

Klein himself told dpa that his statement had been “provocative” and he “wanted to initiate a debate about the safety of the Jewish community in our country.”

“Of course I believe that there must not be no-go areas anywhere in Germany for Jews or members of other minorities,” he said.