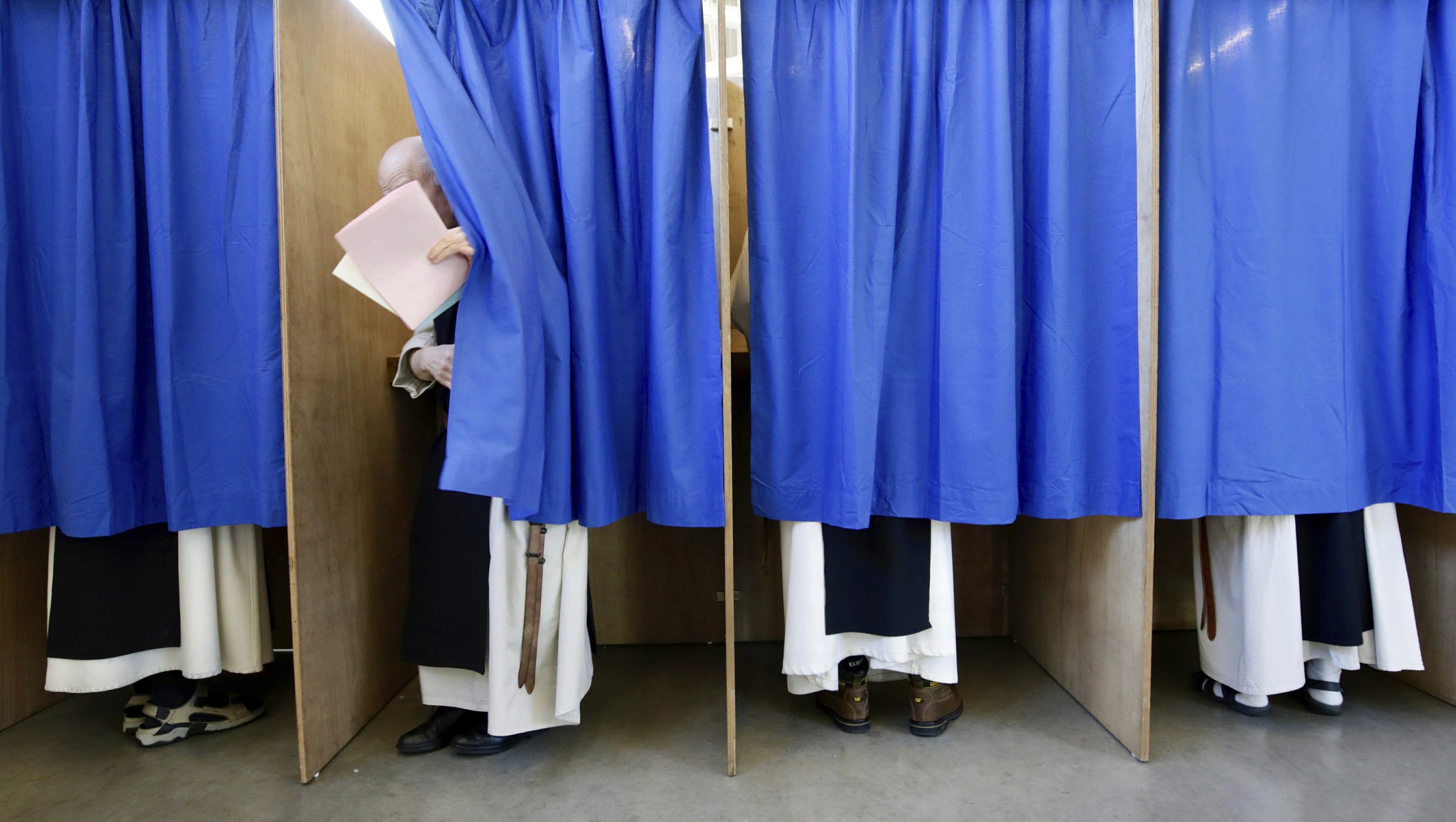 BRUSSELS — The traditional centrist leaders of Europe have been assailed from the nationalist, anti-immigration far-right and the environmental activist left in polarized, continentwide elections that will force pro-European moderates into forging new alliances.

Right now, the main issue uniting those occupying Europe’s center ground is their refusal to work with far-right groups whose ranks are made up of nationalist parties led by the likes of Matteo Salvini in Italy and Marine Le Pen in France, whose parties celebrated landmark triumphs as results emerged Sunday night and into Monday morning from four days of voting for the 751-seat European Parliament.

Manfred Weber, leader of the center-right EPP, which was forecast to lose 36 seats but remain the largest group in the legislature, said that “from now on those who want to have a strong European Union have to join forces.” He said his group would not cooperate “with any party that doesn’t believe in the future of the European Union.”

With most votes counted across the continent of a half billion people, Salvini’s hardline League party emerged as the largest in Italy, while Le Pen inflicted a painful defeat on pro-European French President Emmanuel Macron. The party of longtime German Chancellor Angela Merkel, a European Union stalwart, also lost ground, although it was the Greens and not the far-right Alternative for Germany that made big gains in her country.

Salvini, who has turned himself into a figurehead of the nationalist far-right movement in Europe, told RAI state television that his League, Marine Le Pen’s National Rally and Nigel Farrage’s Brexit Party together should control 90 seats and that other populist parties could bring the number to at least 150.

Negotiations will start Monday between groups in the parliament that sits in Brussels and Strasbourg to find a coalition with a workable majority. On Tuesday night, European leaders shuttle into Brussels to discuss carving up the bloc’s top jobs for the next five years.

Perhaps sensing that the 28-nation EU was at a historic tipping point, voters went to the ballot boxes in force, with the turnout of 50.95% the highest in 20 years.

Despite making gains, the vote was hardly the watershed anticipated by Europe’s far-right populists, who have vowed to dilute the European Union from within in favor of national sovereignty. Pro-EU parties still were expected to win about two-thirds of the legislature’s seats, according to the projections released by the parliament and based on the results rolling in overnight.

The fallout from the continentwide vote spread well beyond the EU headquarters in Brussels. Le Pen exulted that the expected result “confirms the new nationalist-globalist division” in France and beyond. Greece’s governing party called early national elections after losing ground. Salvini, Italy’s interior minister, is expected to capitalize on the outcome to boost his power at home.

Britons voted because their country still hasn’t been able to approve an EU divorce deal. They punished parties seen as responsible for the stalemate — the ruling Conservatives and main opposition Labour Party — while parties that are fiercely pro-Brexit or pro-Europe won big. The newly founded Brexit Party led by the anti-EU campaigner Nigel Farage and the strongly pro-European Liberal Democrats both profited from the country’s Brexit chaos. The European Parliament projected in the early hours of Monday that Farage’s party would be the biggest party in Britain with 31 percent of the vote and 29 seats.

Riding a wave of popular protests in recent months calling for urgent action to tackle climate change, Greens were forecast to increase their holding in the parliament from 52 to 70 seats, making the group potential kingmakers in negotiations to form a new majority grouping.

Frans Timmermans of the Socialists and Democrats group, another of the traditional European powerhouses, said he wants to work together with other progressive parties to convince voters that Europe can benefit them — a message deliberately opposed to populist and nationalist claims that the bloc is a cumbersome, meddlesome waste of money.

Timmermans, a candidate to become the next president of the EU’s executive commission, said he wants to “try and build a program that addresses the aspirations the dreams and also sometimes the fears” of Europeans.