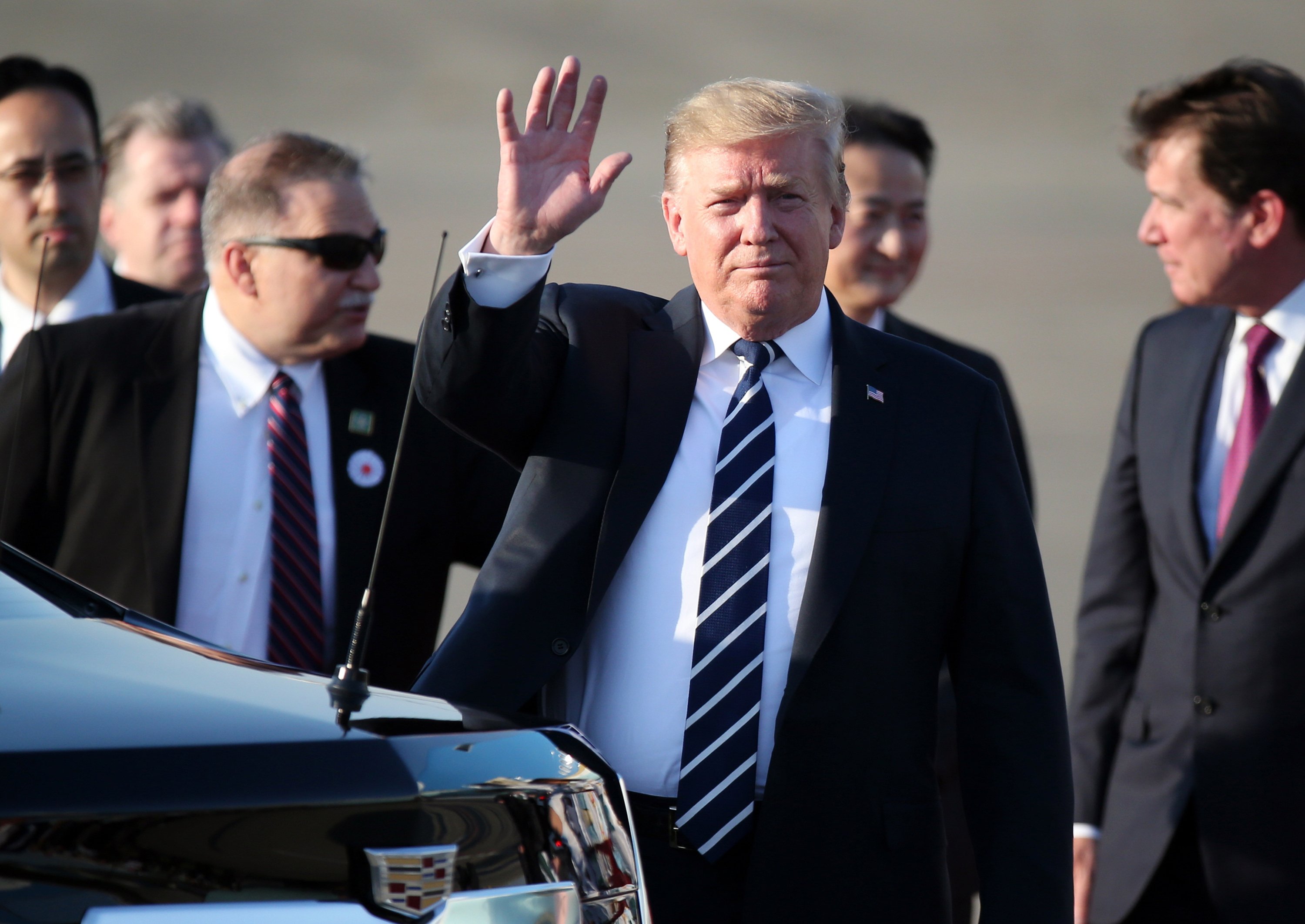 TOKYO — In an apparent contradiction of his national security adviser, President Donald Trump on Sunday downplayed recent North Korean missile tests, tweeting from Tokyo that they’re not a concern for him in comments sure to unnerve Japanese leaders.

The remarks were the latest example of Trump’s willingness to publicly undermine senior advisers, flout democratic norms and side with totalitarian leaders, even on the world stage. He did so this time during a four-day state visit to Japan where he’ll become the first leader to meet with the country’s new emperor.

“North Korea fired off some small weapons, which disturbed some of my people, and others, but not me,” Trump tweeted in one of a flurry of early morning messages that suggested he’d spent little time sleeping after the lengthy flight to Asia.

“Some” of his “people” appear to include national security adviser John Bolton, who told reporters at a briefing Saturday ahead of Trump’s arrival that a series of short-range missile tests by North Korea earlier this month were a violation of U.N. Security Council resolutions.

“In terms of violating U.N. Security Council resolutions, there is no doubt about that,” said Bolton, responding to the May 4 and 9 tests that ended a pause in launches that began in late 2017. Trump ignored a shouted question Sunday about whether he agreed with Bolton’s assessment.

Trump and other administration officials have sought to downplay the significance of the tests, insisting they do not violate an agreement Trump reached with Kim for a moratorium on launches.

“The moratorium was focused, very focused, on intercontinental missile systems, the ones that threaten the United States,” Secretary of State Mike Pompeo said in a recent television interview. That raised alarm bells in Japan, where short-range missiles pose a serious threat because of the country’s proximity to North Korea.

Unlike several other leaders in the region, Abe has yet to meet with Kim, leaving Japan to rely on the U.S. as an intermediary and advocate with North Korea. Abe recently offered to meet Kim without preconditions in an effort to restore diplomatic ties.

Trump in his tweet said he had “confidence that Chairman Kim will keep his promise to me,” while at the same time embracing Kim’s recent attacks on Biden, whose name he misspelled

North Korea this week labeled Biden a “fool of low IQ” and an “imbecile bereft of elementary quality as a human being” after the U.S. presidential hopeful accused Trump of cozying up to “dictators and tyrants” like Kim and Russian President Vladimir Putin during his campaign launch speech.

Biden’s campaign would not comment on the record Sunday, but a spokesman for his campaign, Andrew Bates said Wednesday that, “Given Vice President Biden’s record of standing up for American values and interests, it’s no surprise that North Korea would prefer that Donald Trump remain in the White House.”

The tweet came early Sunday before Trump left his hotel for a round of golf with Prime Minister Shinzo Abe. He’ll also be attending a sumo wrestling match and handing out a “President’s Cup” to the winner as part of a visit meant to showcase the close ties between the nations.