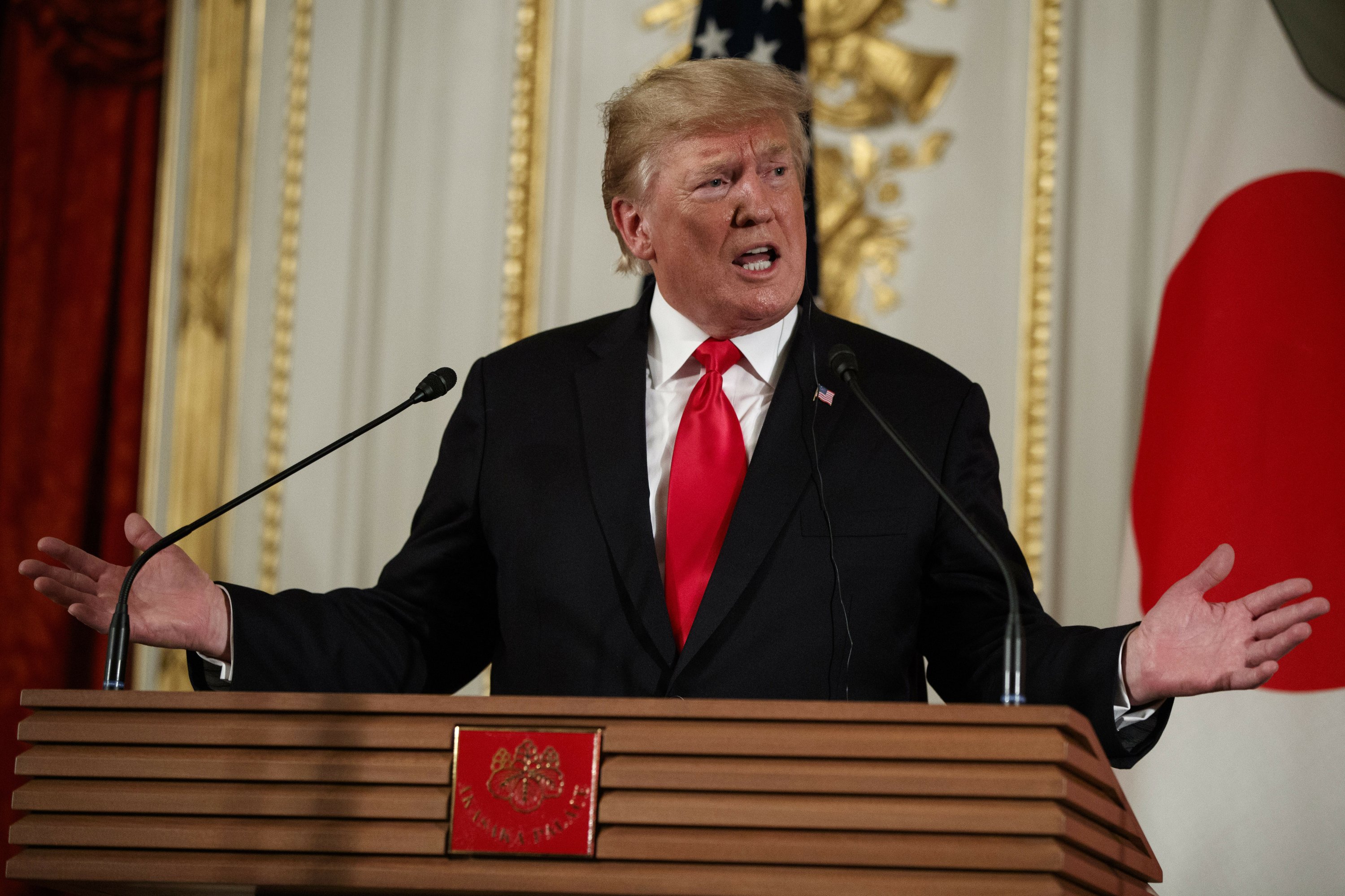 Here’s a look at some of his statements in a news conference with Japanese Prime Minister Shinzo Abe and how they stack up with reality:

TRUMP: “You know, foolishly, some people said that the American taxpayer is paying the tariffs of China. No, no, no — it’s not that way. They’re paying a small percentage, but our country is taking in billions and billions of dollars.”

THE FACTS: That’s not true. U.S. consumers and the public are primarily if not entirely paying the costs of the tariffs, as his chief economic adviser, Larry Kudlow, has acknowledged. That’s how tariffs work: Importers pay the taxes and often pass on the cost to consumers. The U.S. is not “taking in” billions from China as a result.

A sustained trade dispute is not painless for China, either. Its goods become pricier and therefore less competitive. But China is not paying a tab to the U.S. treasury in this matter.

As Kudlow said, accurately: “Both sides will suffer on this.” But in his view, “this is a risk we should and can take.”

TRUMP: “Prime Minister Abe and I have agreed to dramatically expand our nations’ cooperation in human space exploration. Japan will join our mission to send U.S. astronauts to space. We’ll be going to the moon. We’ll be going to Mars very soon.”

THE FACTS: Not very soon. The U.S. will almost certainly not be sending humans to Mars in his presidency, even if he wins a second term.

The Trump administration has a placed a priority on the moon over Mars for human exploration (President Barack Obama favored Mars) and hopes to accelerate NASA’s plan for returning people to the lunar surface. It has asked Congress to approve enough money to make a moon mission possible by 2024, instead 2028. But even if that happens, Mars would come years after that. International space agencies have made aspirational statements about possibly landing humans on Mars during the 2030s.

TRUMP on Iran: “If you look at the deal that Biden and President Obama signed, they would have access — free access — to nuclear weapons, where they wouldn’t even be in violation, in just a very short period of time. What kind of a deal is that?”

THE FACTS: That’s a misrepresentation of what the deal required. Iran would not have access to nuclear weapons capability in a “very short period” without violating the terms of the 2015 accord. The U.S. withdrew from the multinational agreement last year.

During the 15-year life of most provisions of the deal, Iran’s capabilities were limited to a level where it could not produce a nuclear bomb. Iran was thought to be only months away from a bomb when the deal came into effect.

After 15 years, Iran could have an array of advanced centrifuges ready to work, the limits on its stockpile would be gone and, in theory, it could then throw itself into producing highly enriched uranium. But nothing in the deal prevented the West from trying to rein Iran in again with sanctions. The deal included a pledge by Iran never to seek a nuclear weapon. In return, partners in the deal eased sanctions on Iran.