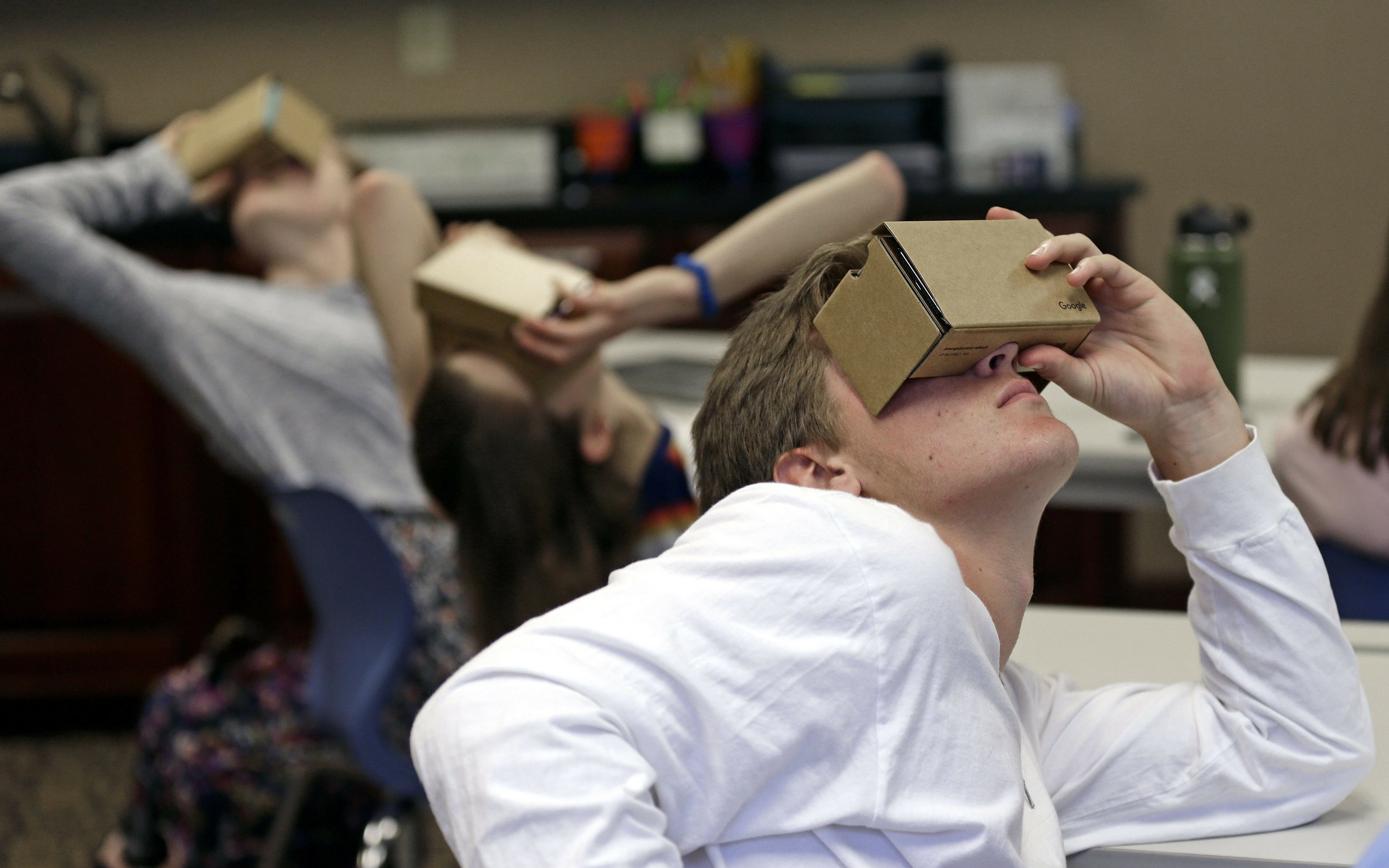 RALEIGH, N.C. — Kasey Turcol has just 75 minutes to explain to her high school students the importance of D-Day — and if this wasn’t the 75th anniversary of the turning point in World War II, she wouldn’t devote that much time to it. D-Day is not part of the required curriculum in North Carolina — or in many other states.

Turcol reminds her students at Crossroads FLEX High School in Cary, North Carolina, that D-Day was an Allied victory that saved Europe from Nazi tyranny and that the young men who fought and died were barely older than they are. She sprinkles her lesson with details about the number of men, ships, and planes involved in the landing at Normandy while adding a few lesser-known facts about a Spanish spy and a deadly military practice conducted six months earlier in England.

In the U.S. and other countries impacted by the events on June 6, 1944, historians and educators worry that the World War II milestone is losing its resonance with today’s students.

In France, which was liberated from German occupation, D-Day isn’t a stand-alone topic in schools. German schools concentrate on the Holocaust and the Nazi dictatorship. And despite having been part of the Allied Powers, in Russia, the schools avoid D-Day because they believe it was the victories on the Eastern Front that won the war.

“History has taken a back seat” in the U.S. because of the focus on science and math classes, says Cathy Gorn, executive director of National History Day in College Park, Maryland.

In the U.S., teaching about World War II varies from state to state. It’s often up to the teachers to decide how much time they want to give to individual battles like D-Day.

California’s History-Social Science Framework, adopted in 2016, includes for sophomores an expansive unit on World War II that includes how the conflict was “a total war,” the goals of the Allied and Axis Powers and how the fighting was fought on different fronts. The unit also includes a section on the Holocaust.

In New York, school officials are using the D-Day anniversary to review the curriculum and “make recommendations on how the current average time of 90 minutes of World War II study in a school year can be strengthened, expanded and mandated.”

There are special programs available to immerse select students in the history of D-Day.

For eight years, National History Day sent 15 pairs of students and teachers to Normandy to immerse them in the history of D-Day. The high school sophomores and juniors would research an individual soldier close to them — a family member or someone from their hometown — who died. On the last day, the group visited a cemetery where each student read a eulogy for their individual soldier.

In North Carolina, history is taught through “conceptual design” with connections to themes such as geography, economics and politics, said Meghan Grant, coordinating teacher for secondary social studies in Wake County schools.

The lessons are based on a method of teaching social studies that was developed in 2013 and used by about half the states, said Larry Paska, executive director of the National Council for the Social Studies. Paska said it may focus on asking students a question like “What makes an event a turning point in the war?” Students then would use difference sources of evidence to back up their answer.

As part of her D-Day lesson, Turcol tells her class of juniors and seniors that the Germans thought an attack from the Allied forces wouldn’t be possible.

“It’s too stormy. It’s too risky,” she says. “And what do we do? Yeah, we find a glimmer of hope. On June 5th, the skies kind of clear. The moon kind of shines. And we’re like, this is the moment. This is what is happening.”

She tells students that Gen. Dwight Eisenhower kept D-Day plans on the “down low.”

Turcol plays a few minutes of a documentary about D-Day to “show you the true humanity of the war,” she says.

“You saw the German praying … asking for his mother, father, asking for this to be over. Not everybody is on the same message in Germany,” she says. “Everybody here is a father, a mother, a brother, a cousin, a friend. So every life matters.”

Students in Europe also receive dramatically different lessons on D-Day depending on where they live.

Because of Germany’s history, any hint of militarism remains a taboo. While battles like D-Day, Stalingrad and the Operation Barbarossa invasion of Russia might be mentioned briefly in schools, they tend to be lumped together in broad overviews of the war. Individual teachers do have leeway, however, to pursue topics that capture the attention of students.

The curriculum is similar from state to state. In Berlin high schools, for example, curriculum guidelines include the history of the war under the overall focus on “the collapse of the first German democracy; Nazi tyranny,” which includes classes on Nazi ideology, resistance movements, the Holocaust and World War II.

Similarly, Bavaria’s ninth grade curriculum focuses primarily on explaining how the Nazis came to power and their anti-Semitic ideology and genocidal policies, with the war taught briefly as part of their “expansion and conquest policies.” In the 11th grade, the focus is even more directly on the Holocaust, and the curriculum guidelines note specific dates to be learned, including the anti-Jewish “Kristallnacht” pogrom in 1938.

The Russian narrative on D-Day has remained almost unchanged since the days of the Soviet Union. Historians and schoolbooks describe the invasion as a long-awaited move as happening after the course of WWII had already been shaped by Soviet victories in the battles of Stalingrad and Kursk and other battles on the Eastern Front.

Even in the country where D-Day occurred, the assault doesn’t have a central, dominant place in the teaching of World War II. The history of 20th century conflict is taught in France as a theme and no longer as a chronological list of major battles.

“We no longer teach as we did before, what we called ‘the history of battles,’” says Christine Guimonnet, who teaches history at a high school west of Paris and is secretary general of the APHG, a French association of history and geography teachers. “Everyone will, of course, speak about June 6 because it was a major moment in the war, but we’re not going to spend a whole week on it. That’s not possible.”

As long as they are still teaching the broader themes, French teachers may home in on specific events, like D-Day, to organize study projects and, if they have the budget, trips to Normandy beaches, museums or screenings of “The Longest Day,” a 1962 film about the events of D-Day.

As cultural director at Normandy’s Caen Memorial, Isabelle Bournier deals daily with school groups that tour the museum. French children often aren’t familiar with the details of D-Day, partially because fewer families have relatives who lived through the war and can pass on their stories, she said.

Students from Normandy are different from the broader French student population, she said.

“All families are more or less impregnated by this history. It is part of us,” Bournier said.