The Latest: Serbian security body meets as troops on alert 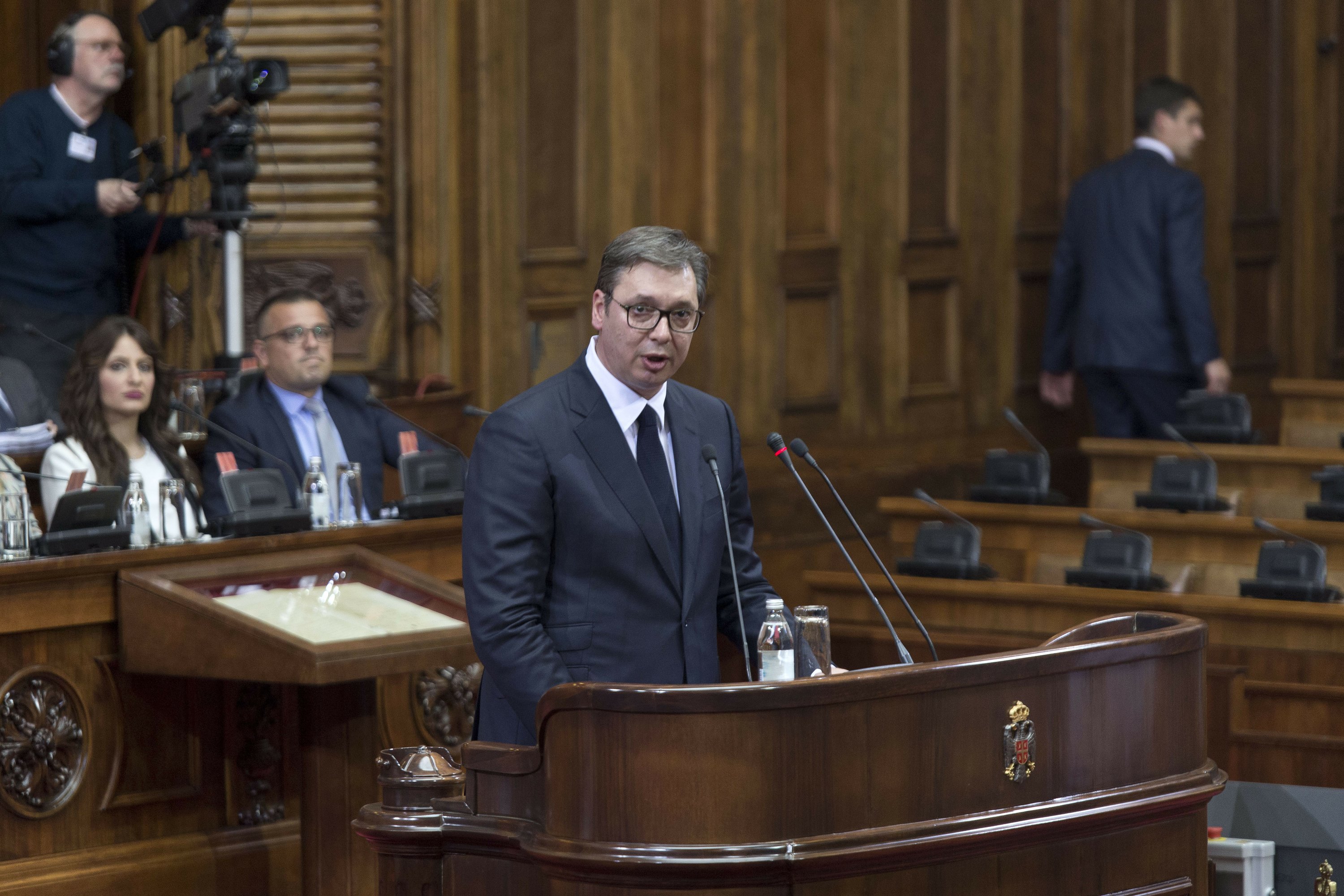 BELGRADE, Serbia — The Latest on tensions between Serbia and Kosovo (all times local):

Kosovo’s president is calling on the ethnic Serb minority to remain calm and support the police fight against organized crime, which he says will speed up the country’s process toward integration with the West.

Hashim Thaci on Tuesday called for calm after a police operation in the area of Mitrovica, where most of the ethnic Serb minority lives, sparked concern, and led Serbia to order its troops to full alert.

“Those involved in illegal activities will go behind bars,” he wrote on his Facebook page, adding that the police operation was not targeting ethnicities. He invited the Serb minority “to support the fight against organized crime.”

Prime Minister Ramush Haradinaj called on Belgrade “not to undermine our efforts to tackle (crime).”

Serbia has suspended European Union-facilitated dialogue with the Kosovo government after Pristina in November slapped a 100-percent tax on Bosnian and Serbian imports, saying it will only be lifted when the two countries recognize Kosovo’s sovereignty.

Serbia’s state TV says a meeting is underway of the country’s top security body following tensions in Kosovo over arrests in the Serb-populated north.

The report says President Aleksandar Vucic will speak in the parliament later on Tuesday about the latest developments. It says Vucic has warned the European Union that Serbia will react if Kosovo does not pull its special police out of northern Kosovo.

RTS TV also says “movements” of Serbian troops in the direction of Kosovo have been spotted after the country put the security forces on alert earlier on Tuesday.

Kosovo police have said they have arrested several people in an action in northern Kosovo against crime and corruption. Serbia insists the action is aimed at intimidating Serbs in Kosovo.

Kosovo police and media say two officers have been injured during a police action in the north of the country that has triggered tensions with Serbia.

A statement said Tuesday’s action followed a months-long investigation of criminal groups involved in smuggling, abuse of power, bribery and illegal trade. The lives of the injured officers are not in danger.

Police faced resistance, especially in the commune of Zubin Potok, where they arrested the top policeman, an ethnic Serb. Local Serbs tried to block the road but police broke through.

The police statement said those arrested Tuesday included several police officers and citizens, but didn’t specify how many.

Agim Bahtiri, the ethnic Albanian mayor of the commune of Mitrovica, said the operation was against no nationality “but those people who have done harm.”

Serbia has ordered its troops to full alert after reports that Kosovo police entered Serb-populated regions of the former Serbian province.

Serbia’s state TV said Tuesday that Kosovo’s special police “burst into” northern Kosovo and made several arrests. There was no confirmation of the action from Pristina.

Serbian government official Marko Djuric says the Kosovo police action is designed to intimidate and expel Serbs from Kosovo and presents a “not only a threat to stability but the most direct threat to peace.”

Serbia lost control over Kosovo after a NATO intervention in 1999. It does not recognize Kosovo’s 2008 declaration of independence.