Democrats to try again on overdue $19B disaster aid bill 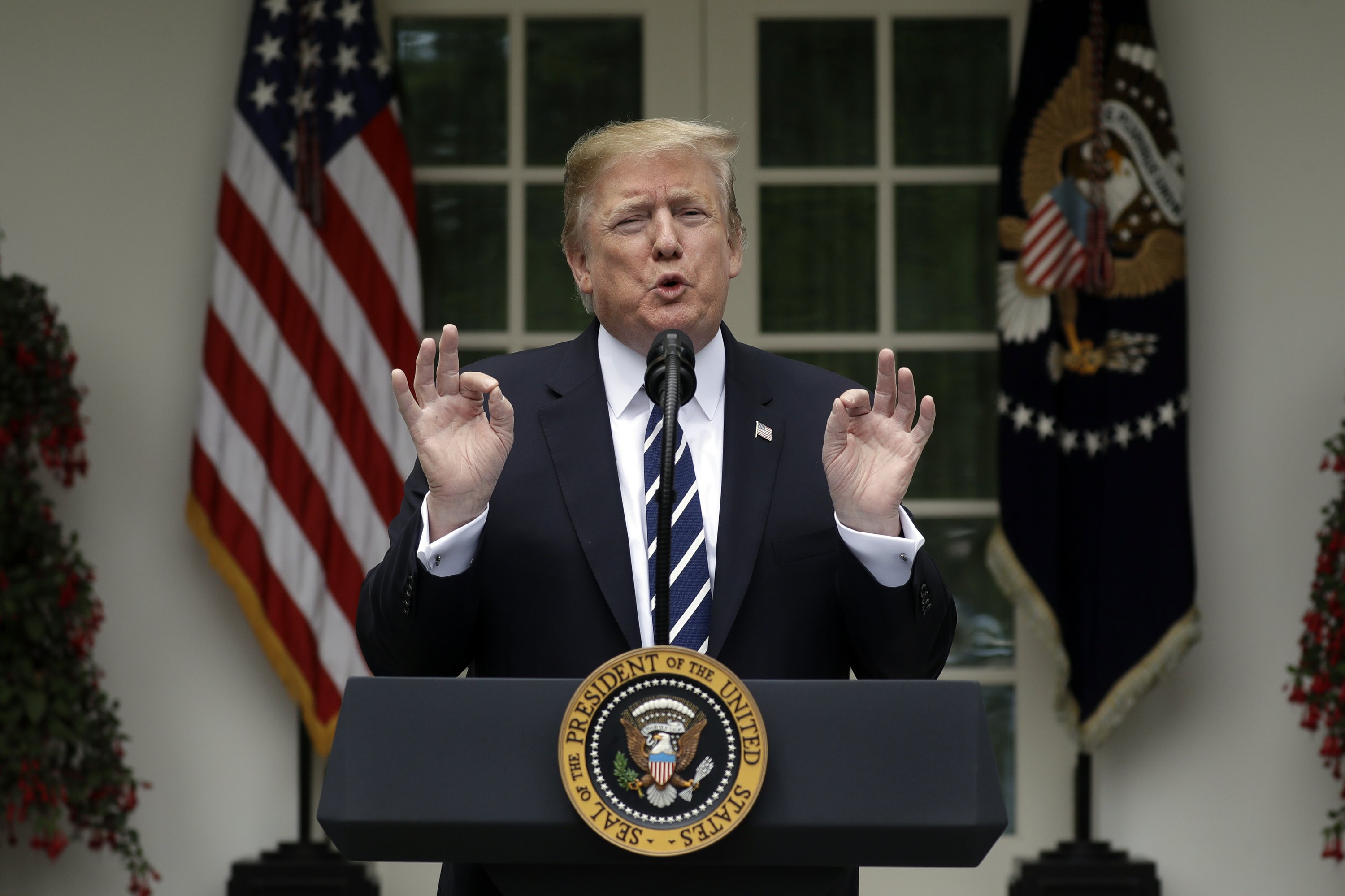 WASHINGTON — House Democrats appear likely to try again Tuesday to pass a long-overdue $19 billion disaster aid bill that’s a top priority for some of President Donald Trump’s most loyal allies on Capitol Hill. Both sides expect that it’ll get blocked by GOP forces.

Eventual passage of the bill, supported by Trump and top leaders in Congress, is a forgone conclusion. Trying again on Tuesday is a political freebee for Democrats, who went on the attack after Texas freshman GOP Rep. Chip Roy blocked the bill on Friday. Roy had complained about its cost and a move by Democrats to dump Trump’s request for $4.5 billion to address the crisis of Central American refugees at the southern border.

Trump is a supporter of the measure, which swept through the Senate on Thursday in a rush to exit Washington for Memorial Day. Many Republicans, including southerners facing re-election, are frustrated that the bill has taken so long. After being denied his border money in a fight with House Democrats such as Rosa DeLauro of Connecticut, Trump still embraced the bill, which directs much of its aid to political strongholds of his such as the Florida Panhandle and rural Georgia and North Carolina.

Passing legislation without any objection from anyone is often trickier to do in the House than the Senate, however.

“I just think a unanimous consent, voice vote, on the way out the door — there’s always, out of 535 (members of Congress) there’s always a few who think maybe that’s not appropriate,” said Sen. Ken Cramer, R-N.D, a conservative who presided over a moments-long pro forma session of the Senate on Tuesday.

Cramer moved over to the Senate this year after spending three terms in the House GOP majority, also pointing out that the final disaster bill “actually took out some of the things that the House conservatives wanted” such as billions of dollars to care for the influx of migrants seeking asylum after crossing the southern border.

There are also newer additions to the measure to help Midwestern areas suffering from springtime floods, along with large chunks of money to rebuild military bases such as Tyndall Air Force Base in Florida that were damaged by a string of disasters dating to last fall’s hurricane season. The measure ordinarily would have passed months ago but Trump injected himself into the debate, demanding that funding sought by Puerto Rico’s elected officials, Republicans and Democrats both, be kept out.

Democrats held firm in demanding that Puerto Rico, a territory whose 3 million people are U.S. citizens, be helped by the measure. Their confidence was clear from the outset and GOP resolve on Puerto Rico, never particularly strong to begin with, steadily faded as the impasse dragged on. The bill now contains more money for Puerto Rico, about $1.4 billion, than Democrats originally asked for.

Roy said last week that lawmakers ought to go on record either way on the legislation, which is among the few significant bills to make it through the system despite the intense partisanship dominating Washington.

“This is a $19 billion bill that is not paid for when we are racking up $100 million of debt per hour,” Roy said. “And we now are expected to let the swamp continue to mortgage the future of our children and grandchildren.”