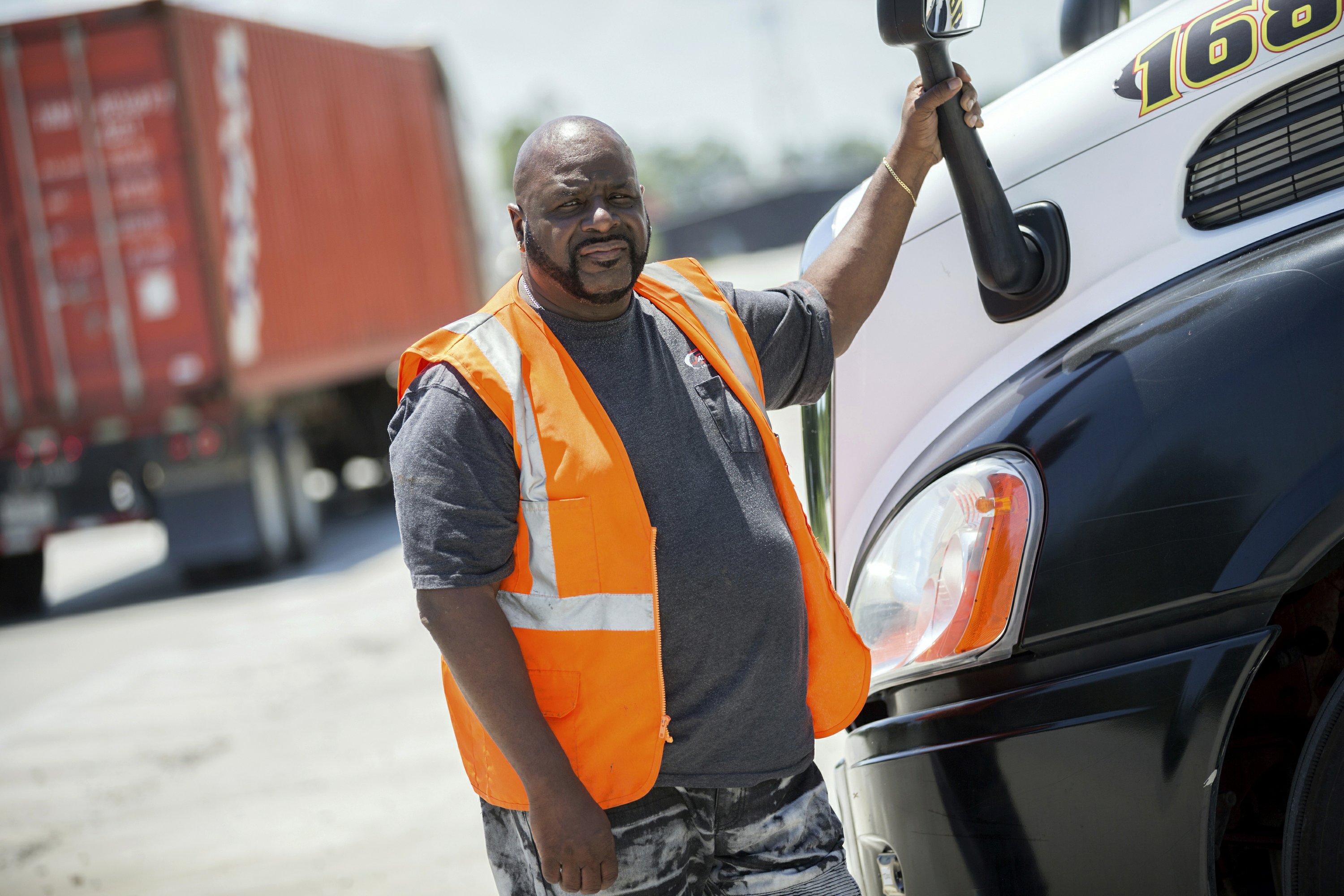 SAVANNAH, Ga. — Leon Brown is trusted enough to drive a tractor-trailer inside one of the nation’s busiest seaports more than six years after being released from prison. But he’s not allowed to vote in Georgia because of a law rooted in the years after the Civil War, when whites sought to keep blacks from the ballot box.

With a criminal history dating back decades, 53-year-old Brown has more than three years left on probation after serving behind bars for theft and credit-card fraud. Enough time has passed that he qualifies for a federal government credential to deliver cargo to and from the Port of Savannah, but Brown can’t take part in elections.

“I would like to vote,” Brown said. “I go off and do the time, come back out and they hold me hostage again because I’m on probation.”

Brown and tens of thousands of other Georgia residents are cut off from voting due to a vaguely worded law that state election officials interpret in the strictest possible manner.

Georgia strips voting rights from people convicted of all felonies, from murder to drug possession, even though a straightforward reading of the law suggests not all felons deserve such punishment.

Felons seeking to restore their voting rights must not only finish their prison sentences, but also any parole or probation, as well as pay any outstanding court fines. That has a big effect in Georgia, which has more people on probation than any other state.

The U.S. Supreme Court has upheld laws like Georgia’s, which is not the nation’s most severe. Kentucky and Iowa bar all felons from voting for life. So did Florida until voters last year approved a constitutional amendment to restore voting rights to those who serve their time. Nine other U.S. states permanently rescind voting rights for some felony convictions.

Voting policies in Georgia have been under a microscope since the 2018 elections, largely because of the close finish between new Republican Gov. Brian Kemp and Democrat Stacey Abrams. Abrams and her supporters accused Kemp, who campaigned while serving as Georgia’s top elections official, of benefiting from restrictive policies adopted in the name of election security. Abrams said the policies actually prevented minorities and low-income voters from casting ballots. An advocacy group since formed by Abrams has co-filed a lawsuit accusing Kemp of mismanaging the election.

The debate in Georgia has all but ignored the voting rights of felons, even as the issue has gained traction nationally. A sweeping elections bill recently passed by Democrats in the U.S. House would allow felons to vote in federal elections as soon as they leave prison.

Georgia law prohibits voting by anyone convicted of a “felony involving moral turpitude,” a legal phrase rooted in the state’s Reconstruction-era constitution of 1877. The phrase has endured several revisions, including the latest version from 1983.

“It’s a vague concept,” said Julia Simon-Kerr, a University of Connecticut law professor who’s spent the past decade researching the legal history of the phrase “moral turpitude.” ″It can be used basically in discriminatory ways because it has very little solid, definitional meaning.”

Georgia election officials say court rulings support denying voting rights to all felons. Secretary of State Brad Raffensperger’s spokeswoman, Tess Hammock, said the state Supreme Court has “directly weighed in on this question.” She cited a 1998 ruling that states “in Georgia, all felonies are crimes involving moral turpitude,” and a similar decision from 1979.

Neither of those cases dealt with voting rights. One upheld the disbarring of an attorney over a felony conviction. The other addressed whether a trial witness’ criminal record could be used to attack his credibility.

The ACLU’s Young said it’s significant that neither case dealt with felons’ voting rights because “the same words can have different meaning in a different context.”

Others have questioned whether Georgia is right to prohibit all felons from voting. A panel formed by Kemp in 2011 to recommend election-law changes suggested lawmakers consider defining felonies of “moral turpitude” for voting purposes. The state Senate this year approved a study committee to look at whether to exempt some nonviolent felonies from the voting ban.

Alabama has grappled with a similar law denying voting rights for crimes involving “moral turpitude.” The U.S. Supreme Court in 1985 struck down the original, ruling its adoption in 1901 was guided by a “zeal for white supremacy.”

Alabama later restored the “moral turpitude” standard and kept it vague until 2017. That’s when state lawmakers facing a federal lawsuit defined those crimes as 46 felonies, leaving out some lesser ones, such as drug possession.

In Georgia, the law says felons don’t regain the ability to vote “except upon completion of the sentence.” State officials interpret that to mean not just prison time, but also parole and probation.

According to the U.S. Bureau of Justice Statistics, Georgia had 410,964 people on probation as of 2016, the most recent year for which data is available. That’s far more than any other state. California had 288,911 probationers; its population is nearly four times that of Georgia.

Felony convictions barred 248,751 Georgia residents — 3% of the state’s voting-age population — from voting in 2016, according to the Sentencing Project, a Washington-based advocacy group that studies racial disparities in criminal sentences. Of those, 58% were African Americans, who make up 30% of the state population.

Brown left prison in 2012 after serving about two years for stealing $80 and a credit card that he used to run up $442.48 in fraudulent charges.

“I didn’t hurt anybody,” he said. “I just did something stupid.”