No end seen to struggle as Mississippi flood enters month 4 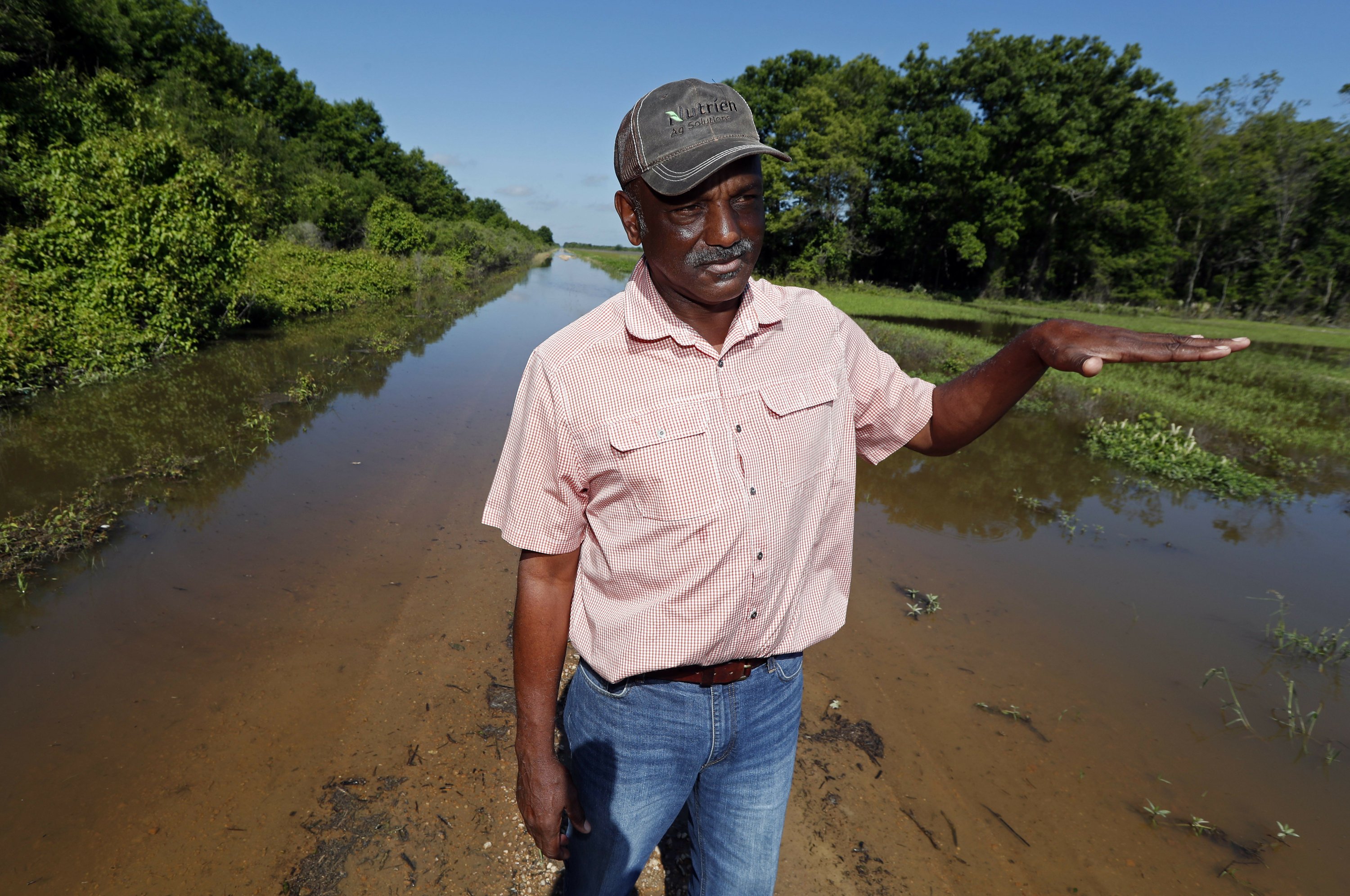 HOLLY BLUFF, Miss. — Larry Walls should have been out working in his fields last week. Instead, his John Deere tractor is parked on high ground, just beyond the reach of the ever-encroaching floodwaters in the southern Mississippi Delta.

Four months into what seems like a never-ending flood, he’s trying to stay busy. He pressure-washed his church, and he’s been shooting the snakes that slither out of a swollen creek submerging his backyard.

“The corn would have been at least waist-high right now,” Walls said.

Floodwater has swamped 860 square miles (2,200 sq. kilometers) north of the Mississippi River city of Vicksburg, an area larger than the cities of New York and Los Angeles combined. Residents say it’s the worst flood since 1973. Gov. Phil Bryant last week went further, likening it to the 1927 flood that lives on in books, songs, movies and the folk memory of the Magnolia State.

“1927 was a line of demarcation for most of us who lived in the Delta,” Bryant, a Republican, said. “This may replace that.”

Levees and floodgates near Vicksburg were built to prevent water from overflowing into the Delta when the river rises. This year, it has been above flood stage at Vicksburg for 102 consecutive days , with the floodgate closed much of that time. 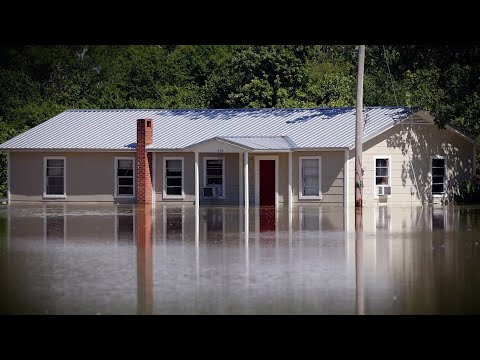 The problem comes when gates are closed and it rains in parts of northern Mississippi. That water flows into the south end of the Delta region and can’t drain into the river. Trapped inside levees with nowhere to go, the water has been rising inch by inch since February in what’s called the Yazoo backwater area.

The Steele Bayou gate was opened Thursday, and water has gone down about 2 inches (5 centimeters). But the gate’s likely to close again as the Mississippi River rises with runoff from heavy rains in Kansas, Oklahoma, Missouri and Arkansas. Current forecasts suggest the water won’t drain significantly from the backwater area until July at the earliest.

And when will all the water be gone?

“Nobody knows,” said Holly Bluff Fire Chief Glen Reams. With fields and some homes under what seems like an inland sea and people boating around between the sandbags, he’s trying to raise morale in his community, but even he’s been having trouble sleeping.

“I see people breaking down and crying,” Reams said. “It’s the stress.”

More than 500 homes have been damaged in flooding across a region where cotton, corn and soybeans are the main crops. Farmers are resigning themselves to missing the growing season entirely. Corn and cotton should already be in the ground, and farmers say there’s no way fields will be dry enough to plant soybeans by the end of June. Even then, removing debris from the fields be a major job.

A giant pumping station had been proposed to pump water from the backwater, over the levees and into the Mississippi River when the floodgates are closed, but the U.S. Environmental Protection Agency vetoed it in 2008, finding it would drain wetlands and harm wildlife. Bryant and other Mississippi leaders are lobbying to reverse that decision, pointing to damaged homes, roads washed out, and millions of dollars lost by farmers.

Clay Adcock, who farms 3,800 acres (1,540 hectares), is helping circulate a pro-pumps petition with more than 11,000 signatures. He’s also scrambling to shore up the ring levee around his house. Last week, the earthen barrier sprang a leak, with water burbling out like a spring. Adcock’s trackhoe and bulldozer, normally used to clean ditches in fields, were traversing the muddy mess of his once-treasured backyard, piling truckloads of dirt to keep out the green-scummed water of the Sunflower River, which normally drains into the Mississippi.

“I had a dream that I stepped out of bed and stepped in the water,” he said.

Adcock’s son, married in February, is in the same boat, moving back home with his new family after his own house flooded in March.

Walls, meanwhile, is a small farmer by Delta standards, renting 560 acres (225 hectares) near Louise. The 63-year-old worked for larger farmers for decades but struck out on his own in 2012. He has crop insurance, which will help pay the rent and debt on his two John Deere tractors and three 18-wheel grain-hauling trucks. Walls said he’ll survive financially, but he and his wife “won’t be able to do things we usually do.”

“As long as that tractor is sitting still, I’m not making any money, and I’ve got to pay notes on it,” he said.

But people are still fighting. Adcock’s brother-in-law, Jimmy Hudson, showed Reams a video he made, set to “Five Feet High and Rising,” a Johnny Cash song inspired by a 1937 flood in Arkansas. Then he went back to work, loading sandbags to shore up the levee surrounding his home.

“My kids’ handprints are out in the concrete by the basketball goal,” Hudson said. “This is home. We’re going to go down swinging.”