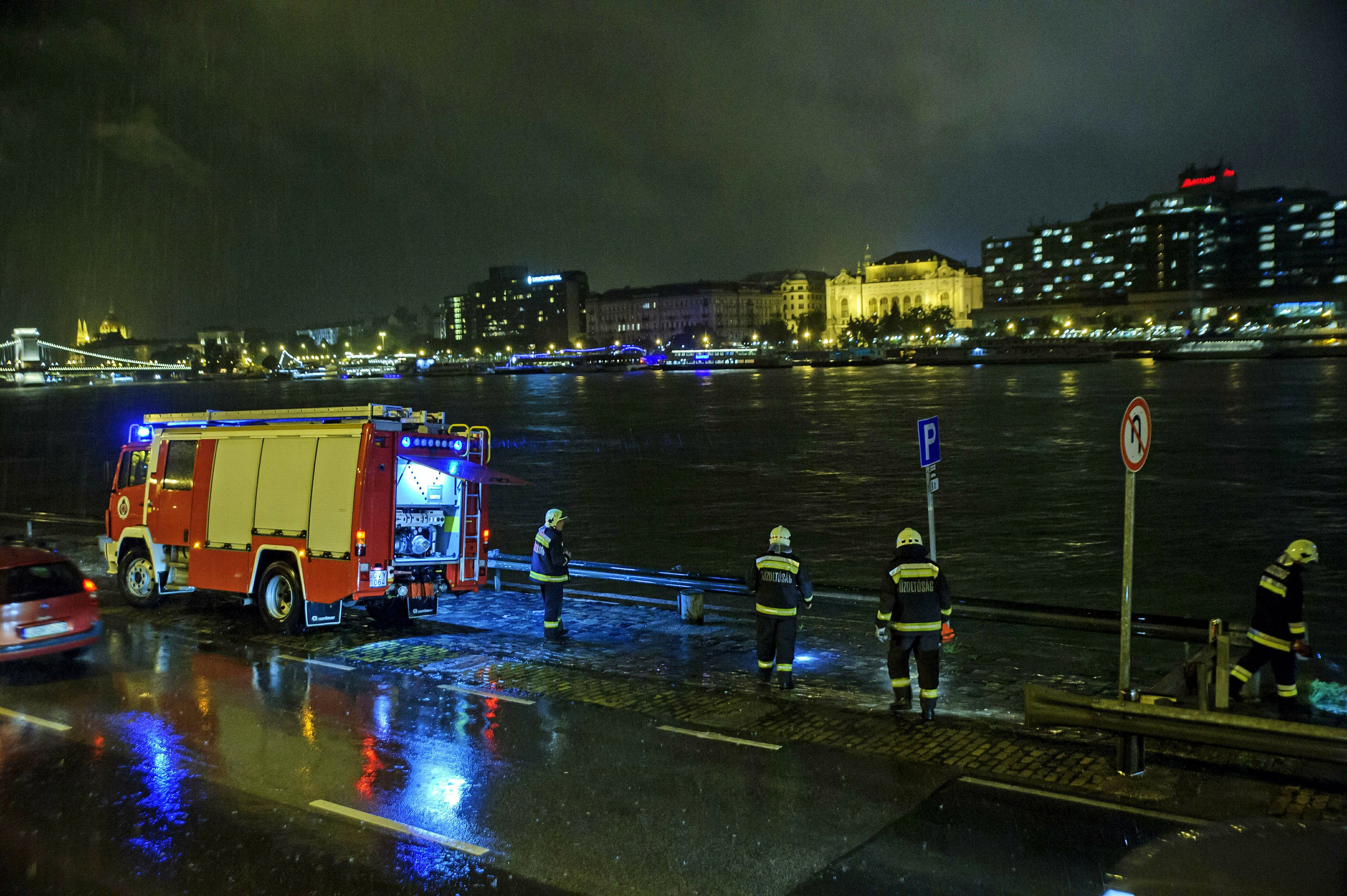 The two crew members were identified as Hungarian.

Moon’s spokeswoman Ko Min-jung said in Seoul that Moon also ordered the launch of a government task force led by Foreign Minister Kang Kyung-wha to deal with the accident and maintain close communication with the family members of the South Korean passengers.

The sunken boat was located early Thursday near the Margit Bridge, not far from the neo-Gothic Parliament building on the river bank.

Employees from the South Korean Embassy in Budapest were assisting Hungarian officials in identifying those rescued and the deceased.

Officials said searchers were checking the Danube for miles downriver from Budapest. The river was fast-flowing and rising as heavy rain continued in the city.

Earlier, the news website Index.hu said one of those rescued was found near the Petofi Bridge, which is about 3 kilometers (2 miles) south of Parliament.

Dozens of rescue personnel, including from the military and divers, were involved in the search.

The boat that sank was identified as the “Hableany” (Mermaid), which is described on the sightseeing company’s website as “one of the smallest members of the fleet.” It has two decks and a capacity for 60 people, or 45 for sightseeing cruises.

Mihaly Toth, a spokesman for the Panorama Deck boating company, said the “Hableany” was on a “routine city sightseeing trip” when the accident happened. He told state television that he had no information about any technical problems with the boat, which he said was serviced regularly.