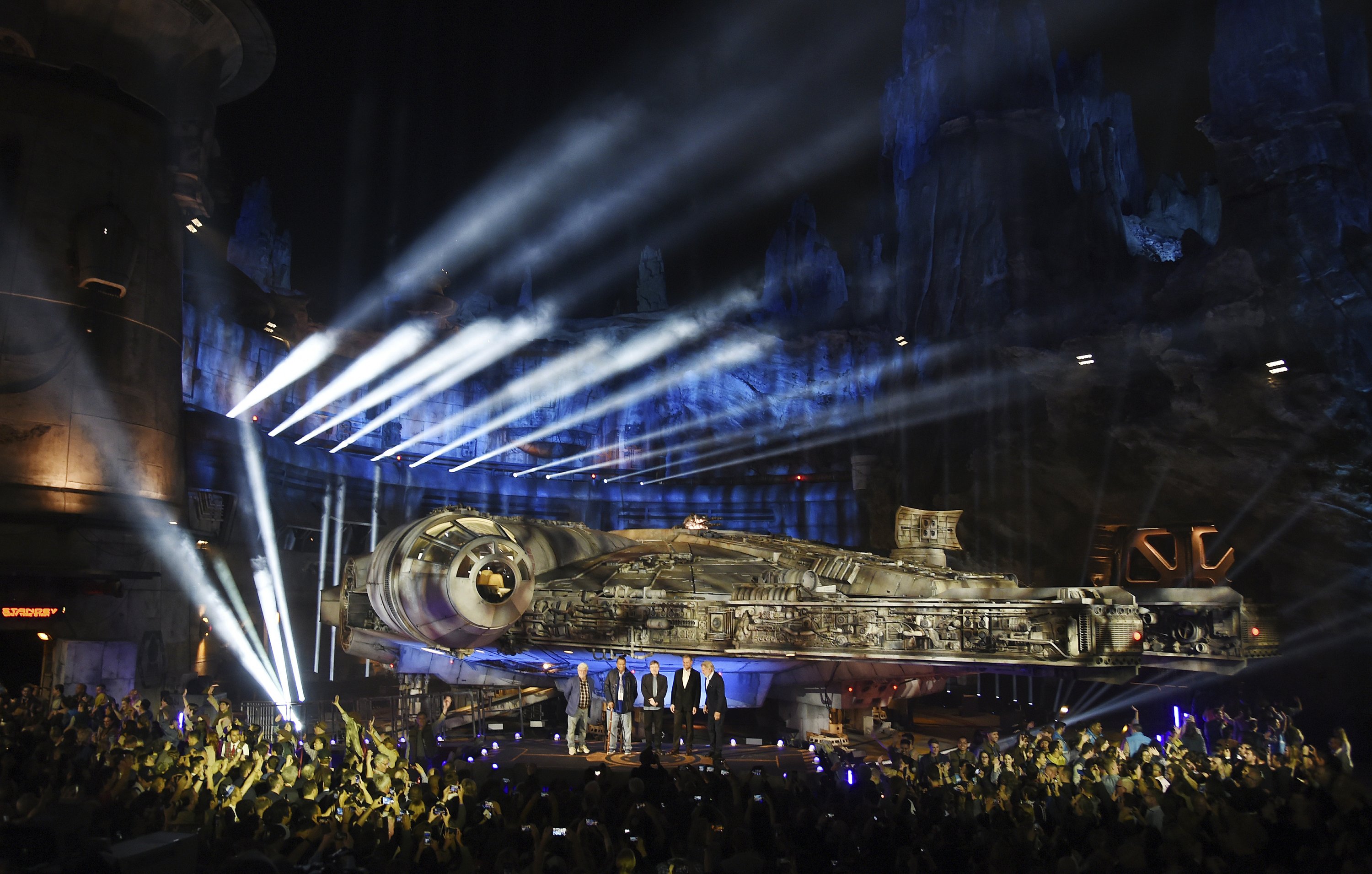 ANAHEIM, Calif. — From animatronic aliens to droidprints in the ground, Disneyland’s latest addition immerses visitors in a brand new locale in the “Star Wars” universe.

Every detail of the Star Wars: Galaxy’s Edge land is meant to look and feel like it was plucked from a “Star Wars” film, whether it’s the heads of fearsome creatures mounted on a shopkeeper’s wall or the massive replica of the Millennium Falcon where visitors can dogfight with TIE fighters.

The 14-acre land, the largest expansion in Disneyland history, is set to open at the Anaheim, California, theme park on Friday. But it will remain one of the galaxy’s most exclusive spots for several weeks, with reservations required to enter the area.

Disneyland on Wednesday hosted a preview for journalists, complete with fireworks and a ceremony attended by “Star Wars” creator George Lucas and three stars from the original trilogy: Harrison Ford, Mark Hamill and Billy Dee Williams.

The preview event offered the first look of the completed expansion before it is mobbed by visitors lured by its enchantments, which include familiar foods from the films, lightsabers, personal droids for sale and encounters with characters from the latest films, including Kylo Ren, Rey and Finn.