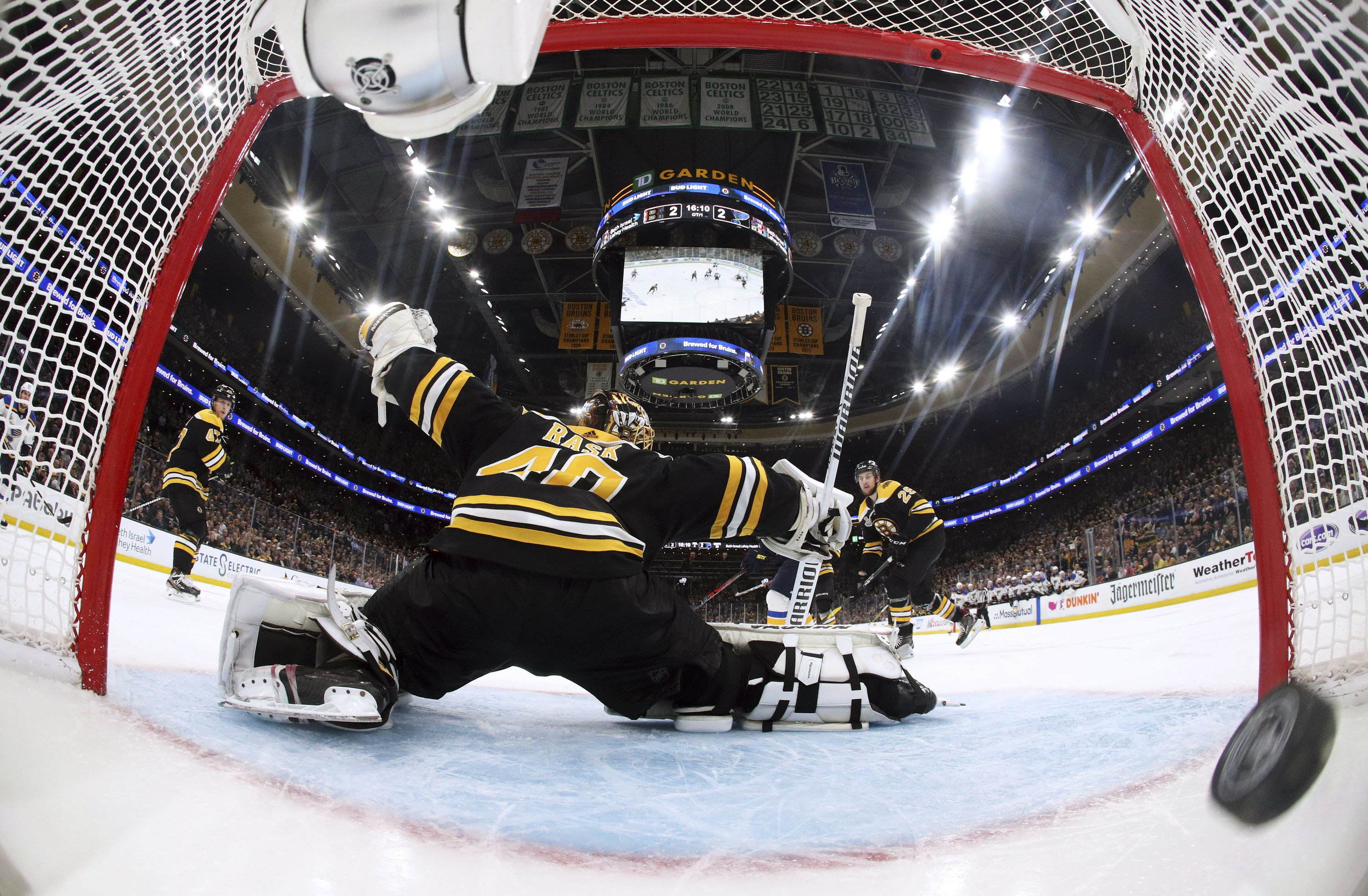 BOSTON — Blues defenseman Carl Gunnarsson bumped into coach Craig Berube in the bathroom before the start of overtime and told him: “I just need one more.”

“He hit the post in the third there, and he just felt good about himself, obviously. Which he should have,” Berube said. “I liked hearing it.”

After clanging the potential winner off the post in the final two-minutes of regulation, Gunnarsson scored on a delayed penalty 3:51 into overtime to give St. Louis a 3-2 victory over the Boston Bruins and tie the Stanley Cup Final at a game apiece.

Jordan Binnington made 21 saves, and Robert Bortuzzo and Vladimir Tarasenko scored in regulation to send a game in the championship series to overtime for the first time since 2016.

It was the Blues’ first victory in the Stanley Cup Final in franchise history after 13 straight losses.

“I guess that’s a little bonus and pretty cool if you think about it that way,” Gunnarsson said. “We’re pretty sure we’re not going to stop here.”

Charlie Coyle and Joakim Nordstrom scored and Tuukka Rask made 33 saves for Boston, which won 4-2 in Game 1 on Monday night for their eighth straight postseason victory.

Gunnarsson also assisted on Bortuzzo’s first-period goal and then hit the post behind Rask with about 2 minutes left in regulation. In the final minute, Boston’s David Pastrnak had a chance off a faceoff, but Binnington turned it away.

“Would have loved to have it in the third, but who cares?” Gunnarsson said on the ice moments after the victory. “It’s great, taking this home.”

After a furious first period that ended in a 2-all tie, the teams went on defense in the second. Despite four penalties, including a high-sticking, blood-drawing double-minor against Boston’s Connor Clifton, neither team was able to score.

It stayed tied through a hard-hitting third period, with both teams failing to convert good scoring chances and avoid overtime.

But after the break, it was all Blues.

Boston did not get off a shot in the overtime, and the Eastern Conference champs struggled to clear it out of their own zone. Alexander Steen drew a hooking penalty in front of the net, and the Blues pulled Binnington for an extra skater.

Gunnarsson worked it around to the blue line, passed it to Oskar Sundqvist and then got it back for a rifle shot over Rask’s stick side into the corner of the net.

“He got a second chance at it and made the most of it,” forward Brayden Schenn said. “The boys are happy for him.”

Gunnarsson also fed Bortuzzo midway through the first period for a shot that deflected off Matt Grzelcyk’s stick past Rask to make it 1-1.

Nordstrom scored just 40 seconds later to give Boston a 2-1 lead, but that lasted less than five minutes before Tarasenko took advantage of a mistake by Brad Marchand and lifted the puck over Rask with a second effort to tie the score again at 2.

“It was kind of like a crazy first. We got the lead, tie, lead, tie, kind of bounced back and forth,” Rask said. “It probably wasn’t our best game today.”

Grzelcyk left with about two minutes left in the first period after taking an elbow to the back of the head from Sundqvist. He left the arena for a hospital; Bruins coach Bruce Cassidy said he had no other update.

The Bruins did not score on the ensuing power play.

“They seemed to play with more urgency than they did in Game 1. We played with less. They were on top of us, tighter than in the first game. We didn’t seem to win as many races as we did in Game 1,” Cassidy said. “Some of that was self-inflicted. Some of that was how they played.”

Notes: New England Patriots coach Bill Belichick was the pregame banner waver. … The Bruins scored a power-play goal for the sixth straight game, the second-longest postseason streak in franchise history. They have had seven-game streaks three times, most recently in 1999. The 19 power play goals is also the No. 2 in Bruins playoff history, second to the 24 in 1991. … The Blues were without forward Robert Thomas, who hasn’t played since a hit from Torey Krug in Game 1. Defenseman Vince Dunn missed his fifth consecutive game. … Cassidy pulled Rask for an offensive zone faceoff with 1.2 seconds left in the second period. Neither team managed a shot.

The best-of-seven series moves to St. Louis for Games 3 and 4. The Blues hold the home-ice advantage and can win their first NHL title without needing another victory in Boston.