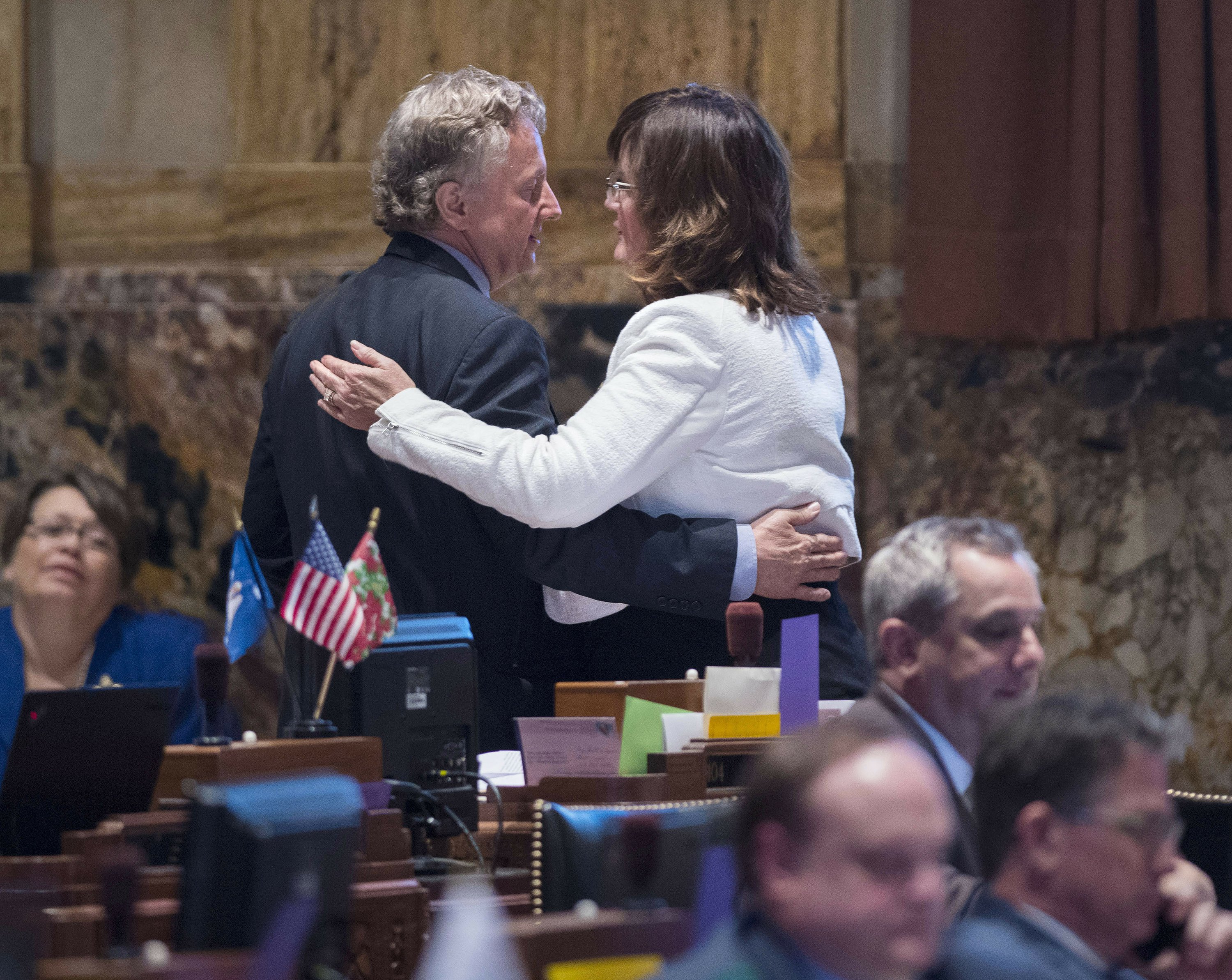 BATON ROUGE, La. — Louisiana lawmakers on Wednesday passed a strict new abortion ban that would prohibit the procedure before some women even know they are pregnant, joining a half-dozen conservative states with similar measures.

In a 79-23 vote, the Louisiana House gave final passage to a bill barring abortion once there’s a detectable fetal heartbeat, as early as the sixth week of pregnancy. Gov. John Bel Edwards, the Deep South’s only Democratic governor, supports the ban and intends to sign it into law despite opposition from national party leaders who say such laws are attacks on women.

“I know there are many who feel just as strongly as I do on abortion and disagree with me — and I respect their opinions,” Edwards said in a statement after the ban’s passage. “As I prepare to sign this bill, I call on the overwhelming bipartisan majority of legislators who voted for it to join me in continuing to build a better Louisiana that cares for the least among us and provides more opportunity for everyone.”

Lawmakers in conservative states across the nation are striking at the U.S. Supreme Court’s 1973 Roe v. Wade decision that legalized abortion nationally. Abortion opponents are pushing new restrictions on the procedure in hopes that a case will make its way to the high court and two new conservative justices appointed by President Donald Trump could help overturn Roe.

“When you can hear a baby’s heartbeat, that is proof that life is present,” said Rep. Valarie Hodges, the Republican who handled the ban in the Louisiana House. “How much do we value life?”

Georgia, Kentucky, Mississippi and Ohio have enacted similar so-called heartbeat bills, while Missouri lawmakers approved an eight-week ban on abortion. Alabama’s gone even further, outlawing virtually all abortions, even in cases of rape or incest. None of the bans has taken effect, and all are expected to face legal challenges.

Louisiana’s prohibition would take hold only if neighboring Mississippi’s law is upheld by a federal appeals court. A federal judge temporarily blocked that Mississippi law Friday.

Abortion rights activists said Louisiana’s bill would effectively eliminate abortion as an option before many women realize they are pregnant. Rep. Gary Carter, a Democrat who opposed the measure, said the ban violates privacy rights, taking away women’s constitutional protections.

“I believe the right to life supersedes every other right we have,” Hodges said.

Carter replied, his voice rising: “Who are you to tell a woman what they can and cannot do with their body?”

Republicans voted in a bloc for the bill, along with about a dozen Democrats.

The legislation includes an exception from the abortion ban to prevent the pregnant woman’s death or “a serious risk of the substantial and irreversible impairment of a major bodily function” — or if the pregnancy is deemed “medically futile.”

It does not include an exception for a pregnancy caused by rape or incest.

Most of Wednesday’s somber debate centered on whether to add that exception. The effort failed, winning support from only one-third of House lawmakers.

Republican Rep. Julie Stokes, who voted for the ban, stood at the microphone shaking as she urged her colleagues to support an exception.

Republican Rep. Alan Seabaugh objected to the exceptions, saying he’d support letting a woman execute her rapist, but “we don’t punish children in this country for the sins of the father.”

Under the bill, a doctor who violates the prohibition could face a prison sentence of up to two years, along with medical license revocation.

Although similar abortion bans have drawn sharp criticism from Democrats nationwide, Louisiana’s proposal won wide bipartisan support and was sponsored by a Democrat from the northwest corner of the state, Sen. John Milkovich.

Support from Edwards, running for reelection this fall against two Republicans, is expected to help shore up his position with some voters in his conservative home state, even if it puts him at odds with national Democratic Party leaders and donors.

The ban is one of several bills that Louisiana lawmakers are advancing to add new restrictions on abortion, including a proposal steps from passage to ask voters to rewrite the state constitution to ensure it offers no protections for the procedure. Another bill nearing the governor’s desk would limit where medication-induced abortions can be performed to the state’s three licensed abortion clinics.