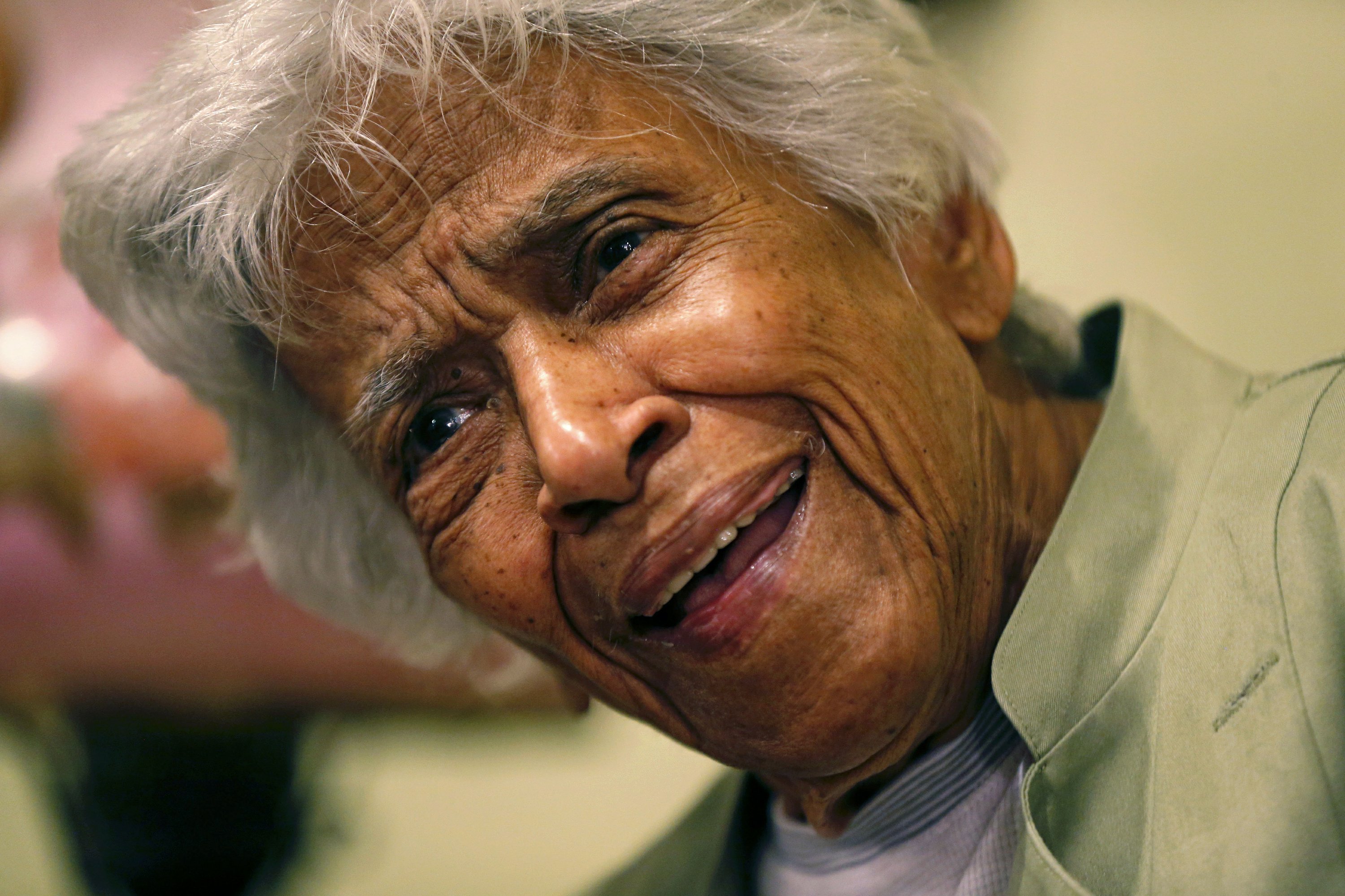 Chase’s family released a statement to news outlets Saturday night saying the “unwavering advocate for civil liberties” and “believer in the Spirit of New Orleans” died surrounded by family.

“Her daily joy was not simply cooking, but preparing meals to bring people together,” the statement read. “One of her most prized contributions was advocating for the Civil Rights Movement through feeding those on the front lines of the struggle for human dignity.”

Leah Chase transformed the Dooky Chase’s restaurant from a sandwich shop where black patrons bought lottery tickets to a refined restaurant where tourists, athletes, musicians and even presidents of all races dined on fare such as jambalaya and shrimp Clemenceau. The restaurant and Chase’s husband were both named after her father-in-law.

Chase’s determination propelled her from a small-town Louisiana upbringing to a celebrated chef who authored cookbooks, appeared on cooking shows and fed civil rights greats such as Thurgood Marshall and Martin Luther King Jr. Well into her 90s, Chase could be found daily at the restaurant, using a walker while greeting customers and supervising the kitchen. The power of food to transform a day and the desire to better her city drove her.

“I love people and I love serving people. It’s fun for me to serve people. Because sometimes people will come in and they’re tired. And just a little plate of food will make people happy,” she said during a 2015 interview with The Associated Press.

At a time when other black Creole women were working in the city’s garment industry, Chase worked as a waitress in the French Quarter, which exposed her to the segregated city’s pricey restaurants frequented by white people.

When she married Dooky Chase in 1946, his family restaurant had been open for five years, largely under the guidance of his mother. But Leah Chase wanted to make it a fine dining experience for black patrons along the lines of what she’d seen in the Quarter. Gradually, she introduced silverware on the table, tablecloths and Creole dishes.

During the civil rights movement, Dooky Chase’s became known as a place where white and black activists could meet and strategize about voter registration drives or legal cases. Although Chase and her husband were breaking the law by allowing blacks and whites to eat together, the police never raided the restaurant.

Chase would also send food to civil rights leaders when they were in jail, sniffing her nose at the idea of them eating prison food.

Sybil Morial, a longtime friend of Chase, said she’s eaten hundreds of meals at Dooky Chase’s where she was courted by her late husband, Ernest “Dutch” Morial, the city’s first black mayor. On visits to New Orleans, Thurgood Marshall and other lawyers would work with Morial’s husband and NAACP lawyer A.P. Tureaud, and then head to Dooky’s for a meal.

“It was a haven for them to refresh themselves with wonderful gumbo and it was a place where they could strategize after a hard day’s work,” Morial said.

Chase never boasted about it, saying simply that she did what she thought she had to do.

Hurricane Katrina devastated her restaurant in 2005, leaving 5 feet (1.5 meters) of water in the dining room for weeks. When the waters receded, mold was everywhere.

Chase was already into her 80s, but there was little question regarding the restaurant’s fate. She and her husband evacuated to Birmingham, but returned and lived in a FEMA trailer next to the restaurant for months while they rebuilt. Her husband died in 2016, at which point the couple had been married for seven decades.

Her food always reflected her city, a Creole mixture of Spanish, French, African and other cultures that have influenced New Orleans. She enjoyed the new culinary influences in the city such as the growth of Vietnamese or Jamaican restaurants. But she pushed back against the notion that hers was a “soul food” restaurant.