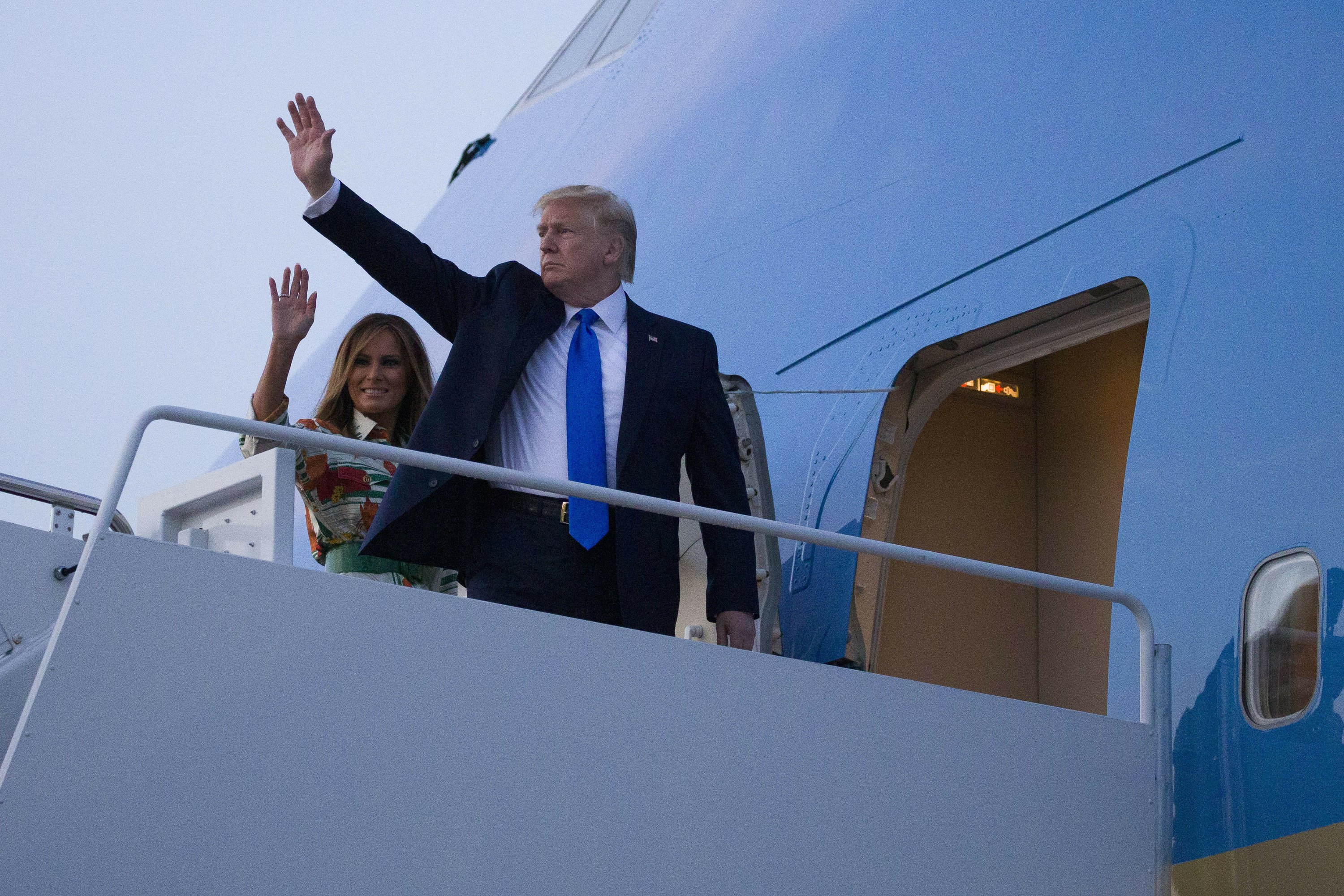 LONDON — The Latest on President Donald Trump’s visit to Europe (all times local):

President Donald Trump has started his trip to Britain with an attack on London Mayor Sadiq Khan, who says the U.S. leader should not be honored with a state visit.

Moments before Air Force One landed at Stansted Airport near London, Trump tweeted that Khan was a “stone cold loser” who “by all accounts has done a terrible job as Mayor of London.”

Trump said Khan “should focus on crime in London, not me.”

In a newspaper column on Sunday, Khan said Trump was “one of the most egregious examples of a growing global threat” from the far-right to liberal democracy.

Khan has been a frequent critic of Trump and gave permission for an inflatable blimp depicting the president as a screaming baby to be flown near Parliament during the president’s trip to the U.K. last year. Protesters plan to fly the blimp again during Trump’s three-day state visit.

President Donald Trump has arrived in the U.K. on the first leg of a trip that will include commemorating the 75th anniversary of D-Day during a ceremony at the Normandy American Cemetery in France.

The agenda for Trump’s weeklong journey is largely ceremonial: a state visit and an audience with Queen Elizabeth II in London, D-Day commemoration ceremonies on both sides of the English Channel and his first presidential visit to Ireland.

But Trump’s visit also comes at a fraught time in British politics, with Prime Minister Theresa May stepping down as leader of the Conservative Party on June 7 over the country’s Brexit turmoil. Lawmakers in Parliament have repeatedly rejected May’s Brexit divorce deal with the European Union.

Trump will meet with May, but Monday’s focus will be on elaborate ceremonies honoring the president. It begins with Queen Elizabeth II holding a grand welcoming ceremony at Buckingham Palace, moves on to a formal tea with Prince Charles and ends with a sumptuous state banquet Monday night.

President Donald Trump is headed back to Europe, where on previous visits he has strained historic friendships and insulted his hosts. This time, he faces an ally in turmoil and a global call to renew democratic pacts.

The agenda for Trump’s weeklong journey is both ceremonial and official: a state visit and an audience with Queen Elizabeth II in London, D-Day commemoration ceremonies on both sides of the English Channel and his first presidential visit to Ireland, which will include a stay at his coastal golf club.

But the president will arrive at a precarious moment, as he faces a fresh round of impeachment fervor back home and uncertainty on the other side of the Atlantic Ocean.

British Prime Minister Theresa May will step down days after Trump visits and French President Emmanuel Macron is expected to use the 75th anniversary of the World War II battle that turned the tide in Europe to call for strengthening the multinational ties the U.S. president has frayed.

Trump is to arrive in London on Monday for a two-day whirlwind of pomp, circumstance and protests, including meetings with the royal family and an extravagant state dinner at Buckingham Palace. He is likely to be shadowed by demonstrators, who during his last visit flooded the streets and flew an inflatable balloon depicting the president as a baby.

On his most recent European visit, last November in France, Trump faced strong criticism after skipping a ceremony at an American military cemetery to mark the 100th anniversary of the end of World War I when rain grounded his helicopter.