Trial to open against Thomas Keller and his 3-star eateries 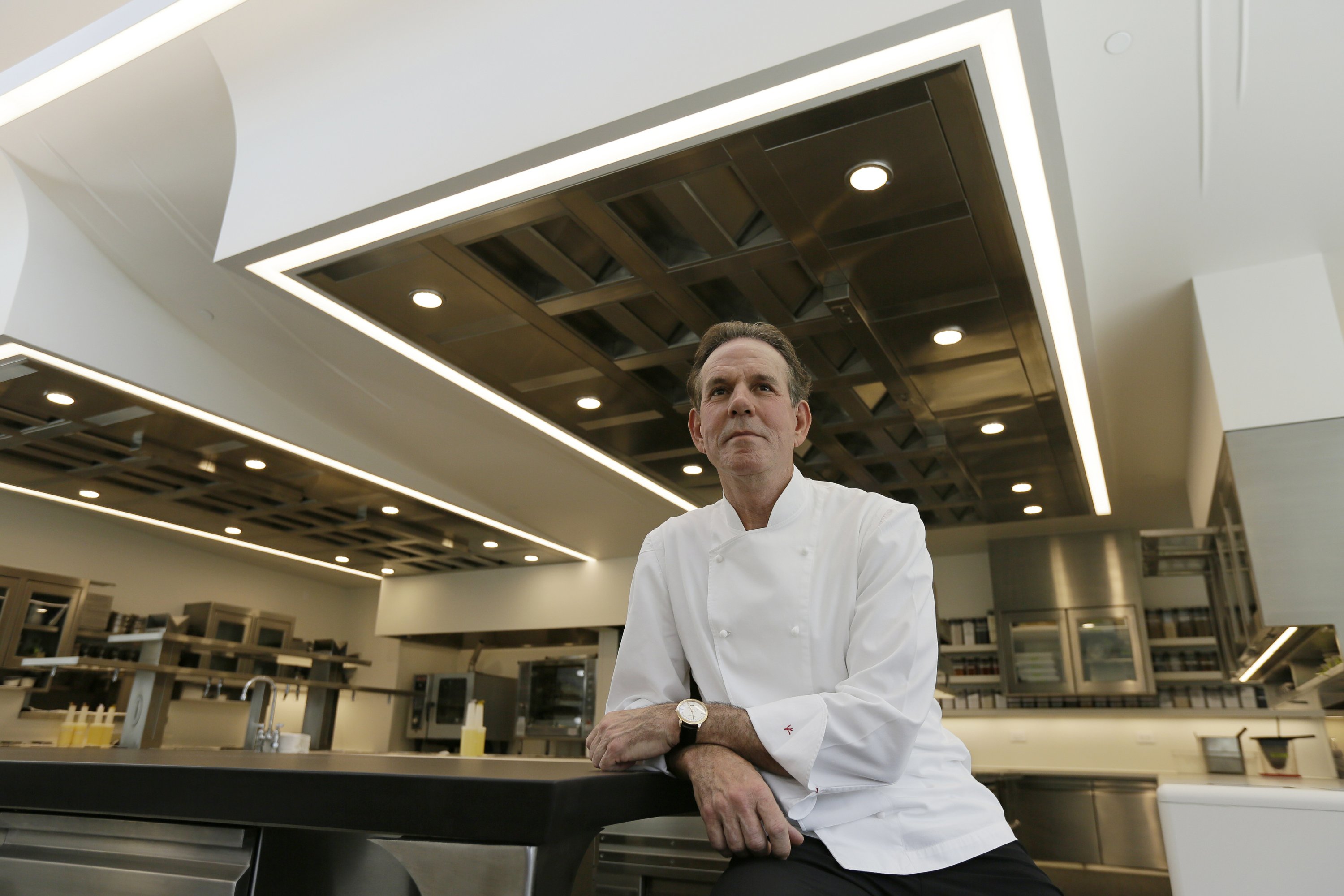 SAN FRANCISCO — A former employee of celebrated chef Thomas Keller is suing him and his three-star Michelin restaurants — Per Se in New York and the French Laundry in California — for discrimination, saying she was denied a job transfer and ultimately let go because she was pregnant.

Vanessa Scott-Allen is seeking $5 million in damages for allegations that include sex discrimination and violation of pregnancy disability leave and says she hopes her trial, which starts Monday, will draw attention to a “culture of misogyny in fine dining,” said her attorney, Carla Minnard.

“This is one of the last bastions where it is OK for women to be discriminated against,” Minnard said. She said the trial will highlight antiquated traditions in the fine dining world where men are favored for high-paying “front of the house” jobs and seen as more suitable to interact with high-paying guests. In the case of Scott-Allen, “they found out she was pregnant and figured out a way to backpedal on” a job transfer, she said.

The trial opens Monday in Napa County Superior Court. Keller is named as an individual defendant because he owns and controls the two restaurants. A Thomas Keller Restaurant Group spokesman, Pierre Rougier, said the company cannot comment on pending litigation.

Scott-Allen, 28, was hired at Per Se in 2011 as a kitchen server who plated food. She was promoted through the ranks until she was named a “captain” or head waiter at the restaurant, where set menus start at $355 per person and she earned a six-digit salary.

Scott-Allen returned to New York and hammered out details of moving to the California restaurant, eventually filling out the company’s internal transfer form in February 2016 and agreeing to start her new position that April, the lawsuit says.

In the interim, she learned she was pregnant and informed her bosses, who discussed it on company email.

“Apparently she is pregnant,” Minnillo wrote in a March 1, 2016, email to the company’s head of human resources, cited in court filings. “She never mentioned this to me. I am confused how to proceed.”

“Well, unfortunately not much we can do,” Julie Secviar, head of HR for the Thomas Keller Restaurant Group, replied in an email, cited in court filings. “What was committed verbally or in writing?”

Scott-Allen’s lawsuit alleges that Secviar and Minnillo devised a plan to get rid of her by setting up a “sham interview” that would result in her being declared “not the right fit” for the French Laundry. Minnard said Minnillo admitted to the plan during a deposition. Minnillo and the two restaurants are named as defendants in the lawsuit.

On March 7, 2016, Scott-Allen was asked to sign a “Notice of Resignation” that management told her was a standard part of the transfer process, but her attorney says was a way to “dupe her into quitting.” As a result of resigning, Scott-Allen lost her health insurance and was unable to see doctors for first-trimester check-ups, the lawsuit says.

On March 10, Scott-Allen’s last day of work at Per Se, the restaurant’s internal bulletin published a picture of Keller hugging Scott-Allen with a message: “Thank you Vanessa! May your warmth, grace and impact shine just as brightly at TFL (the French Laundry) as it has here.”

In early April, she went to meet French Laundry managers and was asked about her pregnancy, including if she felt she could do her job while pregnant, how much leave she planned to take and when she expected to stop working, the lawsuit says.

Within a week, Minnillo told her “there is no position for you” and that he never intended to hire her. In a formal letter April 12, 2016, Minnillo and Secviar told her they were unable to offer her a job.