High security a reminder on 30th anniversary of Tiananmen 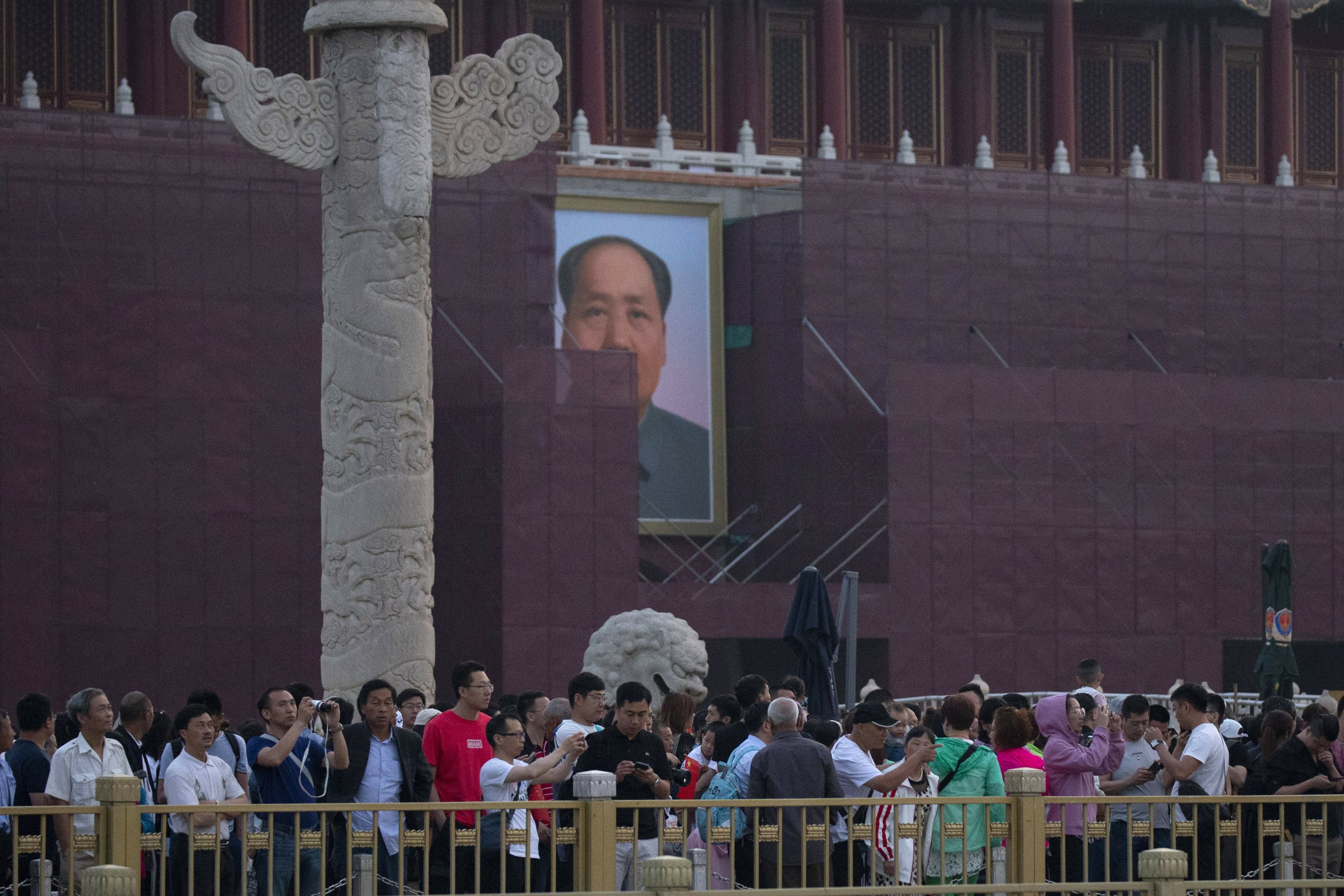 BEIJING — Chinese authorities stepped up security Tuesday around Tiananmen Square in central Beijing, a reminder of the government’s attempts to quash any memories of a bloody crackdown on pro-democracy protests 30 years ago.

Extra checkpoints and street closures greeted tourists who showed up before 5 a.m. to watch the daily flag-raising ceremony. An honor guard marched across a barricaded road and raised the Chinese flag as the national anthem played.

Foreign journalists were not allowed onto the square to record events.

Hundreds, if not thousands of people are believed to have been killed in 1989 when the government sent in the military to clear Tiananmen Square of protesters in an operation that began the night of June 3 and ended the following morning.

For many Chinese, the 30th anniversary of the crackdown will pass like any other day. Any commemoration of the event is not allowed in mainland China, and the government has blocked access to information about it on the internet.

When asked by foreign journalists, the government defends its actions on that night by pointing to the country’s economic success since then.

“The tremendous achievements in China’s development in the past 70 years have fully proven that the development path we have chosen is completely correct,” foreign ministry spokesman Geng Shuang said at a daily briefing Monday.

Analysts say the crackdown set the ruling Communist Party on a path of repression and control that continues to this day.

Thousands are expected to turn out Tuesday night for a candlelight vigil in Hong Kong, which has greater freedoms under a one country, two systems principle since the return of the former British colony to China in 1997.