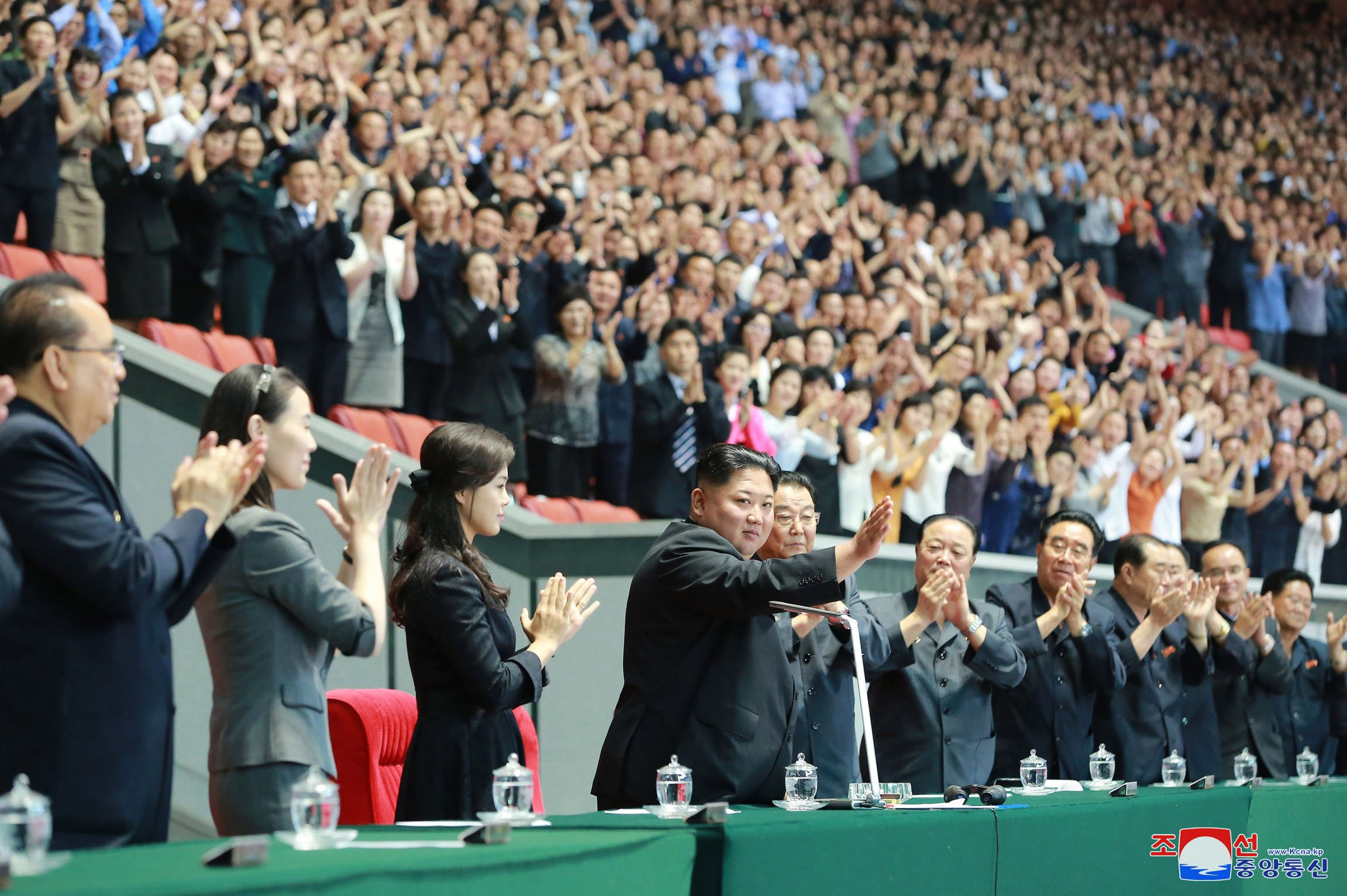 SEOUL, South Korea — The powerful younger sister of North Korean leader Kim Jong Un attended a public event in Pyongyang for the first time in more than 50 days, casting further doubt on media speculation he had ordered her to lay low over the failed nuclear summit with Washington.

North Korea’s state media on Tuesday showed Kim Yo Jong clapping aside her brother, his wife and other top officials at the 150,000-seat May Day Stadium where thousands of gymnasts, dancers and flip-card-wielding spectators worked in precise unison to perform “The Land of the People.”

The official Korean Central News Agency said the performers on Monday showed “beautiful and graceful rhythmic movements, high-spirited gymnastics, interesting national emotion and rich artistic depiction,” but also that Kim Jong Un was quite unhappy about their display. He seriously criticized the creators for their “wrong spirit of creation and irresponsible work attitude” and set forth “important tasks” to correctly implement the country’s revolutionary policy on literature and art, the agency said.

State media often reports on Kim scolding factory officials, educators and others perceived as not performing to his standards. The mass games events were once routine in North Korea but were on hiatus for several years during the mourning for Kim’s father and only returned last year.

Kim Yo Jong is a senior official of North Korea’s ruling party and is believed to be her brother’s closest confidant. She had accompanied him to his summits with President Donald Trump and South Korean President Moon Jae-in and had joined other dignitaries in the stands at last year’s Winter Olympics in South Korea.

But speculations about her status grew after she was left out from her brother’s trip to Vladivostok, Russia, in April for a summit with Russian President Vladimir Putin. North Korean media had last shown her at a meeting of the North’s rubber-stamp parliament on April 12.

South Korea’s conservative Chosun Ilbo newspaper last week cited an unidentified source to report that Kim Jong Un had ordered his sister to lay low following the collapse of his summit with Trump in February over mismatched demands in sanctions relief and nuclear disarmament. The newspaper had also reported Kim had punished his former top nuclear envoy, Kim Yong Chol, who North Korean media showed at the mass games and at a weekend concert of military wives.

Senior envoy Kim Hyok Chol, who the Chosun reported had been executed along with four Foreign Ministry officials for betrayal, has not been seen by the media since the end of the Trump-Kim summit in Hanoi, Vietnam, in February.

South Korea’s government and media have a mixed record on tracking developments among North Korea’s ruling elite, made difficult by Pyongyang’s stringent control of information about them. Although North Korea has previously banished or executed scapegoats to atone for major political flops, experts doubted the recent reports, saying such extreme punishments were unlikely unless Kim Jong Un was abandoning negotiations with the United States.

Cheong Seong-Chang, an analyst at South Korea’s Sejong Institute, said Kim Yo Jong would not have been seen at the Supreme People’s Assembly meeting in April had she been disciplined over the summit failure. Cheong said it’s more likely she was reappearing after a period of rest.