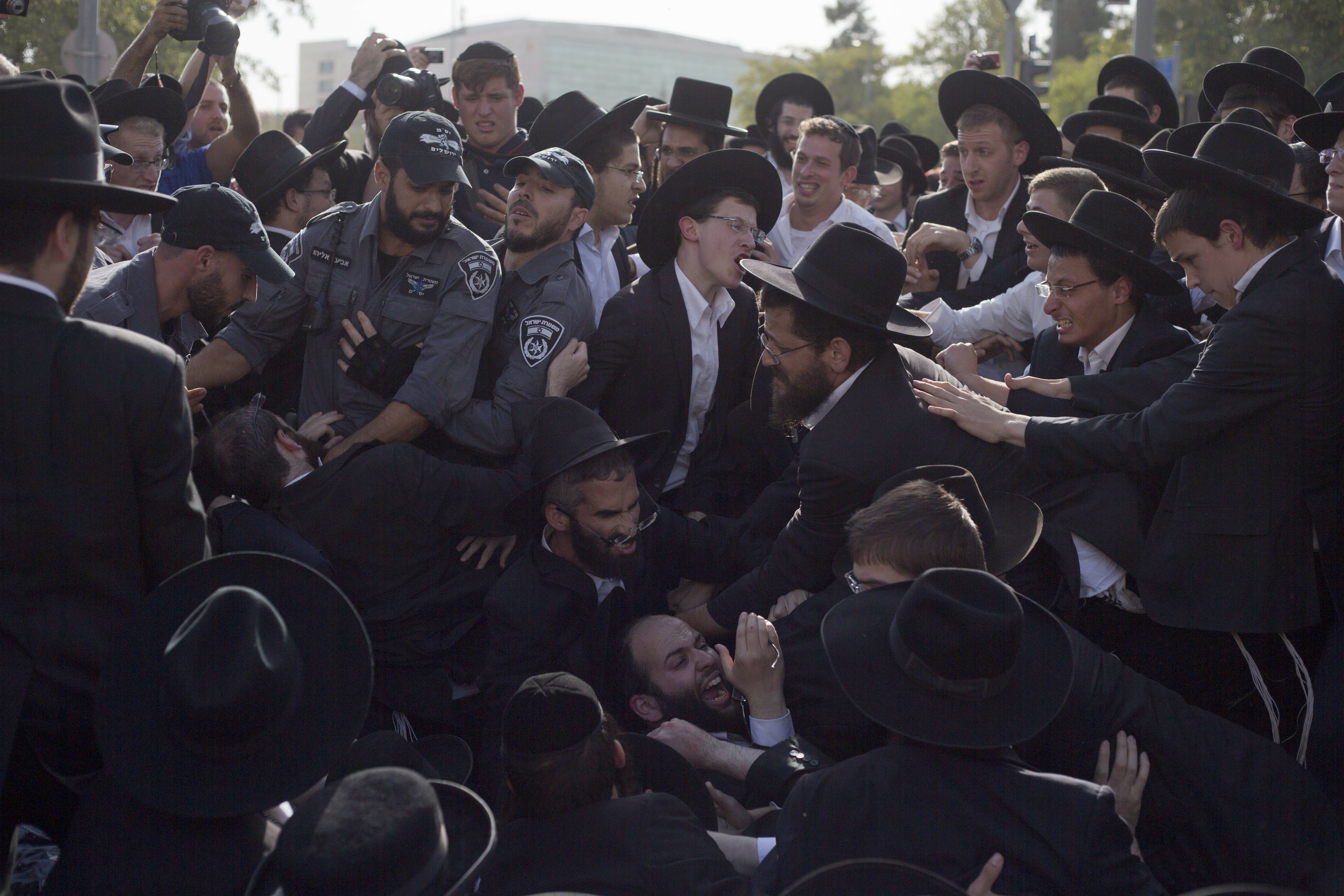 JERUSALEM — The trigger for Israel’s unprecedented repeat election touches upon one of the major fault lines in Israeli society — the role of the growing ultra-Orthodox Jewish community in modern life.

Prime Minister Benjamin Netanyahu’s prospective government collapsed last week over the issue of military draft exemptions for ultra-Orthodox men, a source of longtime resentment among the secular majority of Jewish Israelis who are required to serve.

The conflict over the draft law is just one of several deep disagreements over the role of religion in Israeli society. While the ultra-Orthodox parties wield significant political influence, experts say their cloistered communities are being left behind by modern society, with long-lasting negative consequences for the future of the country.

After appearing to win April 9 elections, Netanyahu was blocked from forming a governing coalition by his political ally turned rival Avigdor Lieberman, who insisted on passing legislation that would require young ultra-Orthodox men to be drafted into the military like everyone else.

Not only did Lieberman’s nationalist, yet secular, Yisrael Beiteinu party deny Netanyahu the chance to form his fifth government, it also all but guaranteed the issue will feature prominently in the upcoming campaign.

“I have nothing against the ultra-Orthodox community, and I think they should integrate,” Lieberman said after the new vote was called. However, he added: “You can’t have a government that is dictated to by one group alone.”

Lieberman has seen his core constituency of aging immigrants from the former Soviet Union shrink and has clearly identified secular rights as a winning campaign strategy. Though he has cut deals with the ultra-Orthodox in the past, he seems poised to run on a ticket that will oppose what he calls the “complete surrender of (Netanyahu’s) Likud to the ultra-Orthodox.”

While the Israeli political spectrum is often defined over where politicians stand on matters of Palestinian statehood, the internal divide is just as profound on matters of religion, and in particular the ultra-Orthodox parties’ status as political kingmakers in Israel’s fragmented parliamentary system.

The ultra-Orthodox have leveraged their clout over the decades to maintain a segregated lifestyle. They run a separate network of schools, raise large families on taxpayer-funded handouts and enforce a public status quo — such as preventing most commerce and public transportation on the Sabbath — that has enraged the secular majority. The ultra-Orthodox also wield a monopoly over matters of marriage, burials and conversions.

But in a country where Jewish males must typically serve three years in the army, the sweeping military draft exemptions have done the most to feed the visceral culture war.

“Giving one’s life for one’s country is the ultimate sacrifice. It is unconscionable that there are free-riders in Israel who have the gall to treat the rest of us as lower caste mercenaries to ensure their livelihood,” said Dan Ben-David, a Tel Aviv University economist and president of the Shoresh Institution for Socioeconomic Research, who has researched trends in the community.

He said the draft is “symptomatic” of something much bigger. “They ostensibly prefer not to enter modern society, but have no compunction about claiming its fruits, from modern health care through modern infrastructure to the extensive subsidization of their lifestyle,” he said.

The draft exemptions go back to Israel’s establishment in 1948, when the government allowed several hundred gifted students to pursue religious studies.

But the number of exemptions has grown exponentially since then, and ultra-Orthodox leaders have vowed to resist efforts to enlist them, insisting their young men serve the nation through prayer and study.

Ultra-Orthodox leaders fear that integration into the military will undermine their pious lifestyle, in which children learn scripture but very little math and English, and older men often avoid the workforce and collect welfare stipends while continuing to study full time.

There has been some progress on the fringes, but the leadership is still resistant to major change.

The military would not provide updated figures on inductees. But it has said in the past that the number has surged to the thousands thanks to efforts to cater to their needs, such as providing strictly kosher food, limiting contact with female soldiers and creating a schedule synchronized with prayer times.

Moshe Prigan, a retired captain who used to head the ultra-Orthodox immersion department in the air force, said there has been a constant rise in enlistment. In practice, he said that most religious males who are not full-time seminary students currently join the military, with their rabbis’ quiet acquiescence. But forcefully asking them to legislate it was one step too far.

“The ultra-Orthodox community is one that knows how to find solutions. It is more pragmatic than people think,” he said. “But you can’t force it to endorse something that goes against their belief.”

The ultra-Orthodox, with a high birthrate and large families, are the fastest growing segment in Israel. Economists warn that if left unchecked they will turn into too much of a burden on Israel’s economy, with a workforce not prepared for the challenges of the modern world.

The ultra-Orthodox currently make up just 7% of the country’s adults, but their great-grandchildren will be about half of all Israeli children in two generations, Ben-David said, creating what he called “a looming problem that needs to be addressed now.”

Finding a compromise won’t be easy, as repeated failed efforts have shown, and the charged issues have been repeatedly kicked down the road.

With little hope of resolving the Israeli-Palestinian conflict anytime soon, the divide with the ultra-Orthodox has taken on even greater urgency.

“It will be even more difficult to change direction after this if we don’t get our act together now,” Ben-David said. “I think we can. We have a history of doing the right thing when our back is against the wall.”