US aircraft carrier deployed over Iran remains outside Gulf 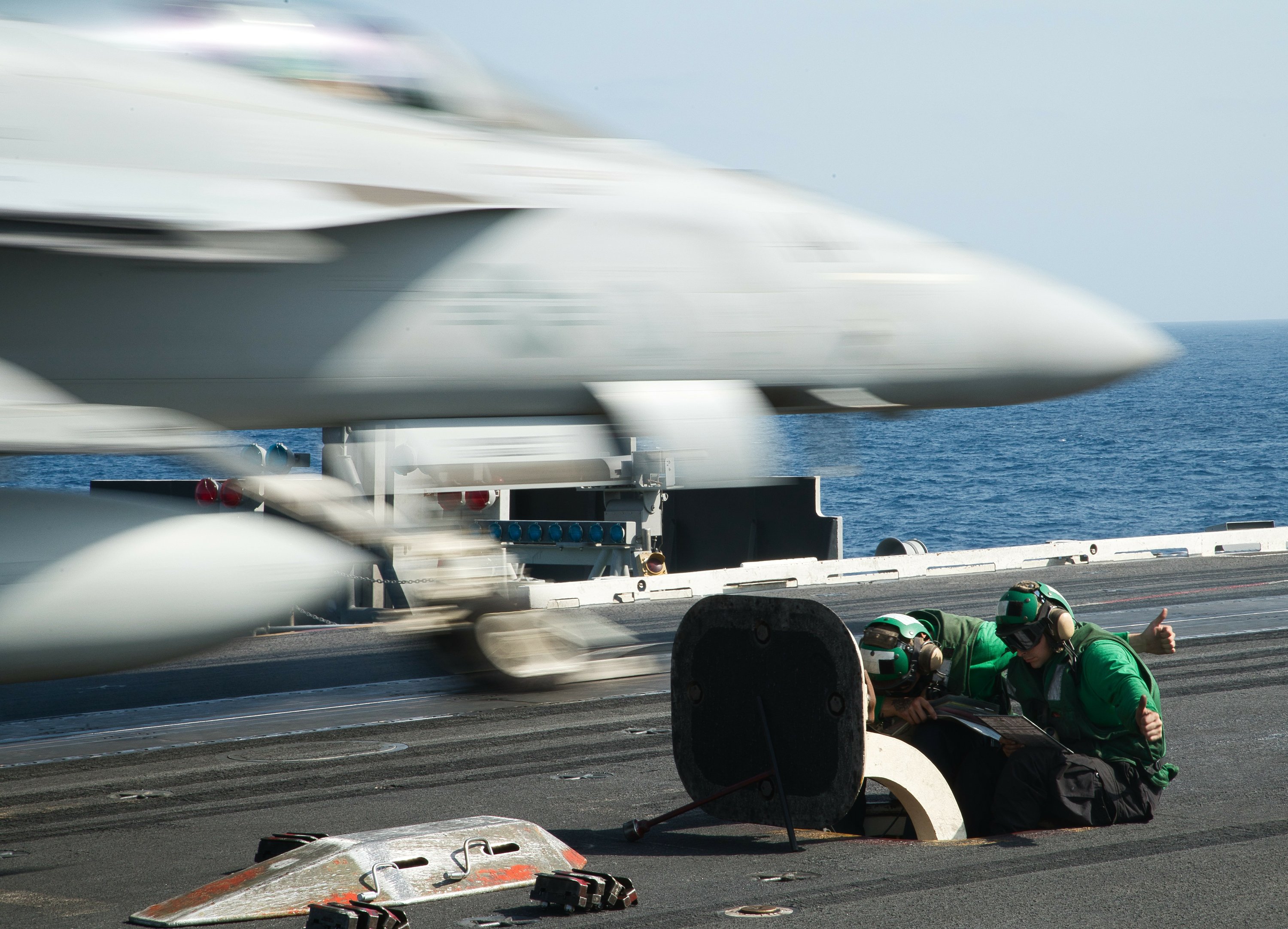 ABOARD THE USS ABRAHAM LINCOLN — A U.S. aircraft carrier the White House ordered to the Mideast over a perceived threat from Iran remains outside of the Persian Gulf amid efforts to de-escalate tensions between Tehran and Washington.

The USS Abraham Lincoln on Monday was in the Arabian Sea some 200 miles (320 kilometers) off the coast of Oman.

While U.S. Navy officials repeatedly declined to discuss why they hadn’t gone through the Strait of Hormuz into the Persian Gulf, they insisted they remain ready to launch any mission in the region.

However, Capt. Putnam Browne, the commanding officer of the Lincoln, also told The Associated Press: “You don’t want to inadvertently escalate something.”

The White House in May ordered the Lincoln and its strike group to speed to the Mideast. It’s also sent B-52 bombers and ordered hundreds of troops to the area.

Tensions with Iran have worsened since President Donald Trump pulled America out of Iran’s nuclear deal last year and imposed sanctions on Tehran.

On the 30th anniversary of the death of Ayatollah Ruhollah Khomeini, the founder of Iran’s Islamic Republic, the USS Abraham Lincoln hosted journalists from the AP and other media outlets. They spent some four hours aboard the vessel after a two-hour flight from the United Arab Emirates and were greeted by camera-carrying sailors who documented every part of their four hours onboard.

The day before, the U.S. Air Force announced a B-52 conducted a training exercise with the Lincoln that included “simulated strike operations.”

Thousands in Iran mark Khomeini’s death by visiting his golden shrine south of Tehran. This year, Iranian military officials reportedly plan to guard it with Hawk surface-to-air missiles, the same kind the U.S. delivered to the Islamic Republic in the Iran-Contra scandal.

However, in recent days, the Trump administration has stressed it is ready to speak to the Iranians without preconditions.

Asked about why the Lincoln hadn’t gone into the Persian Gulf, Rear Adm. John F.G. Wade, the commander of the carrier’s strike group, said that his forces could “conduct my mission wherever and whenever needed.” He declined to discuss any specifics about that mission, though he said Iran had presented “credible threats” to the region.

“They do impose a threat to our operations, but also to the safety and security of commerce and trade going through the Strait of Hormuz and that’s why we are here,” Wade said.

The Lincoln famously served as the backdrop of then-President George W. Bush’s May 2003 speech declaring combat operations over in Iraq, a banner reading “MISSION ACCOMPLISHED” hanging behind him. The majority of the war’s casualties came after.

On Monday, F/A-18s flew maneuvers over the carrier. Accompanying the Lincoln to the Mideast are three destroyers — the USS Bainbridge, the USS Mason and the USS Nitze — as well as the guided-missile cruiser the USS Leyte Gulf.

Capt. William Reed, the commander of the carrier’s air wing, laughed off any notion the situation was stressful.

“It’s just another day at the office,” he said from the carrier’s hangar as airmen worked on the ship’s F/A-18 fighter jets.

Capt. Chris Follin, the commodore of the destroyer strike group traveling with the Lincoln, shrugged off any concern.

“I wouldn’t want to go against that,” he said, nodding toward the ship’s sailors and warplanes. “Our mission is just to keep the peace.”