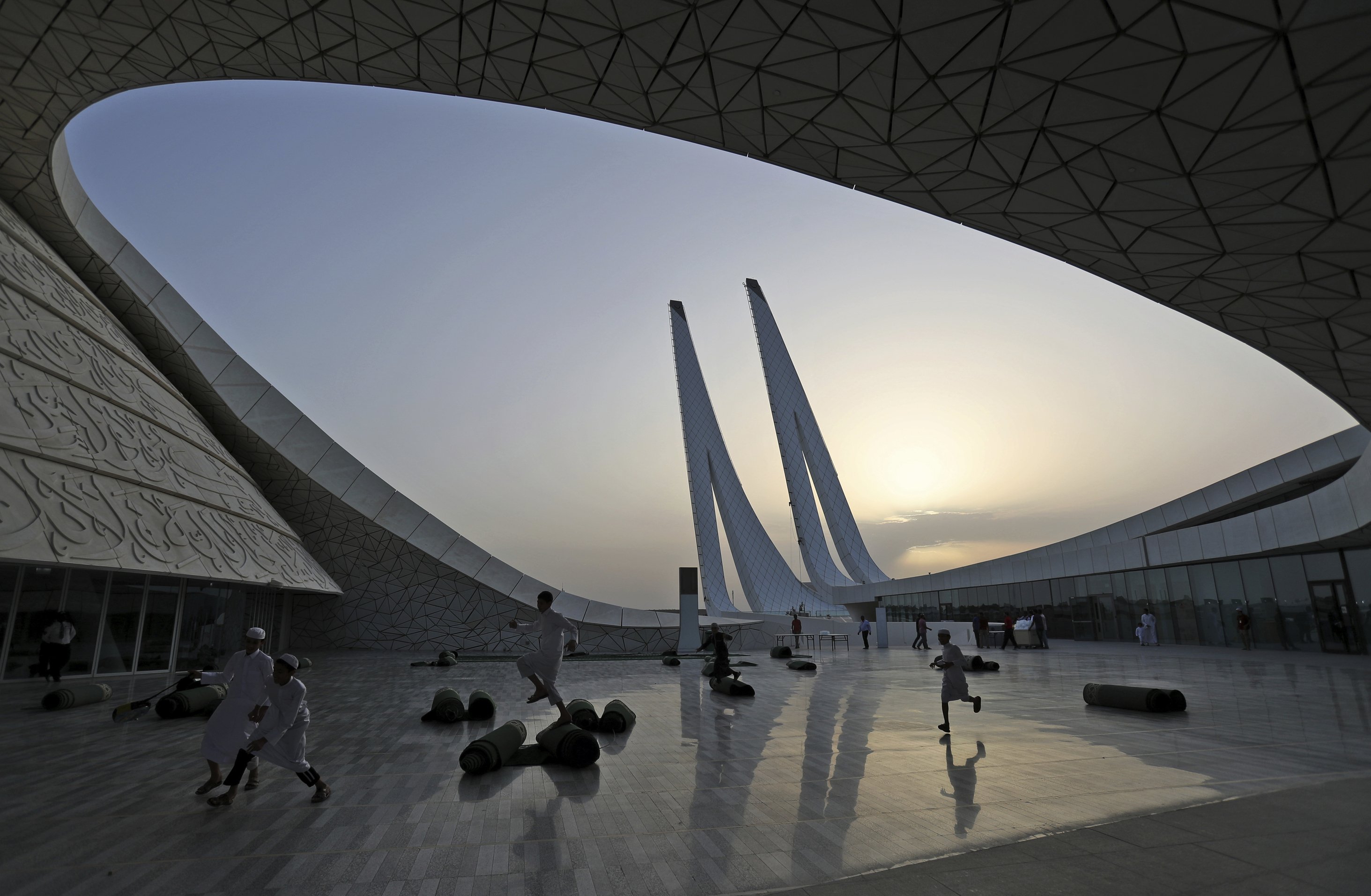 DOHA, Qatar — To all appearances, life in the Qatar capital of Doha still glimmers, nearly two years after its Arab neighbors declared a boycott of the tiny country.

Construction teams work around the clock to complete eight stadiums ahead of the 2022 World Cup. Visitors still flock to the city’s architectural gems, many designed by top world builders, and the city’s futuristic skyline shimmers over the Persian Gulf, projecting an image of wealth and stability in a region where tensions have soared in recent weeks.

Earlier this month, Qatar inaugurated Al Janoub Stadium, the first to be built from scratch ahead of the global soccer tournament. The firm founded by the late British-Iraqi architect Zaha Hadid designed the 40,000-seat stadium to resemble the traditional dhow fishing boats, some of which still ply the coast beneath the modern skyline.

The stadium has a retractable roof and a cooling system that allows it to host matches year-round, even during the country’s sweltering summers. The World Cup was moved from its usual June/July dates to Nov. 21 through Dec. 18 because of the heat, and was shortened to 28 days because of the interruption it causes to the European club season.

Gas-rich Qatar, a peninsular nation just 50 kilometers (30 miles) wide with a population of 2.7 million, will be the first Arab nation to host the World Cup, and its selection has not been without controversy.

Rights groups have long criticized labor practices in Qatar and other Gulf nations, which rely heavily on migrant workers, mainly from South Asia. Qatar has recently enacted some reforms, but activists still want all aspects of the “kafala” system lifted, including the requirements for exit visas for all workers.

In boycotting Qatar, Saudi Arabia, the United Arab Emirates, Egypt and Bahrain have accused it of backing extremist groups through its support for the Muslim Brotherhood and other Islamists across the region. They are also suspicious of Qatar’s close relations with Iran, with which it shares a massive offshore gas field. Qatar, which also hosts a large U.S. military base, denies supporting terrorism.

The boycott led to the closure of Qatar’s only land border, with Saudi Arabia, but has caused little pain. Qatar is one of the wealthiest countries on earth due to its natural gas reserves, and has been able to circumvent the boycott with help from its regional ally, Turkey, and other nations. For example, the country’s leading dairy and meat producer, Baladna Farm, imported cows shortly after the blockade cut off milk supplies from Saudi Arabia.

And Doha’s building spree continues. The National Museum of Qatar, designed by French architect Jean Nouvel, opened earlier this year. Inspired by the desert rose crystal, the buildings are shaded by clusters of large discs, while visitors enter through Islamic-style archways. The Qatar Faculty of Islamic Studies, designed by the London-based Mangera Yvars Architects, follows an infinite spiral plan inspired by Islamic notions of faith and learning.