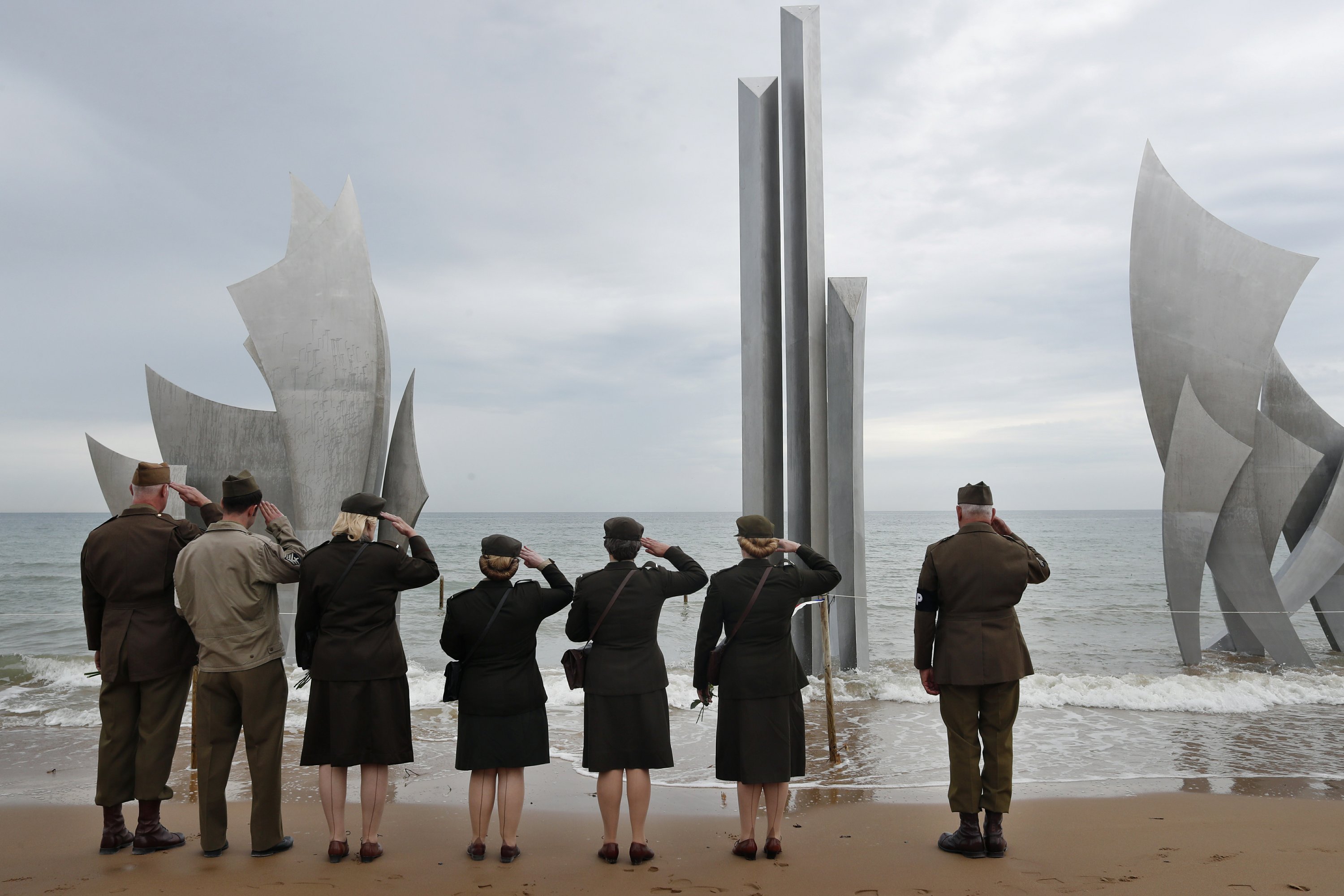 LONDON — Queen Elizabeth II is set to join British Prime Minister Theresa May, other world leaders and World War II veteran on the southern coast of England on Wednesday to honor the Allied soldiers who risked and gave their lives in large numbers 75 years ago for the D-Day invasion that helped liberate Europe from Nazi Germany.

Britain promised “unprecedented commemorations” in Portsmouth. Testimony from some of the more than 300 World War II veterans expected there and “one of the greatest British military spectacles in recent years” featuring a flyby of 24 vintage and modern military aircraft on the schedule.

But the event, which kicks off two days of D-Day anniversary observances, is intended to be a tribute to the soldiers who shaped history during the dangerous mission to reach beachheads and fight in German-occupied France.

“The Normandy landings 75 years ago were a moment of historic international cooperation,” May said. “And it is right that at the heart of today’s commemorations are the veterans who fought to secure the liberty and the peace that we now enjoy.”

Planning to attend are presidents, prime ministers and other representatives of the countries that fought alongside Britain in Normandy: the United States, Canada, Australia, Belgium, the Czech Republic, Slovakia, Luxembourg, Denmark, France, Greece, the Netherlands, New Zealand, Norway and Poland.

The leader of the country that was the enemy in 1944, German Chancellor Angela Merkel, also was invited.

In Portsmouth, dignitaries plan to read from historical documents linked to D-Day. In May’s case, it’s a letter written by Capt. Norman Skinner of the Royal Army Service Corps to his wife, Gladys, on June 3, 1944, a few days before the invasion. It was in his pocket when he landed in Normandy.

“I can imagine you in the garden having tea with Janey and Anne getting ready to put them to bed,” wrote Skinner, who was killed the day after D-Day. “Although I would give anything to be back with you, I have not yet had any wish at all to back down from the job we have to do.”

The observances will conclude President Donald Trump’s state visit to Britain, which the 93-year-old queen hosted. Elizabeth will be accompanied by her son, Prince Charles, at the event.

The focus shifts to France, where commemorations will be held at simple military cemeteries near the Normandy beaches where Allied troops landed and died.