Mexico says it sees good chance of avoiding 5% US tariff 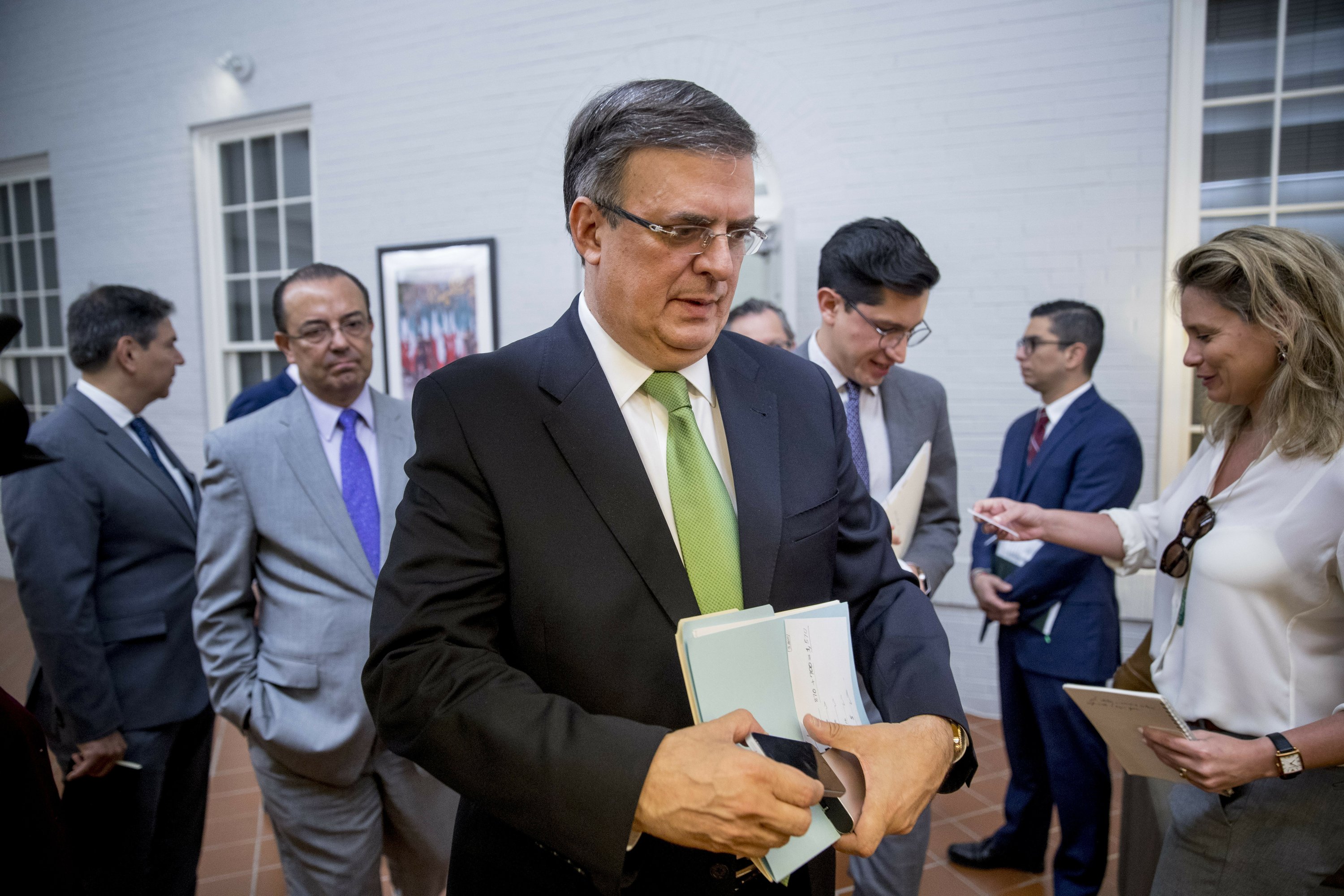 WASHINGTON — Mexico said Tuesday it thinks there’s likely to be an agreement with the United States this week that will avoid a 5% tariff on Mexican goods announced last week by President Donald Trump.

“By what we have seen so far, we will be able to reach an agreement,” Mexican Foreign Minister Marcelo Ebrard said during a press conference held at the Mexican embassy. “That is why I think the imposition of tariffs can be avoided.”

Ebrard added that despite his optimism, his team also will be ready for a non-agreement scenario.

Ebrard arrived in Washington over the weekend to meet Wednesday with Secretary of State Mike Pompeo. Mexico calls the potential tariff hurtful to both economies and useless to slow down the flow of Central Americans migrating north.

Mexico plans to stick to its usual strategy of not mixing the topic of migration with trade while negotiating. “We are not willing to mix them,” Ebrard said.

It is unclear what more Mexico can do — and what will be enough — to satisfy Trump, because the United States has not presented concrete benchmarks to assess whether the U.S. ally is stemming the migrant flow from Central America.

“As a sign of good faith, Mexico should immediately stop the flow of people and drugs through their country and to our Southern Border. They can do it if they want!” Trump tweeted Monday from London.

“We need to put our heads together and try to come up with a solution,” he said.

The tariff threat comes just as the administration has been pushing for passage of the USMCA, which would update the North American Free Trade Agreement.

Mexico and Canada already started the ratification process of the deal through their own Congress.