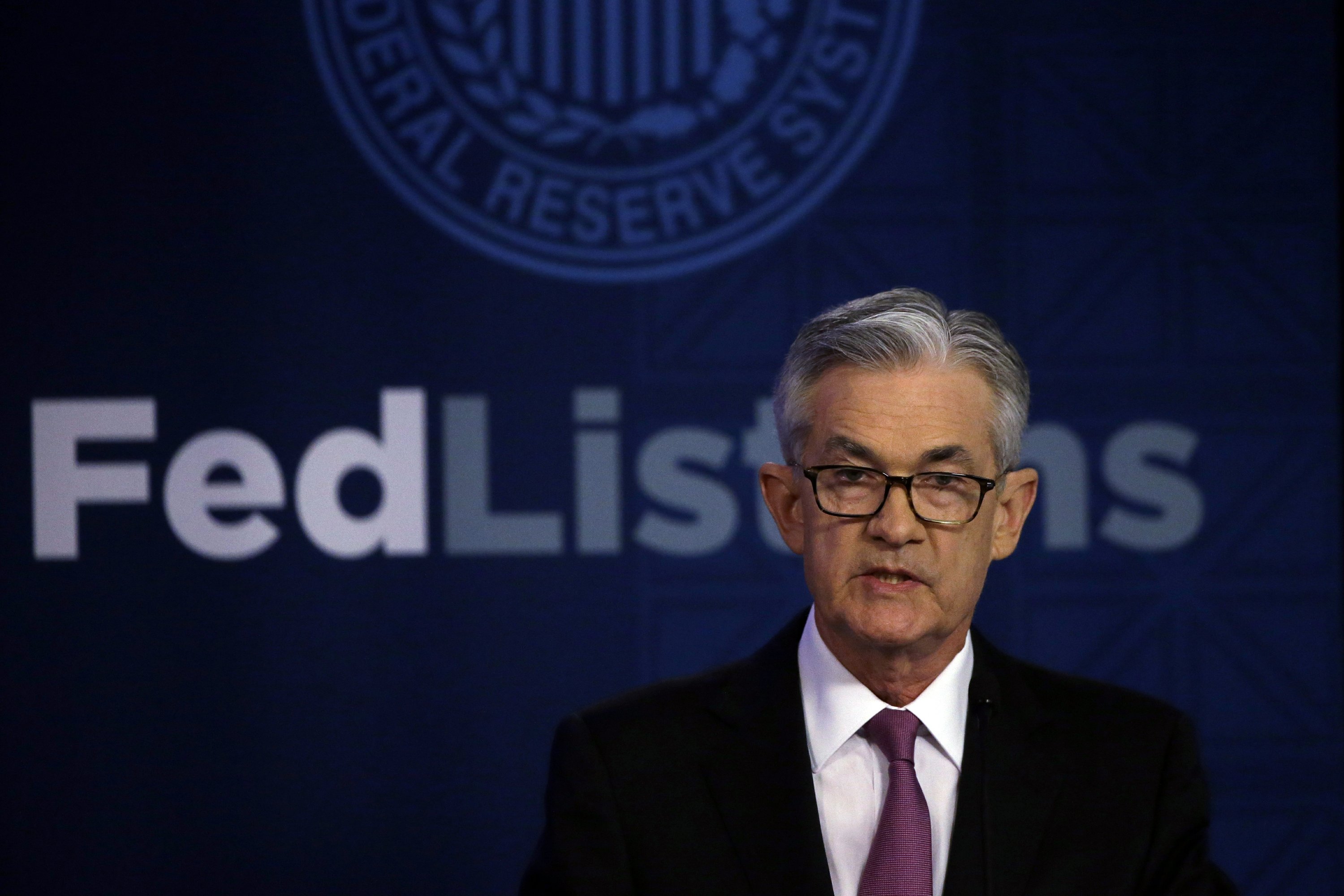 WASHINGTON — Chairman Jerome Powell said Tuesday that the Federal Reserve is prepared to respond to the Trump administration’s trade conflicts to protect the U.S. economic expansion if it decides that would be necessary.

Powell’s comments came at a conference in Chicago on how the central bank can make its interest rate policy more effective at a time when inflation has remained chronically below the Fed’s target level.

Powell called persistently low inflation the “pre-eminent monetary policy challenge of our time,” because it limits the Fed’s ability to support the economy by cutting rates.

The chairman didn’t specify in his remarks what the Fed might do to help bolster the U.S. economy, which is being buffeted by tariffs the Trump administration has imposed on China and has threatened to impose on Mexico.

In a news conference in London on Tuesday, President Donald Trump said that the tariffs on Mexico will start taking effect next week at a level of 5%, rising to a peak of 25% unless Mexico does more to assist in halting the flow of immigrants into the United States.

Economists have said the tariffs on goods coming in from Mexico, coupled with the expansion of tariffs on Chinese imports, will have significant economic impacts on the United States.

“We do not know how or when these issues will be resolved,” Powell said in his remarks. “We are closely monitoring the implications of these developments for the U.S. economic outlook and, as always, we will act as appropriate to sustain the expansion.”

Powell said that the Fed’s first-ever public review of its operations would focus on ways to improve the central bank’s interest-rate strategies, the tools it uses to achieve its objectives and the way it communicates its actions to the public.

The current expansion next month will become the longest period of uninterrupted growth in U.S. history, surpassing the 10-year expansion of the 1990s.

The Fed manages interest rates to achieve two goals, maximum employment and low inflation. While unemployment has fallen to a 50-year low of 3.6 percent, inflation has failed to rise to the Fed’s target of 2%. The Fed sees that target as the optimal level for annual price increases and worries if the price gains go too far above 2 percent or fall below that level.

However, the central bank’s efforts to achieve the 2 percent target have so far failed despite the fact that it kept its key policy rate at a record low near zero for seven years. It began gradually increasing its policy rate in December 2015.

After raising rates nine times, including four hikes last year, it declared in January that it would be “patient” in raising rates further. Most analysts believe that it will keep rates unchanged for the rest of the year. Some investors are even beginning to bet that the next move will be a rate cut later this year.

The policy rate at the moment is in a range of 2.25 percent to 2.5 percent, meaning that the Fed has less room to cut rates to stimulate growth.

What the central bank can do to manage the economy when inflation is so low and interest rates have little maneuvering room will be a key discussion topic at the two-day conference, which features the presentation of a number of academic papers.

“Our obligation to the public we serve is to take those measures now that will put us in the best position to deal with our next encounter with the ELB,” Powell said, referring to the effective lower bound for interest rates.

“With the economy growing, unemployment low and inflation low and stable, this is the right time to engage the public broadly on these topics,” Powell said.

In addition to the Chicago conference, the Fed is holding a number of listening sessions around the country to get input from the public.

Powell said that after this outreach, Fed officials will begin using their regular meetings to discuss possible changes. Private economists believe that the year-long review is likely result in only modest changes to current Fed policies.