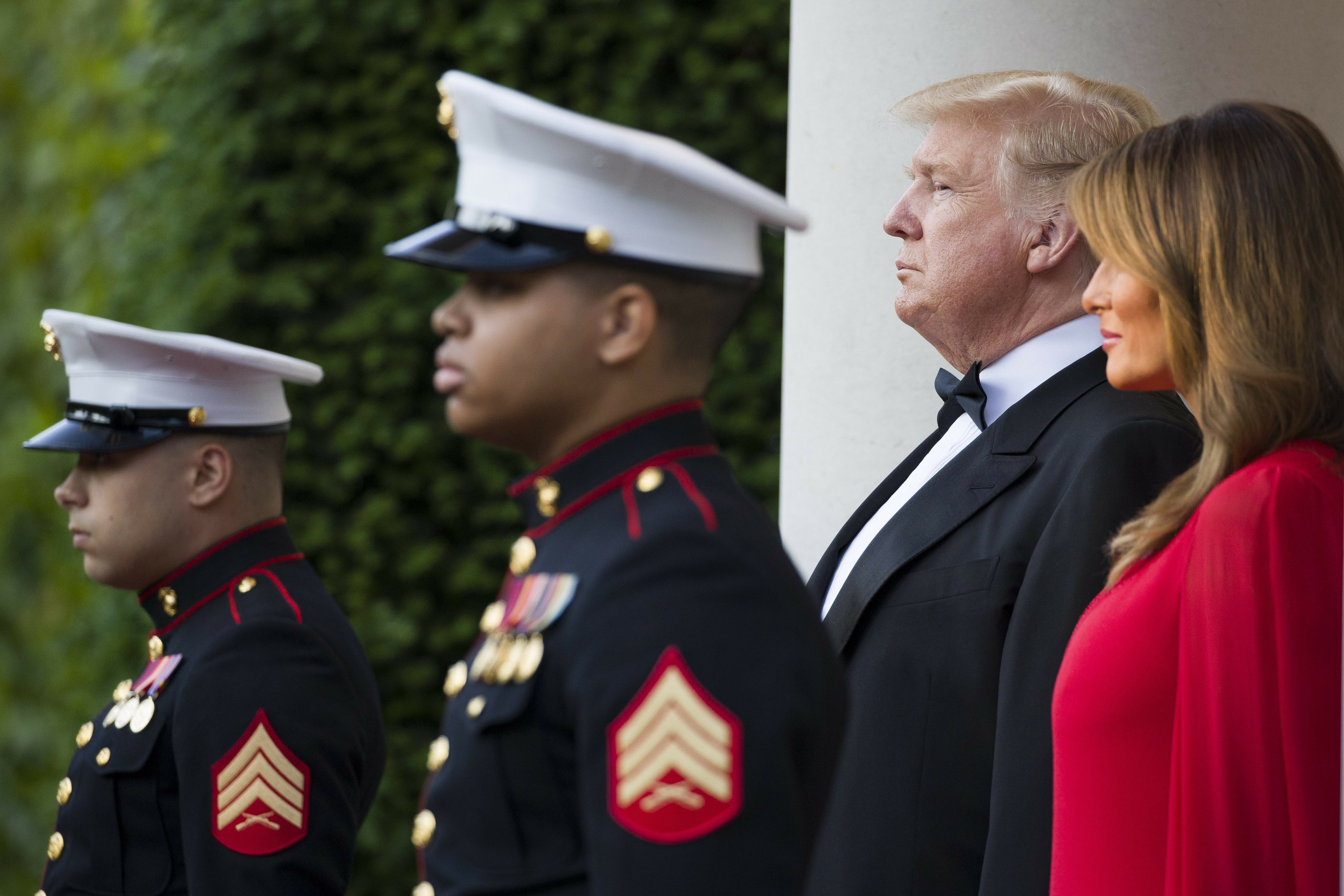 LONDON — President Donald Trump will pay his respects Wednesday to American service members and allies who helped rescue Europe from Nazi Germany as he enters the midway point of his European visit.

Trump will join Queen Elizabeth II and Prime Minister Theresa May at Portsmouth Naval Base, which served as a key launch pad for the forces that would land on Normandy. It will be the first of two events commemorating the 75th anniversary of D-Day that Trump is attending this week.

The president said in a news conference Tuesday he is grateful for the warm welcome he received from the royal family and prime minister as “we remember the heroes who laid down their lives to rescue civilization itself.” He played down the protests to his visit, describing the thousands of people who demonstrated in London as a “small protest.”

Trump has used his speeches to emphasize a longstanding bond between the U.S. and Great Britain. He noted that more than 1.5 million Americans were stationed in England in advance of the invasion.

“The bonds of friendship forged here and sealed in blood on those hallowed beaches will endure forever,” Trump said at the news conference.

Trump and first lady Melania Trump also toured the Churchill War Rooms, the British government’s underground command center during World War II. Then it was time for a fancy dinner that the Trumps hosted at the U.S. ambassador’s residence for Prince Charles, his wife, Camilla, and other dignitaries. 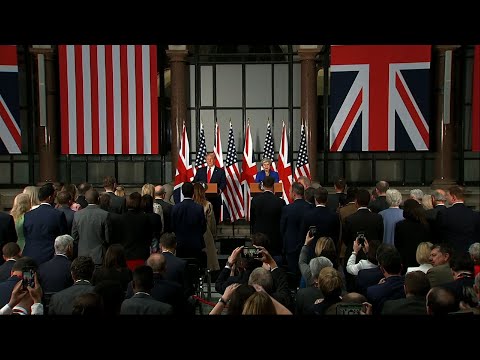 While at the Churchill War Rooms, he worked to clean up a diplomatic spat, telling “Good Morning Britain” host Piers Morgan he meant no royal insult when he used the term “nasty” in discussing the American-born Duchess of Sussex, Meghan Markle. The phrase generated a lot of media coverage and Trump has worked diligently to explain that he was speaking specifically on her comments about him, not about her.

Trump said: “She was nasty to me. And that’s okay for her to be nasty, it’s not good for me to be nasty to her and I wasn’t.”

Trump said the controversy did not come up when he spoke with Markle’s husband, Prince Harry, whom he says “couldn’t have been nicer.”

Trump will also make his first presidential visit to Ireland on Wednesday, spending two nights at his golf club in Doonbeg, which sits above the Atlantic. After Dublin balked at holding a meeting in the city, a deal was struck for Trump to meet Irish Prime Minister Leo Varadkar at the VIP lounge at Shannon Airport, hardly the grand setting usually afforded a meeting of world leaders.