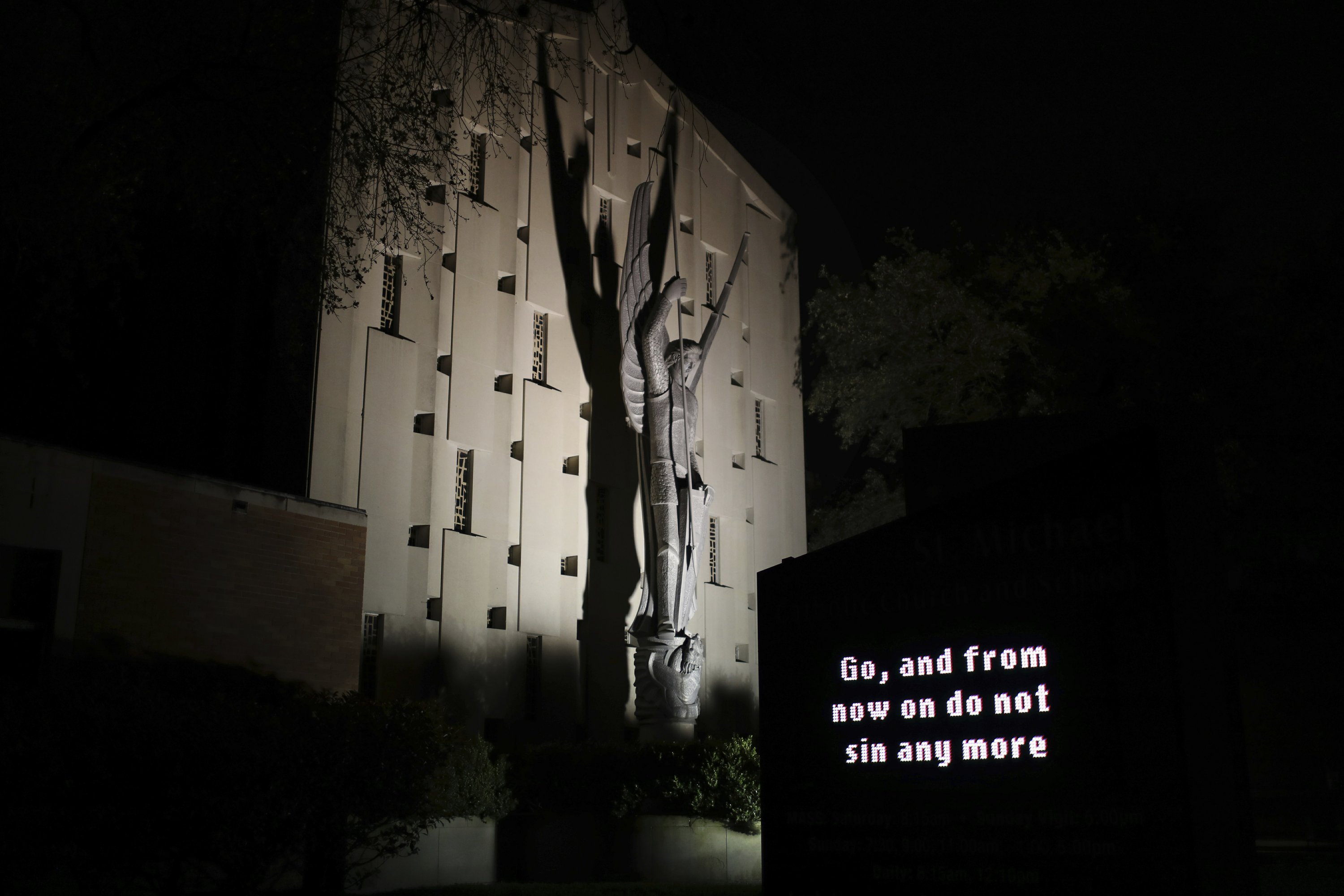 HOUSTON — The cardinal leading the U.S. Catholic Church’s response to the sex abuse crisis has been accused of mishandling a case alleging that his then-deputy manipulated a woman into a sexual relationship, even as he counseled her husband on their marriage, heard her confessions and solicited their donations.

The allegations against Cardinal Daniel DiNardo come just a week before he presides over a meeting of U.S. bishops to adopt new measures to hold church leaders accountable for sexual misconduct or for covering it up. Laura Pontikes, a 55-year-old Houston construction executive and mother of three, told The Associated Press that DiNardo has been negligent in her case, after she reported Monsignor Frank Rossi to the Galveston-Houston archdiocese in April 2016.

Pontikes reported that Rossi, the longtime chancellor and vicar general of the archdiocese, seduced her when she came to him for spiritual counseling at a low point in her life. Pontikes gave the archdiocese and the AP seven years of emails with Rossi to show her emotional dependency on him.

“He took a woman that went into a church truly looking for God, and he took me for himself,” she said.

DiNardo initially declared her “the victim” and thanked her for coming forward, and his staff told her Rossi would never be a pastor or counsel women again, according to Pontikes. But a few months later, DiNardo allowed Rossi to take up a new assignment as pastor at Our Lady of the Pines in Woodville, Texas.

The archdiocese told AP the relationship was consensual. In a statement, it said DiNardo put Rossi, 62, on leave after receiving the complaint, and returned him to active ministry without restrictions in a new diocese based on recommendations from an out-of-state “renewal” program for clergy that he had completed. DiNardo’s archdiocese said it informed Rossi’s new boss, Beaumont Bishop Curtis Guillory, of his violation of the chastity vow and his time in the program.

On Tuesday, after the AP alerted the church that it was preparing a story, Guillory announced he had placed Rossi on temporary leave. The leave is pending the outcome of a criminal sexual misconduct investigation launched by Houston police after Pontikes reported Rossi in August.

Rossi’s attorney, Dan Cogdell, said Rossi was cooperating fully with the investigation and had met with police, but declined further comment.

The exact focus of the investigation isn’t known, but Texas law states that sex with an adult is without consent if a clergyman exploits a person’s emotional dependency on him in a spiritual counseling relationship. Pontikes’ Catholic therapist, Dr. Ken Buckle, said in a sworn affidavit that she was in crisis after being “seduced, betrayed and ultimately sexually victimized” by Rossi, and that the archdiocese’s decision to relocate Rossi to another parish was “highly distressing” to her because she felt he was a danger to other women.

Pontikes said she cannot sleep and can barely work after the betrayal by Rossi and the archdiocese.

“They’re not going to play with my life like this,” Pontikes said. “They just can’t get away with it.”

It’s the latest case of victims denouncing treatment by DiNardo and the archdiocese, which is known for its secrecy within victim advocacy circles. Prosecutors searched archdiocese headquarters in November after DiNardo left in ministry an accused priest now indicted on child indecency charges. The two victims in that case have said DiNardo disregarded their claims.

Pontikes first met Rossi in the confessional at St. Michael the Archangel Catholic Church in December 2007. His easy manner broke the ice, and soon the coiffed and charismatic preacher was calling her “Laura dear” and attending family dinners.

He actively solicited donations, including for an ambitious capital campaign to rebuild the parish rectory. In all, Pontikes estimated the couple gave the church more than $2 million over nine years.

Suffering from work and marriage problems, Pontikes phoned or emailed Rossi several times a day, and he responded with the attention she sought. Within a year she was questioning her growing feelings for Rossi, but he assured her that such closeness is common in spiritual direction.

During a Dec. 4, 2012 session of spiritual counseling in his office, Pontikes said, Rossi began a physical relationship with an intimate, sexual embrace. The next day, Rossi started email contact with the subject line “blessings.”

“It was wonderful to visit with you yesterday and continue to unfold the love of God in your life,” he wrote.

She said that was followed by instances of Rossi inducing her to perform sexual acts on him during spiritual direction in his office.

Pontikes’ husband, George, began reaching out to Rossi for help in March 2013 because of his wife’s increasing distance and irritability.

Rossi responded that same day: “My gut feeling is that she is on the verge of a breakdown due to the stress.”

Four days after that, on a Friday night after George had gone to bed, the priest and parishioner consummated the relationship, Laura Pontikes said. It was the first of up to half a dozen such sexual encounters over more than a year, she said. The archdiocese disputed her account and said the two never had intercourse.

Pontikes has also taken her case to the Vatican. She said Rossi absolved her of their sexual sins at confession, a serious canonical crime DiNardo never asked her about. The archdiocese said Rossi never heard her confession during or after the physical relationship. However, several references to confession are found in the email correspondence Pontikes gave the archdiocese.

The Vatican spokesman said Pontikes’ complaint is being reviewed.